After months of rumours, information leaked and all round buzz on the island of the gods the word is out.

The Dance Gods are coming ‘Godskitchen’ lands on the Legian Clubbing strip for its first annual summer residency in 2015 armed with first round announcement of international guests, residents and official venue landing straight at you for June 20th next week and we are excited!

Godskitchen’s reputation is a global force to be reckoned with. Their production is both innovative and at the top of the game introducing a different concept to the international arena tours each year including their Boombox tour and 3D events which you can check out some of the photos below that capture the staging and mindblowing visuals below.

Starks house, Bali’s newest super club which has just recently opened its doors is the perfect fit for the new found partnership and a welcoming attraction to the bustling Legian nightclub region.
The venues layout is very Ibiza’esque’ with open roof, indoor swimming area, mezzanine private booths , a massive video wall and a epic lighting rig something not yet seen in Bali.
Starks is about to bust out of the starting blocks with a explosive burst Godskitchen style with huge tunes, colourful performers and a production level thats made the globally renound brand what it is! 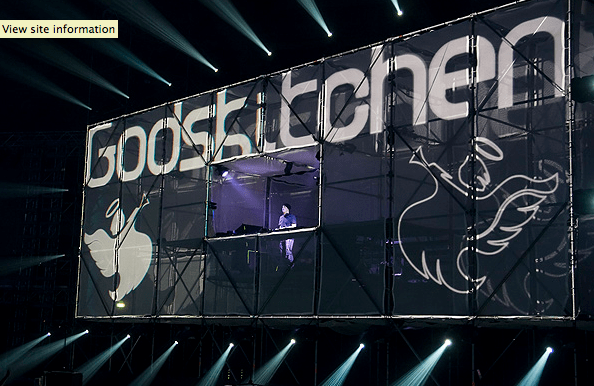 While staying in line with the local scene the team behind the scenes have landed two of the most influencial and current leaders of the Indonesia dance music industry.
Indonesian Residents Include:
Mahesa Utara (Vicious Records)
Bone (Spinach Rec)

While Godskitchen was born and bred in the Uk its established itself as a worldwide entertainment concept thats toured, established and made its mark is key markets globally including Las Vegas, Ibiza, Russia, Brazil and Australia while its sister brand and festival Global Gathering is the leading of all things on the international festival circuit and working with artists such as Armin Van Buuren, Tiesto, Deadmau5 and Carl Cox across all platforms.

June 20 cannot come quick enough and with the massive buzz in the air around Bali for Summer 2015 this just reinforces the fact that Bali is fastly becoming a destination globally for clubbing, festivals and all things dance music.