Tell us about the story of SASH? Its a Sydney Institution and on the map nationally but for the people in Bali and beyond we would love to hear more. The nights that went down at Legendary? The DJS that played in the early days and now have blown up.

For us, there are many stories associated with SASH that we deem legendary, far too many for this interview. We’re at our 4th venue now due to certain factors, and all have shared in the glory. From the beginning, long weekends (those where patrons don’t have the “hassle” of working MOnday) have always been huge! Our first venue ‘The White Horse’, they were always the biggest!

Once we moved to the beloved Abercrombie Hotel, a venue that has everything to do with the fact that you are reading this article right now (but more on that later), our events started to gain a lot more traction, as the set up for music was a lot more appealing. The music was now in an open air/terrace area, with a European feel to it in the middle of Sydney. As mentioned, the long weekends were always the craziest, and they went to another level when we moved here. The first was Easter 2012 with Roman Flugel & Gorge. From that point onward, long weekends in Sydney had changed (for us anyway) forever!!! We went from strength to strength for the next 10 months, with another 3 long weekends in that time, but on Feb 24 2013, we had an event that put our regular Sunday’s into overdrive. We hosted Dixon on our smallish terrace and crammed 750 people into the venue, where there were literally people hanging from the rafters, literally!!! There were people hanging in the cool room, we had a little ‘get away from it all’ area on the roof of the building, as downstairs was like a zoo! From that Sunday onward, it felt like things had changed.

Since moving to Home Nightclub, an institution when it comes to Sydney nightlife, we have seen the party and brand grow exponentially. With the capability to host 3000+, we did that exact thing just 2 weeks ago for the Queens Birthday long weekend hosing Terry Francis, the longest standing resident as Fabric London, Lovebirds, Pepperpot, Sei A, plus a host of Sydney’s and Melbourne’s best. SASH Birthday’s are always good and our 4th Birthday party back in April was as as epic as you could imagine. By tradition they’re always fancy dress, and this one saw 2500 pack in with probably two thirds dressed up. Some of my favourite gigs have been when it’s just been our residents Gabby, Jake Hough, Kerry (my business partner) and myself taking over the decks for the whole time. It’s what we base the music policy on, and it’s something that always works well.

Since we’ve started SASH many things have been on the radar for us to do and we have achieved all of them thus far. We’ve hosted warehouse parties, boat parties, areas at festivals, plus held our very first 3 day camping festival named ‘SASH Sleepout’ in September last year. There is so much more for us to do, but that you’ll have to wait for.

How do you find each city in Australia differs with the music, the crowds and the venues?
Are some cities more underground then mainstream with the tunes you are playing?
I honestly haven’ spent a lot of time outside of Sydney and Melbourne when it comes to parties, but in saying that, I know there is some quality music/parties/promoters in both Brisbane and Perth, plus smaller cities like Wollongong too.

The difference in scenes between Sydney and Melbourne is hard to put a finger on, but there certainly is a difference. The main thing, like many places is the weather. Sydney has a pretty temperate climate, whereas Melbourne in the winter is just plain cold. You can still do outdoor events in the middle of winter is Sydney, so I guess there’s that feeling that Sydney is very outdoorsy.

The quality of music, be it dj’s or producers, is the same from both cities. Same for events, both have some absolutely brilliant venues and promoters who fill them, but also both have the terribly mediocre and unashamedly mainstream. But hey, people like what they like.

How about your top 5 from the last 5 years?
Probably a little older than 5 years a few of these, but they’re always great to revert back to. 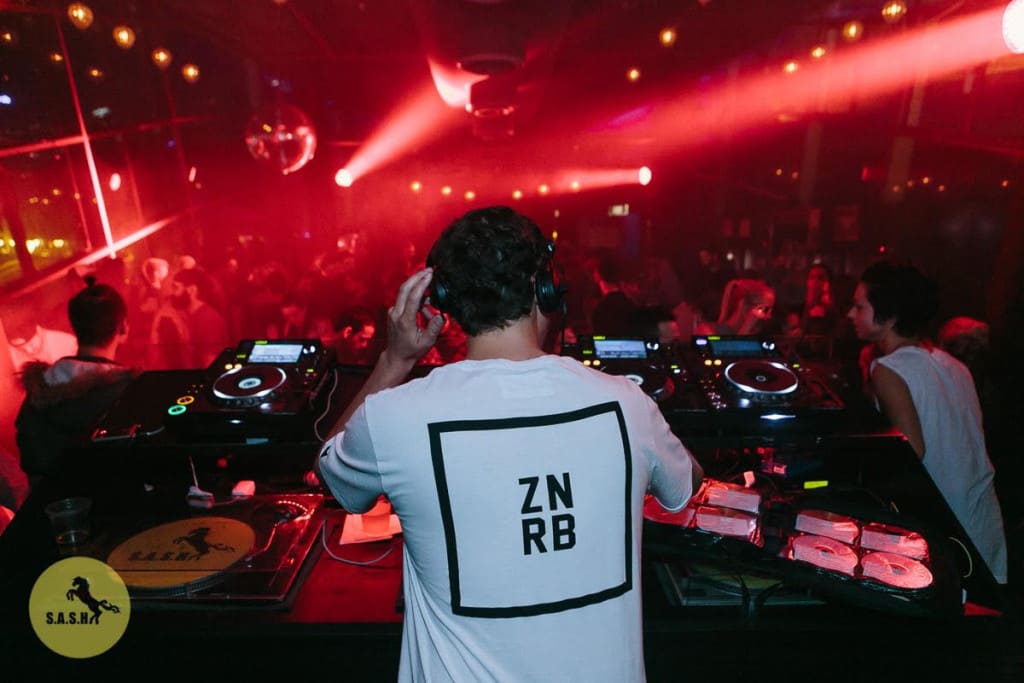 Where do you see the music going in the next 5 years? Techno and House music is as popular as its ever been right now and we cant get enough of it but we would love to hear your thoughts and why since you have been involved in shaping such a big part of it in Sydney.

In my opinion, when it comes to the underground sound, which I guess you could say has been fairly deep house orientated for the last few years is going to go one of two ways. The fact that the whole mainstream EDM/dubstep bullshit isn’t as big as it was 1,2 or 3 years ago, I feel that’s the direction that deep house will move. It will move into the commercial arena, and with that the producers making it (well) and the dj’s playing it (even better), will trend away from it once it hits the mainstream and go in 1 of those 2 directions I just said. Either a resurgence in tougher techno sounds, which have never gone anywhere, they’ve just been even more underground, or a resurgence in breaks. A lot of really good producers are now intertwining their sound with breaks already, and I have a feeling this could be the stronger of the two if I were to guess.

For those of us that dont know much about your background, can you tell us about your profile some more? Any production we dont know about? What was your first release and collaboration or any plans in the future?
My profile in regards to dj’ing, when I actually started to make a name for myself, all stems from a couple of early residencies I held. SPICE, is another example of an institution in the Sydney music scene. I first played there back in 2007, then held a residency there from 2008 through til the beginning of this year. It played a huge part in me being able to play exactly the music I wanted, to the people who absolutely wanted to hear it.

Another place that helped me do the same thing, just in a different setting was the club night WHAM!, which was run and curated by one of Koh’s very own residents, James Taylor. It finished up in 2011, but was instrumental in letting dj’s who liked to play the music I do, play it.

In regards to production, I’ve been writing music with two close friends since about 2010. With releases on a few different labels, it’s something that I really enjoy doing, but realistically, have very little time for right now. I learnt the basic through my buddy Pete (Nouveau) and then went on to write more tunes with Julien ‘YokoO’ Beltzung over the years, some of which we still have unfinished or unreleased as of yet.

Whats Matt Weir do when there isnt music in the equation? A day in the life of Matt Weir out of the nightclub industry?
I try to spend as much time as possible with my fiancé, whom I am marrying in Bali early July, and our beautiful little puppy Lucy. She’s a deaf, miniature English Bull Terrier, and she has the sweetest nature you could ever imagine. Although she can be a little shit, like most puppies, I am so glad we decided to keep the little bundle of energy and love.

Other than that, I love to surf and hang out with my idiot mates, and generally talk a lot of shit. Like most Australians, a lot of this is spent watching sport in whatever form it happens to be, or at the pub. My life away from dj’ing and clubs, is definitely something I try to keep a little separate.

Do you have any other work related business outside of DJing both in and out of the nightlife industry?
I’ve studied business and worked in marketing, plus a host of other jobs over the years. I went completely full-time with SASH about 4 years ago now and I have never looked back. Working for yourself is one of the most rewarding, yet challenging, things you can ever do. If you can take the plunge and do it, then I couldn’t recommend it higher! The freedom to know that you’re your own boss, is one the best feelings you can have.

Is this your first time playing in Bali? Any plans made already on your down time? Some surfing? Maybe riding the elephants out at Genyar or checking out some of our wonderful cultural experiences and getting out of the entertainment Hub?
I’ve played in Bali a couple of time before we opened Koh. I played at the now closed Charlie. I’ve been over the two (attempted) openings of Koh, and actually haven’t played at my own venue as of this interview haha.

I’ve grown up coming to Bali, so have done everything you can think of in the 23 times I’ve been there. This trip will be about enjoying the lead up to our wedding with Jess, my fiancé, surfing with all of our friends, eating the amazing food that the island has and finally getting the chance to play at our amazing venue, Koh!

Whats next for Matt Weir?
In regards to SASH, as I’ve mentioned, you’ll have to keep your eyes peeled. In regards to Bali, well this whole experience of being able to open a club in Bali would not have been possible if we hadn’t decided to take SASH to The Abercrombie Hotel all those years ago. That is where Dane (Koh General Manager) and myself first started our business relationship, having know each other socially for years. It is also where we started talking about the possibility of opening a venue in Bali, somewhere where we both grew up coming to and loved, and how amazing it would be to be able to set up our futures there.

With that said, their is certainly more on the horizon for our ventures in Bali, but that too, you will have to keep your ears to the ground.