We’re big fans of your visuals at your shows and can spend hours just watching them.
Can you tell us what input you have into them? How the ideas evolve and who is the person behind them?

I crossed paths with Letica Dare, a stylist from Sydney. She introduced me to Pat from babekuhl who’s a video/graphic artist.
Pat had recently held an exhibition called ‘piece to the gods’ One of the artworks was a 3D illustration of King Tutankhamun. I felt the creative energy was really in sync with what I envisaged for this chapter of project so I brought Letica & Pat on board to start building the world of What So Not.

Once I’d found the team, I sent them the music. Pat, Letica & I discussed how to bring the tracks to life. I wanted to create a colourful world, full of obscure landscapes, patterns and slightly supernatural imagery. From there I let Letica & Pat run with it. They’d send edits back and forth but it was such a quick and natural process. I think they just understood what I was trying to achieve and they knew how to push my comfort zone and take the aesthetic into a new realm.

I think my favourite visual is for the new track Oddity. Pat & I had a synchronised concept for the track – an apocalyptic clash of past & future. It was so awesome to work collaboratively with such talented people and watch the music be transformed into a visual world. It’s just the beginning but it’s exciting and I’m feeling really lucky to have such a talented team of creatives to work with. 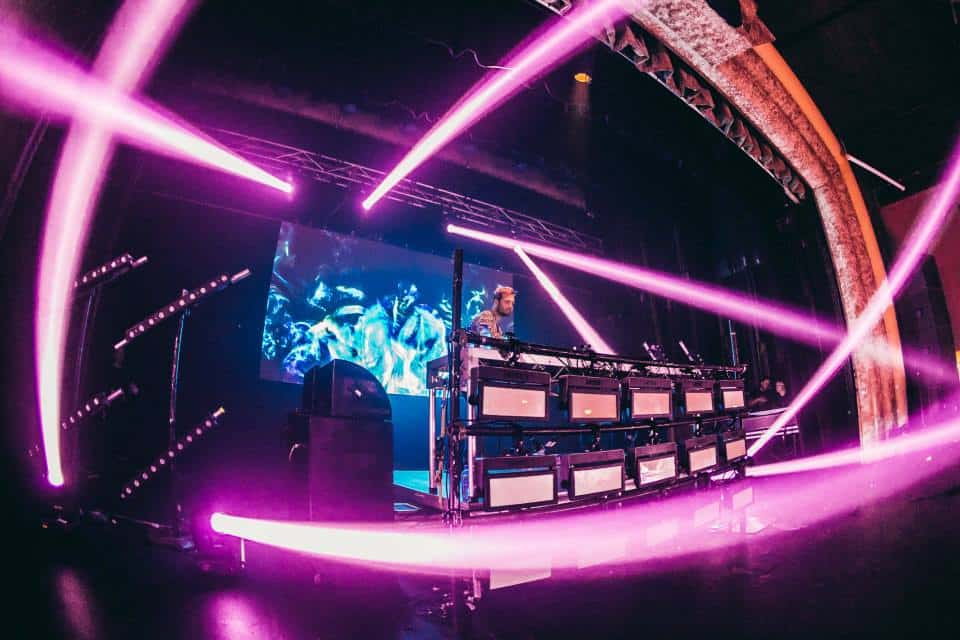 Producing with Skrillex, signed to his label and playing sets together with him is some the What So Not project has occur very frequently.
Can you tell us more about how you guys met? What ideas you are bouncing of each other? Do you focus different production towards his label in the studio compared to something that comes out on a Australian label?
Sonny is such a great human. He’s built am amazing community & i’m so glad to be a part of it. We met in Australia a couple of years back when we were both performing at Shore Thing. We’ve spent a lot of time together since then – he invited me on his Mothership tour, we’ve spent a lot of time jamming on tunes, & generally just hanging out. I think good music should be able to transcend countries & labels. I try not to think about let anything restrict the creative process so I don’t really think about the positioning of a song. I love collaborating and just creating new material I try not to worry about anything else too much.

The What So Not set consists mainly of your own production? Do you have exclusive mixes or edits of your own releases that are for you sets only? Anything we should be listening out for in your upcoming show on June 20 that is not part of a tune we can download via itunes or beatport? Is there some new What So Not releases that we are going to be speaker freaking to that you can tell us about?

The set is full of What So Not tracks, my own unreleased material & tunes from friends. I’ve been pretty busy in the studio re-arranging and editing some of the released tracks to make it unique for the show. I’d like to spend more time this year editing other people’s tracks I love. There are a few in there at the moment but I’d like to have more. I think it makes it more fun for everyone. It’s like an escape from the internet where everything is available and over-saturated. I had a lot of fun doing this mix for Nina’s ‘Mix Up’ show on triple j last week in Australia. It was a good place to document my influences and experiment with some newer material/ edits. https://soundcloud.com/whatsonot/what-so-not-triple-j-mix-up-exclusives-with-nina-las-vegas?in=whatsonot/sets/live-dj-sets-mixtapes

Gemini is such a big release and going to be one of the big ones in Bali over the summer season 2015.
For those that havent heard it yet can we know the story behind the vocals? Some of the magic in studio that made the peices all lock into place?
Any behind the scenes gossip you can share with us on hoe Gemini came to life?

The track started as an instrumental that I was playing in my sets. George Maple came to a show and asked me about the song. I gave her an mp3 and she sent me the vocal that night. George and I ended up crossing paths in New York a few weeks later. We jumped in the Red Bull studio where we fleshed out the arrangement and added additional hooks. The song is about truth, denial & loss. George told me it was about the frustration you feel when someone won’t be honest with themselves and is finding it hard to come to terms with reality. It was a bit of a difficult time in my life and I felt really connected to the concept. 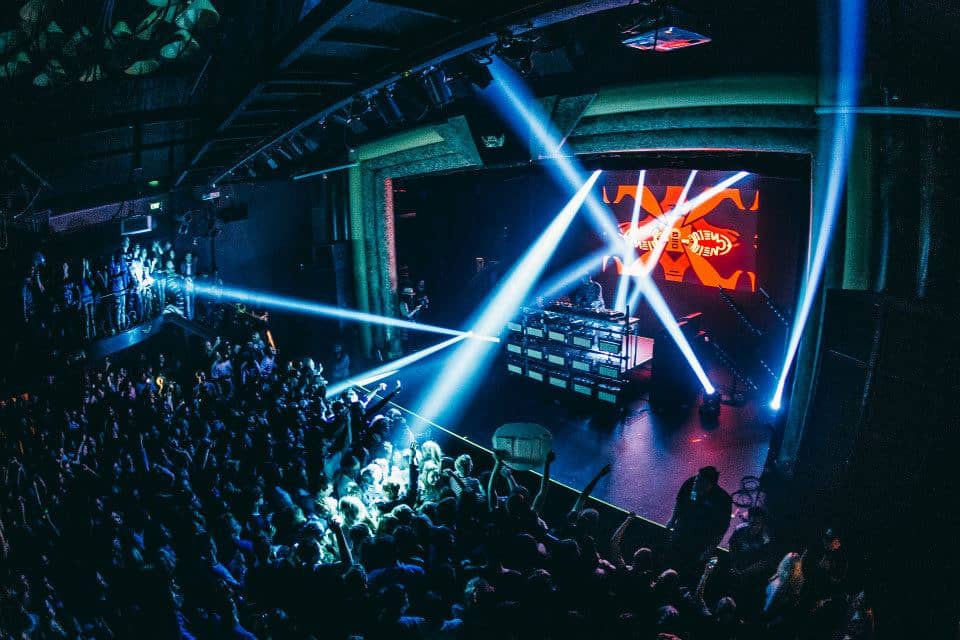 We watched one of your recent seminars and discussion forums on youtube this week and love your way of explaining studio tips, the marketing that is behind a artist and your overall modesty as a artist! Can we tell us some more videos that we can watch to learn more from you or about you and the whole success story behind What So Not?

I think thats the main one! Though keep an eye on Ableton Live School Australia – I love doing presentations & tutorial type work for young people wanting to work in the industry & try to participate each time I come back to Aus.

How did you guys come up with the name ‘What So Not’ ? Was it just a instantanious moment that it all come together? Were you throwing around ideas with your friends and this one stuck? What were some of the other names that you almost called yourself?

What So Not was a play off ‘What’s Hot, What’s Not’. It was all about making music that didn’t sound like anything that existed at the time. Not falling into the trap of mimicing current trends or genres, experimenting with sonics, rhythms, weird noises instead of using stock standard samples….being playful with sounds; using a toaster sample instead of a snare drum, recording an animal noise and turning it into a lead melody, using rain as white noise. If you pick apart all the What So Not tracks to date, you’ll find these kind of quirky little secrets and sounds.

Your latest release is signed with Australian heavyweight label Sweat It Out correct? Can you tell us more about the label? Some of its history and the other artists signed to the label both as independent artists and who you are working with currently or in the past?

I love the Sweat it Out family. I’d known adrian (Ajax) for many years & he was one of the first supporters of What So Not. He loved the music & the vision & gave us a foot in the door. I’ve been on the label for four years now, and they are still as supportive as day one. I’m really lucky because there are a lot of bad guys in this business. They are the good guys and they deserve all the success they’re achieving.

We love new music and love discovering new artists. Any new tunes we need to check out that you have stumbled across recently? Any new artists that you are feelling right now we can listen to? What about music blogs for some good gossip we should know about?
I’ve been spending a bit of time hunting for new tunes for this tour. I’ve stumbled across some gold from this guys from New Zealand called QUIX. I’m loving Lapalux’s album – his tracks are so warm and well sonically developed. Arca, Losco, Golden Features and D.R.A.M. also on high rotation on my itunes

Whats next for What So Not after Bali? Some down time? Onto another crazy tour? More studio lock down?

I’m so excited for this next chapter. I can’t wait for this EP to be released finally.

There have been a few changes behind the scenes in the WSN camp and it’s all feeling better than ever. I’ve been in the studio for the last two years working while I’ve been travelling. I’m finally at a point where I have the freedom to take the project to where I’ve always envisaged. I’m working with incredible artists from all over the world. I’ve actually been doing a lot of producing behind the scenes for other artists, helping them out with their albums and songs, some of which I think will be released soon. There’s a lot happening and I can’t wait to share it with all the awesome people who’ve been so patient and supportive of the project.