A few years ago Dutch producer Wiwek coined the term “jungle terror” as an on-the-fly way of describing one of his tracks to his friends. Since then, the style—a unique approach to big room which blends his own aggressive yet danceable take on tribal house with actual animal noises—has taken root within club scenes and mainstages worldwide, thanks to the help of singles like “Angry Birdz” and “On Your Mark”. We recently caught up with the genre originator to talk about his background in music, his debut set at this year’s Ultra festival, his upcoming OWSLA EP release and more.

How was it playing Ultra? Was this your first time playing the festival?

Yes, first time playing the festival. I loved it. I was playing when the sun was going down. I played over 85% of it with my own productions. Couldn’t be more magical. Perfect closure for my first ever Miami Music Week. Still processing everything.

What’s your favorite thing about the current dance music scene?

That the whole world seems to want to be involved in this scene. Guys like P-diddy, Justin Bieber, Ariana Grande and Usher all making guest appearances during the Ultra DJ sets. The scene is expanding and this gives more and more opportunities for electronic dance music.

When did you start to notice the jungle terror sound really taking off?

I think after last year’s Miami Music week. Tunes like “Angrybirdz” and “On your Mark” were played everywhere. After that I noticed a certain movement.

How has it been working with the Yellow Claw crew?

The best. All three of them have different top qualities. They are a dynamic trio and they all support me in their own way. I’m still super glad they found me somehow. 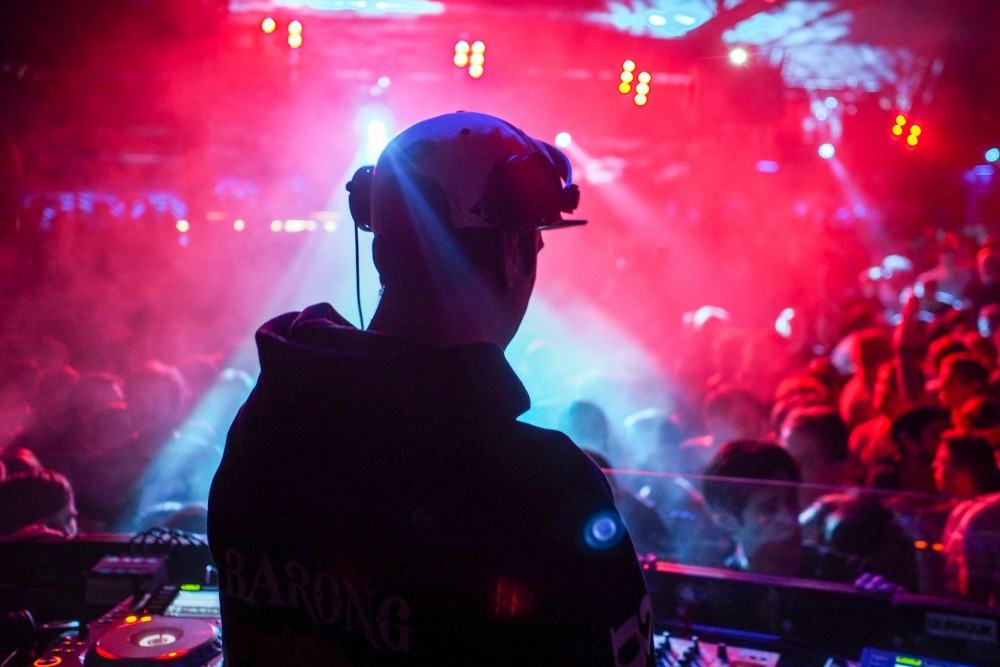 Has playing out more frequently affected the way you approach production?

Since I DJ a lot more then I used to each production needs to add value to my own sets. It used to be focussed on what the mainstage DJs could play cause I wanted my music to be heard. Now that I can show the world my music in my own way I almost feel I can be even more creative.

What makes a good jungle terror tune? What do you look for in a new signee?

For my own label I look for tunes I feel like playing out when I DJ. It needs to be unique and creative. I still feel like ‘jungle terror’ is just a personal trademark for my crazy music which only a few could understand a few years ago. My songs are ‘jungle terror’ when its hard and crazy enough for the guys but still rhythmic enough for the girls to shake their ass. It needs to give people this ‘WTF’ feeling when they first hear it.

Where did the name for your Rimbu label come from?

Gregor Salto actually came up with that name. We both co-own the label. He’s good in coming up with names.

Would you consider “B.D.D” to be influenced by your sound?

I don’t know if it was made after “On your Mark” but otherwise they definitely got inspired in a very good way, cause I love that tune.
Do the trance and hip hop styles you used to produce still have an influence on your current sound (also those are some pretty diverse styles!)

It was on pretty amatuer basis lol. But you can definitely still hear my hip-hop side in my productions and I will definitely make hip-hop again in the future. I still make trance melodies sometimes, but nobody will hear that. Maybe in a few years I’ll create a trance alias and perform in a space suit or something.

Which artists are inspiring you at the moment?

After seeing Skrillex’s show on Ultra a few days ago he’s definitely the man who’s inspiring me right now. Also Chocolate Puma are inspiring me a lot at the moment.

Are there any other styles you’d like to hear more of in 2015?

I want 80’s rock ballads to make a come back.

I’m amazed by all animals, but elephants in particular. One day I’m going to make a whole album with only elephant screeches.