Don’t be fooled by Kate Simko’s slight frame and easy going demeanor. She may be soft-spoken, but her live performances and current production work suggest a severe departure from her upbringing. Growing up in a musical family, Simko spent much of her youth in Chicago practicing the likes of Chopin and Brahms on the piano for three to four hours a day. However, in high school Simko ventured out to parties and got her first taste of the Midwest rave scene and when she went to study at the University of Miami she got turned onto the sounds on Warp, Skam and Mouse on Mars, which served as a conduit from the 16th century influences to the burgeoning dance culture in South Florida. As Kate tells it, “I had an epiphany that I didn’t want to spend my life playing classical music; instead, I wanted to figure out how to make my own electronic music.”

Simko eventually transferred to the Northwestern University and refocused her love of music on 0s and 1s. Upon arriving at the school, she soon found herself spending hours at the vintage studio housed within the Music Technology program, and after discovering an original Moog and Arp 2600, her new path was secured. After getting her portfolio together, Simko was accepted into the prestigious Music School where she wound up studying production techniques and sound synthesis. Despite the dry coursework, though, her music is anything but: Her composition style could be described as a bridge connecting the cold and desolate sounds of minimal techno with the warm-soulful essence of her hometown of Chicago.

You grew up in a musically-oriented family. Can you tell me a bit about it?

My dad’s side of the family has a number of pianists, so it was pretty much required that my brother and I start studying piano at a young age. My grandmother still plays piano and organ at the age of 87, her sister teaches piano, a cousin is a professional jazz pianist in New York, among others. Learning to play and read music came naturally to me, so I stuck with it.

Well, both. I had to unlearn my classical training when I began improvising and playing jazz piano. I took private jazz piano lessons on top of the classical training and other coursework during college. I’d spend three or four hours a day practicing classical piano and one to two hours learning to improvise and play jazz. I didn’t sleep much. In the end, jazz piano taught me the most interesting modes and scales and gave me a framework to start composing my own songs. Now I take what I’ve learned from both classical and jazz and bring it into that Chicago house/Detroit techno realm that got me into dance music.

As a classically trained pianist, do you mostly work from analog gear or all digital?

Mostly digital. Everything I create starts with me playing on a keyboard besides drum sequencing. I had an MPC-2000 in the past and currently have a Machine Drum. I’ve had a couple synths over the years (currently I am borrowing a Prophet-600 from a friend), otherwise I use software synths, like virtual Moogs, Native Instruments stuff. I use Logic Audio to record the different parts in my songs, sometimes as audio tracks [from analog gear], sometimes as “audio instrument” tracks [virtual].

“Over-the-top vocal house still has a special place in my heart.” – Kate Simko

How do you bridge the gap between to often-times perceived “coldness” of techno and the “soulful” warmth of Chicago house?

Well, the first techno I was into was Detroit techno. When I went to raves in the Midwest in the mid ’90s, the techno I heard from Derrick May, Claude Young and Jeff Mills wasn’t cold—it was raw! My favorite DJ’s back then played acid house and records that straddled the line between techno and house. It was inherently gritty and soulful, so I just try to maintain that feel while bringing in the polished new sounds of minimal techno. 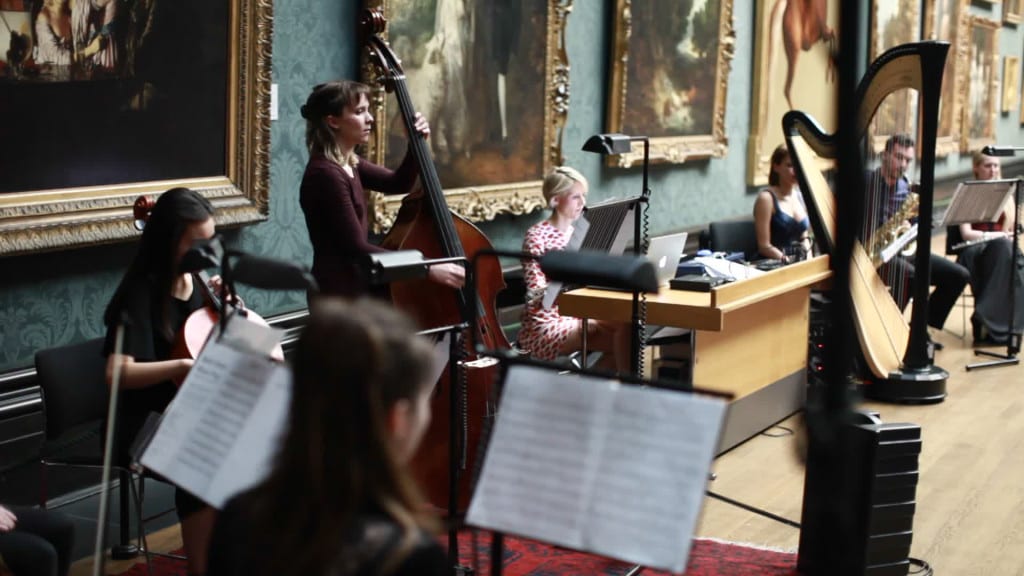 Do you think that being from Chicago, and listening to the likes of Derrick Carter, influenced the way you produce—perhaps even subconsciously?

Absolutely. Those countless teenage memories of dancing to diva house until dawn in Chicago just don’t go away. Although I’m not the biggest fan of over-the-top vocal house, it still has a special place in my heart. I’m from here and I grew up on that stuff. I understand why some purist Chicago heads can’t get down to newer house and techno. It seems sterile to them because they listen to music in a different way. It’s all about soul in Chicago.

“I never sit around comparing
myself to other women.
Everyone is on their own path.”
-Kate Simko

Do the techno flocks try to stay together? For instance, do you try and organize events with the Siteholder crew in Chicago?

Techno crews in Chicago respect each other, but don’t seem to work together that much. I’m not sure why that is.

How is it being a woman in male-dominated industry?

Oh, “that question”! Well, it’s just like you’d think… you’re outnumbered ten to one by men, so you have to learn to hang with the guys. I’ve been told I’m like one of the guys, so it’s not a big deal to me. Sometimes I feel like I need to prove myself that much more because I’m a woman, but maybe it’s in my head. I never sit around comparing myself to other women. Everyone is on their own path.

Although gender isn’t an issue for me, there are little things that become concerns, such as where you’re staying and what you’re doing during gigs. Most performers have the stamina to hit the ground running when they arrive, but I would prefer to chill, regroup a bit, eat a nice meal, then head to the club rested. There was this one time recently in Toronto where the promoter treated me to a gift basket full of fresh fruit, energy drinks, water, chocolate and toiletries when I arrived. They knew how to treat a woman.

I hear that you were a tough girl/rabble-rouser in high school. Has growing up on the tough streets of Chi-town ever give you the gumption to punch a dodgy promoter in the nuts?

I’ve never thrown a punch in my life, but there’s probably some dodgy promoter out there who could provoke it. I did get punched recently while breaking up a fight in the women’s bathroom though. It was one of my last residency nights at Sonotheque. I didn’t want any drama so I jumped in the middle of the fight and caught a girl’s punch. Both of the ladies were both pretty shocked.

It’s right that the genre is continually evolving and embracing change.

It’s wrong when people say a live PA is not live if you’re using a computer. It’s possible to program out full sequences on synths or drum machines that just playback. How is that more live than cutting things up into small pieces and rearranging them on the fly with a computer? This is electronic music and both machines and laptops are electronics. Of course it’s not live to playback your tracks or “DJ” your own tracks one after the other. Playing each drum sound, bass, synth, texture, etc. on multiple channels to create a live sound collage is definitely a live electronic music PA.

What frustrates you most about dance music?

It frustrates me that the worst dance music is the most popular and known. I guess that’s how it is with all music—the underground stuff is the best, the worst stuff sells the most…

What do you enjoy the most?

I enjoy traveling to new places to share music I love and create. Life is good!