Maybe not Amba’s 7 deepest secrets but none the less we got your attention and quickly caught up with Amba Shepherd for a exclusive ahead of her show at Sky Garden this Saturday night! Amba Shepherd has had a huge amount of success since her global conquering hit ‘Apollo’ with current world #1 DJ Hardwell. Some of her latest releases have gone on to be just as big in recent times including her latest releases with Australian super twins ‘Nervo’ and Dutch hitmaker “Deniz Koyu’. Whats next for Amba Shepherd? Who knows but its safe to say she has stamped her mark on the electronic music indusrty and she aint going nowhere else in a hurry.

First of all Amba we would love to hear what first made you think Im going to make it in the music industry, my music and vocals are being supported and requested from a major artist or label? What was the defining moment that made ensured you that you were going to become a world wide known professional recording artists?
The first release I had out was called I Believe (w Nick Galea) in 2010 on Australian label One Love that track really exploded on the Australian Club scene hitting #2 on the singles chart, that was when I knew I could really do this. There have been so many amazing moments for me since then, this year EDC in Vegas was a very emotional experience for me, over 100,000 people in the US all singing my lyrics to Apollo was something that hit me it was a very overwhelming moment.
Can you tell us some of your childhood memories that come to mind that maybe your dreams would come true one day and you will be signing up there on the stage? as a child did you want to be like anyone? who were the vocalists from your early years you can still remember that you looked up to?
Growing up my Dad was a professional singer with the most amazing tenor opera voice I always looked up to him he was my idol!! Some of my favourite artists growing up and now are Michael Jackson, Aretha Franklin, Donny Hathaway, Roberta Flack, Mariah Carey, Imogen Heap, Daft Punk, Sting, and so many more. 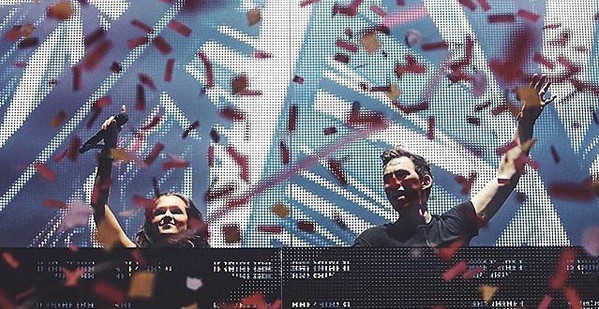 Collaborating with artists like Hardwell and Tiesto is just something that your normal everyday clubber has troulbe fathoming how such a project would come about. Can you tell us more about how artists like Current and former world number 1 DJs seek your services?
Over the last 4 years I have travelled the world to meet up with as many labels and agencies as possible and to do studio sessions with producers and writers and I have worked an insane schedule to make it happen. Once I laid the foundation by working really hard & eventually getting releases people started to pay attention to what I was doing. Hardwell and Tiesto both approached me directly because they were fans of my work.

Apollo is one of the biggest tracks in Bali over the past 2 years and still is.. Can you tell us more about the story behind the lyrics?
How you come up with them and what they mean to you?
The lyrics of Apollo are very special to me I wrote them at a time when I felt super fortunate for my life, for being able to be an artist and for living in such a beautiful country like Australia. Its really about taking a step back and being grateful there is so much good in this world when you stop and think about it. Its a song that has resonated with so many people I think my lyrics seem to mean alot to alot of people and to see the reaction has been very special, a life-changing experience for me.

Tell us your most creative environment? IE the beach? on the train? At the gym?
Whats the most bizarre situation you have found yourself in and the magic just clicks when those lyrics just fall into place for that next song? I am obsessed with Sydney harbour, the beach, the ocean anything to do with water I love and I frequently sit on the grass by the water and write pages and pages of ideas.

Your follow up release to the massive hit ‘Apollo’ with Hardwell is the title track to his debut album. Now that your obviously familiar with working alongside the biggest name in the business. Can you share some of the ideas you both talked about for the follow up? how you planned it out? Where you were working on it ? how the title come along??
Robbert has sent me 2 tracks the entire time I have known him, Apollo & United We Are. This is very unusual sometimes you can write 5 or 6 songs with a producer and come up with nothing. Hardwell & I have unusual creative connection that works. He sent me the track for United We Are I wrote the lyrics about a week later and that was it. He told me during our performance of Apollo at his gig at Hakassan Vegas in June that United We Are would be the title of the album that was a really fun night.

We have watched your performing on the biggest stages the world has to offer. can you tell about some of your highlight shows? and some of your most treasured moments? Future Music Festival Sydney March was a really special show for me 80,000 people and my home town, everybody sang the words with me and Hardwell & I had the best time ever.