We are now in the heart of the summer and festival season, how has 2015 been for you so far?
I’m having a great summer, lots of nice festivals in Holland + a lot to do in Europe these months.

Everyone knows the name Gregor Salto, what’s the one thing people don’t know about you?

I hope there’s more than just 1 thing they don’t know about me ☺
Some facts you might not know:
– I live in the Dutch City of Haarlem. Harlem (NYC) was named after my city.
– I play classical piano, or I used to, gotta get back to practicing..
– I would like to become a semi professional photographer one day
– I’m an ambassador for WWF

Can you walk us through a day in the studio with Gregor Salto? Are there certain things you need or have to do before hitting the studio for a session?

Each day is different but I work best when there’s no ‘noise’ around me. No one calling from the office for questions, no people walking in etc etc. It takes me a while to get in the creative zone, I sometimes spend days without real good ideas too. So many times I just push myself to come up with different stuff, different melodies etc etc untill I get something that makes me wanna dance. Once I have that I try to finish it and make it sound good.

Your music draws on many different styles ranging from pop to African, what inspires you and what are your initial thoughts when producing a track?

I usually just go and start creating on vibes I feel. I don’t know why, but I sense I have a strong link with Africa. You can hear that in quite some of my tunes I guess.

Anyway, I always have a bit of Soul, Latin, Jazz and Afro in the back of my mind when producing tracks. And House of course.

Crossing boundaries and expanding is something you are not afraid of doing, how do you ensure you stay true to who you are?

True to who I am… Well, I think every person changes over time. So do I. Some changes are good, some not so good. After some time you look back and think, ok that’s the way to go. If I was as talented as Michael Jackson or Prince I would probably only make classic songs, but I’m not so I just try and do my best.

Running a label is demanding, how do you balance being the CEO of a label with being a touring DJ and producer?

That’s a bit difficult sometimes but I have a great time in Berlin and Haarlem.
They take a whole lot of work from my shoulders and keep me sharp (Gregor you really need to decide on this TODAY ..) Gregor, this guy’s been waiting for feedback for over a month now… Gregor please sign here etc etc [laughs].

You have been in the electronic music scene for quite some time, and have witnessed and been part of its immense global explosion. Where do you see EDM in the next 5 or ten years? What do you think the future holds for industry?

Hard to say… After I released my tracks ‘Bouncing Harbour’ and ‘Toys are nuts’ (which in those days were pretty loud) around 2008 or 2009 or so, I got tired of the noisy sound and thought it was the moment for me to make more soulful music. From a hype and business point of view I was quite wrong, cause that’s when the whole EDM boom started in the US.. 🙂

So, I guess I’m not really the person to predict what will happen in 5 years. However, I’ve always believed in the ‘real music’ world and the electronic world coming together. Disclosure and Calvin Harris are great examples of the beginning of that.

Many critics in EDM accuse house producers of having a similar style, especially big room artists. What do you have to say to them?

Of course some of those critics are true. Like I said before: I was tired of (some) EDM before EDM even had a name 🙂 Critics are helpful in keeping a scene on point, just as critics in politics actually help (or should help) politicians stay focused. However, nowadays, there are quite a lot of people that just scream their (sometimes not so thoroughly thought over) opinions on the net. Many of their comments are unfriendly or even disrespectful. I don’t like that. You’re not a fan of EDM, cool. You love EDM, cool.

Finally, who is the one person, dead or alive, who you would want to collaborate with? 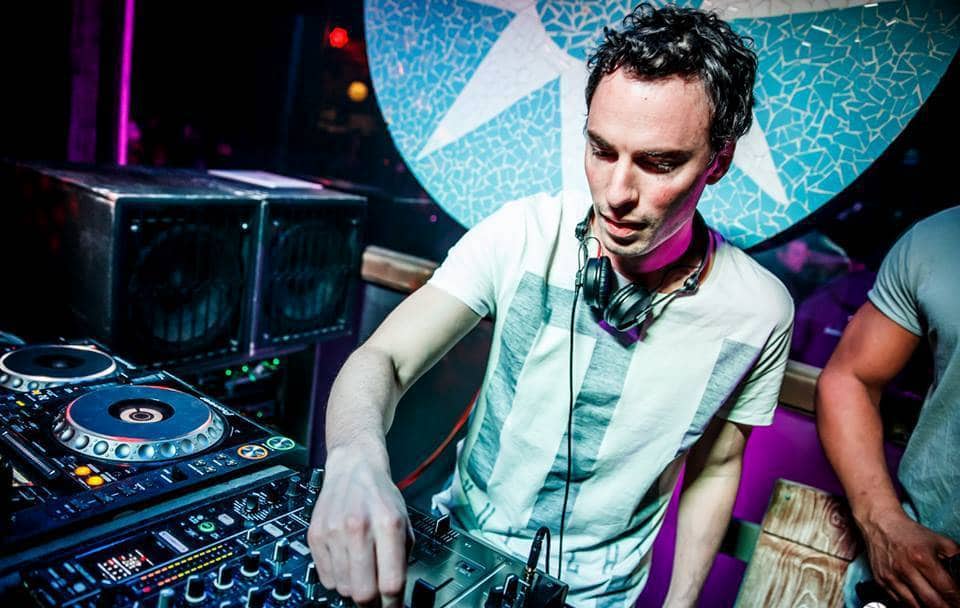