Do you still get as excited about music as you did when you first got into the scene?

I certainly do. There is a lot of exceptional music available, much more than in the past. But – the downside are the masses of crap music that one has to dig through in times of digital overkill to find the nuggets. That’s frustrating at times. You need to apply all sorts of “filters” to make it work and fun.

What have you heard in the last year that made you want to jump up and dance your face off?

I heard a lot of exciting music in the last year. In fact, despite the flood of (and I quote here my dear colleague Ewan Pearson) “…dull-as-ditchwater-post-minimal-tokenethnicvocalsample-loop-boredom…” 2009 was a great year for club music. If you only looked left and right of the mainstream there was so much good and unique music being released. I think of people like Martyn, Levon Vincent, Motor City Drum Ensemble, Ben Klock, DJ T just to name a few…

And how is the scene different now to when you started?

It is very very different from when I started. For example (apart from a few exceptions) you don’t find this feeling of togetherness and solidarity amongst people in clubs anymore. Instead, it has become a very individual experience. Surely you will still find regulars and groups of friends partying together but that is very different from the way I experienced it in the early 90s. On the other hand, the whole industry has become so much more professional, and that is generally a good thing. I have spent enough time during the 90s in bunkers and other dark holes or old warehouses raving around. As much as it was fun at the time, now I prefer proper clubs like Berghain, Womb or Lightbox.

Do you think your sets and productions are different now? What has influenced those changes?

The changes in technology have been very influencial . For example, I am in transition from spinning with CD’s to using a Macbook on stage (I will still mix with timecode cd’s) and my recording studio has been complete digital for years now. 6 years ago my studio was full of keyboards, synth, drum machines, mixers etc and I was touring with 2 record crates carrying 200 records around the world. When do you ever hear a “live” mix on a dj mix cd anymore? To me, someone who does not beat-match during a set is not a DJ. Period. A performer maybe, but not a DJ. And in times of gazillions of tracks available good taste and the ability to read the crowd and interact have become even more important. And no computer can help you with that.

Having played all round the world, many times, what is it that keeps you motivated and wanting to do it?There are many factors that keep me motivated. In some countries like Australia, I have been working with the same people for over 10 years now. It is no longer just business. Friendships have developed over the years and I even bring my family. Then you see your kids play together and the whole thing has such a bigger meaning. I love that. Another factor is the constant change in our scene. Clubs come and go, just like new generations of clubbers and that keeps it very exciting. Plus, the music is constantly changing and evolving. And I am a pretty curious person, that helps too.

How do you balance family and touring? What rules do you impose on DJing to make sure you fit everything in? Is your studio at home or … ?

To start with the last question. No, my studio is not at home. A studio at home and kids don’t go together. When our daughter is around, she wants to play with me and I want to spend time with her. But the studio is only 10 minutes from home. I walk there and back every day and if possible I try to work from 9-5 so I have the chance to be there for her and for my wife of course. In my experience, fitting it all in is simply a question of good communication and proper organisation. However, it is not always easy to say good bye and leave for a couple of weeks. But the internet has made it much less difficult. We Skype all the time when I am on tour. And as I said before, when it is possible, I will bring my family and we have a little holiday.

What are you most proud of in your career so far?

Amongst others things, I am proud to still be around, happy with myself and my music and to see new generations of people liking my music year after year and that they come to my gigs and have such a good time, especially now that I am often much older than the average clubber. And I am proud of the fact that I have ethics when it comes to treating my fans and promoters. I show people respect when they make an effort to come to see me or book me. Needless to say, I dislike “superstar” DJ divas enormously. 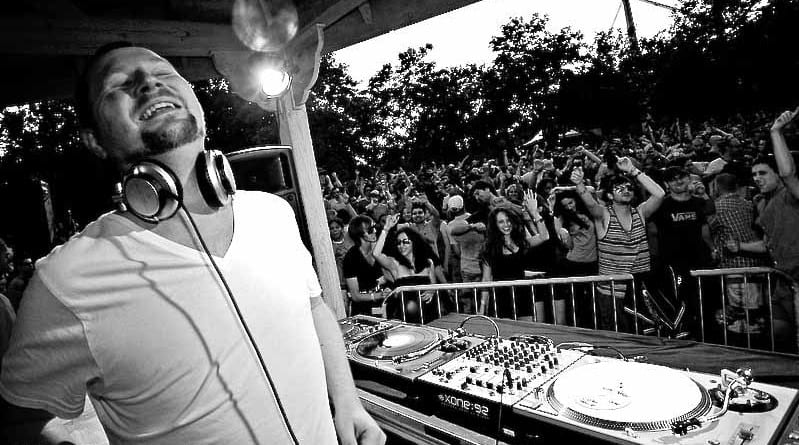 One of your best known tracks ‘Heat It Up’ is built around a classic hip hop sample, did you get permission beforehand?

That was a typical track where we just did it and basically got away with it. But I’ve had my fair share of trouble from using uncleared samples. I still believe though that in our industry people should just go for it, do it. If it turns out that something you have done becomes commercially successful and someone approaches you then hopefully you can find an agreement where both parties are happy. We’re not doing pop music.

What’s the worst trouble you’ve had?

I was approached by an artist I sampled on one of my earliest tracks from 1995, which in all fairness became commercially successful here in Germany. This happened six years after it had been in the charts saying ‘by the way, you sampled me’ and I was like ‘yeah, I did’. I was hoping we could sort it out in a gentlemanly manner but it wasn’t so. Sometimes Americans can be, er, assholes. So instead of allowing me to be reasonable, we had to fight about it. My feeling was that he just wanted to get as much cash as he could. I explained the whole story to him. He got a big check and he was happy.

But to be honest no-one knows this guy any more. I was hoping I could offer him to make some more tracks together and bring him back on the scene but wasn’t interested. Thank God, I had the money to pay him.

I also had a really great situation with a track I did for Bush Records called ‘When I Rock’ in the 90s which was my biggest track then. I sampled some vocals from a hip hop radio guy called Tony Touchtapes and again one of these situations popped up. We sold 25,000 vinyls at the time and licensed it later to Warners in Germany. Again, years later, my publisher called me and said ‘we’ve had a call from another publisher about that sample from Tony Touchtape’. They said ‘on that tape you sampled from Tony Touchtape’s Radio Show was the Roots playing live in the studio’.

I was thinking they’d definitely sue me and I was given a phone number to call. I called them up, and one of them, I’m not sure who, picked it up and I discovered they’d never listened to techno music. They were like ‘what is it?’ I said ‘we call it techno’ and they said ‘it’s really cool what you did with the vocal’ – because originally it was a reggae style rap’, we really like that. They said ‘just send us the files and the track itself and they put it as a hidden extra track on one of their albums; Phrenology. Which sold 800,000 albums. That was it. How cool.

Thomas Schumaker is a legend, his track ‘When I rock’ is one of our all time favourite tracks here at Bali Clubbing HQ and this weekend he is finally making his Bali debut at the home of techno Jenja! #letsdance