With four EPs, six GRAMMY Awards (including Best Dance/Electronica Album), 300 shows a year and a long-awaited debut album on his plate, Skrillex is the biggest — and busiest — dance producer on the planet.
He’s remixed Lady Gaga, La Roux, Bruno Mars and more, and has recorded with the surviving members of The Doors. He also swears by Ozone for “tightening up your mix,” and loves to mess around with Trash. Oh, and did we mention he’s only 27?

How did you get your start in electronic music?
I downloaded a demo of FL Studio in my early teen years and the rest is history, I guess!

When did you realize that the music you were making was part of a movement?
It was underground when I first started, especially bass music. In L.A., no more than 200 people came to local dubstep shows – this was around 2006, 2007. At Smog in LA, it was a big night if 150 people came. I feel like it started out without any major marketing promotion, singles, pop songs or anything. But when we’d show up in these cities all over the world, people knew what was going on. The venues were packed. 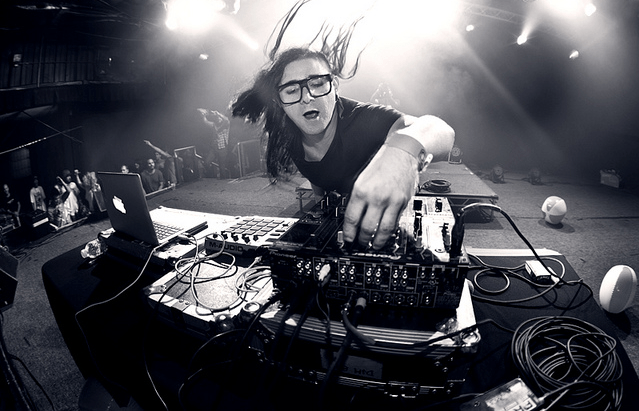 You were once a member of the punk/hardcore group, From First to Last. Have any of your influences or any part of your style from that project translated to your career as a DJ/producer?
It’s funny—I get this question a lot, and it’s always a weird one to answer. With that said, the answer is… sure? I mean, I just do what feels right and natural. So being the age of 27 now and having been listening to and playing all kinds of alternative music for years, I guess you could say the answer is yes. As a growing artist, things you’ve done in the past will always naturally transcend some way or another into what you are doing currently, whether it be conscious influences or not. I am who I am no matter what genre or platform I’m using to create music, and I never consciously think about what I was doing before while I’m creating something now. But, like I said, everything I do is a part of me. So I guess in some way you could say I am subconsciously influenced by that, and many other things. But maybe the subconscious influence is to be different from what I was before and to shut it out from my mind? I don’t know… I never think about that sort of thing, really.

You also have your own imprint label, Owsla. Where did you get that name from?

The name came from one of my favorite books called Watership Down by Richard Adams. It’s about rabbits, and the elite rabbit solders were called “Owsla.”

Who are some of the other artists who have influenced you?

Oh man—in electronic music? Noisia are huge for me, but it’s hard to say, because I get so much music, and I hear so much music, so it’s all this big whirlwind. It could be a nightclub I go to on an off-day or something, and I get a vibe, and I hear a track, and I just get inspired. Then I have this thing in my head, and I don’t have to necessarily remember what the track is, but I just feel like making a song. But I think one of the greatest albums that came out recently was Nero’s album Welcome Reality. It’s fuckin’ awesome—really incredible production. J.Rabbit has some great drums too, speaking of drums.

I read somewhere that you’re the first “Dubstep” artist to crack the Top 10 on Beatport. I don’t really consider you to be a “Dubstep” artist, but how would you describe your sound?

I don’t really consider myself one either, but I have been told that it was the first Dubstep track to hit #1 in the top 100. I guess you could say that at the moment the songs I’ve produced could fall under “dubstep” and “electrohouse” and whatever, but I just make whatever I feel at the moment. I definitely took inspirations from that. I didn’t really care if people call me that either. I don’t really care what people label me as. I just make the music I like, and before Scary Monsters came out, I had a different sound, and my sound’s always changing and evolving. It’s natural for that to happen, for people to use words. You need words to categorize, and I don’t hate that at all.

You’re like the EDM guy now. Like when labels are like ‘we need an electronic remix of this song, let’s call up Skrillex!’ what’s that like?
It’s pretty awesome, actually. I get to do what I love and people appreciate it in so many different ways. I get to meet and collaborate with people you would never even dream of or expect. People in my wildest dreams—even with Google, you would never expect music taking me there. Working with the Doors or even KoRn, who I grew up listening to, it’s just so crazy. I’ve always just kept doing my own thing, which is always just trying to make new sounds with a lot of energy, and that’s always what I’ve tried to do. And that can be done in so many ways. Even if it’s like Harmony Korine and Cliff Martinez and Spring Breakers. From that to producing a metal, brostep record with KoRn. There’s so many ways I can express myself.

If you could only take one piece of gear on the road with you besides your laptop, what would it be?

It’s all in the box, but these days I really like iZotope’s Trash, actually. It’s pretty cool. I’ve been using it on random things. It’s like, here’s a sound and I don’t really know what to do with it, and I throw it on and start fucking with it, and it becomes something else. It’s one of those plug-ins that I’m not totally familiar with yet, but I like messing around with it because it can change an interesting sound into something more random. The most common plug-ins I’m always using are FM8 and Massive, I think, as far as where my sound design comes from, which is pretty standard I guess. But Trash is something I’d like to explore some more.

OK, this is a really superficial question, but how does it work, maintenance-wise, with the side shave haricut? That’s become kind of a trademark with you. How often do you have to shave the side of your head?
It’s so easy. I get the front, and I just get like my friend on tour to help me get the back, but it only takes like a minute. I just like it. I’m just used to it right now. When I shave it it just feels so nice when you rub your head. 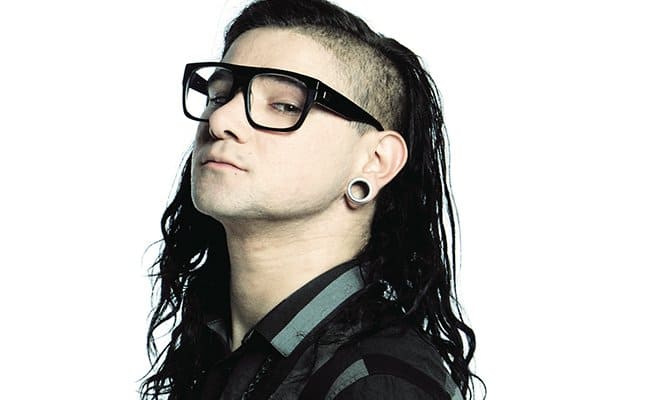 What’s it like to be so strongly associated with a specific haircut like that?
It’s funny. I don’t even think about that really. I’ve always had long hair, and then ever since I shaved it it became such a different thing, you know? But I never really thought of it that way. I’ll change my hair sometime, but I’m just so used to it and it’s so easy and it just feels good when your head gets shaved, you get to touch your little side and it’s like prickly.