Sharam Jey is a well-established and well-experienced dance producer from Cologne, Germany. Jey released his first two studio albums back in the early 90s, and since then has been around the world and back (not many could say they’ve played a New Year’s Eve party in Cairo, Egypt).
Jey carries a wealth of bangers and feel-good jams, clocking in over a 100 releases on his Soundcloud (You should see this guy’s Wikipedia discography). Not to mention the numerous remixes he’s done for stars like Moby, Gossip, Faith No More, Diplo, and Roisin Murphy.
Then, when he began his label, Bunny Tiger, in 2012, it was named among Beatport’s Top 10 Labels the following year, and easily established itself as a go-to destination for g-house and dance fans alike. Jey’s affinity for re-working classic hip-hop samples into deep house, g-house, and nu-disco continues to be a remarkable feat.

Can you tell us about your label, Bunny Tiger? Anything new in the works? Any young producers you’ve got your eye on?
I started Bunny Tiger about 3 years ago to launch a fully self-directed platform for my own productions/collabs and also for works from homies that I was excited about. The idea was and still is to provide 100% DJ tools. Ever since the launch, the feedback has been massive and everything grew so fast that we also very selectively started taking other producers and young talents on-board. Actually, all this just lead us to the launch of Bunny Tiger Dubs, a new imprint I just set up to extend our sound scope and also showcase intriguing sounds from the tech and deep house spheres. So plenty in the works you can tell!

If you could describe your music in emojis, what would they be?
If I take a look back at what I recently posted on my socials the most, then this would probably be ‘clap’, ‘hands high’ and ‘heart’.

Do you have a particular process for sampling? What makes a sample stand out and what’s your process for integrating it into your music?
Definitely an entirely different approach compared to when I work on a fully original piece from scratch. Years of experience certainly got me to evolve and fine-tune my very own sampling style. When I use a sample today, I always try to create something new and balanced from it rather than follow the harsh copy/paste mentality that you see a lot at the moment. 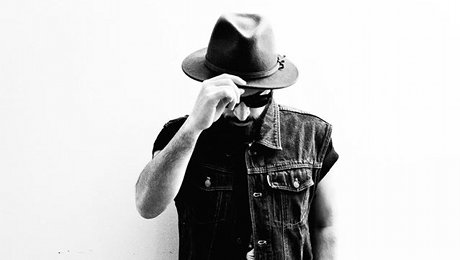 As a veteran in the music scene, what advice would you give to the younger generation? Nowadays, it’s such a fight to stay relevant.
To shine your light through today’s mist – take your time working out your own thing rather than just riding waves, be patient, be resilient and stay true to yourself.

You have travelled the world twice over DJing – what have been the most memorable clubs you have enjoyed?
Oh, there are so many. Every venue had something unique or at least strange about it. I just think it is great to get to all those places and see so much of the world. On the other hand it is of course quite stressful travelling that much. But when you get to the club and you see all those people waiting for you to start, that is really something special. And that’s what I enjoy the most.

Favourite city in the world and why?
Hmm, also difficult, there are so many great cities. But I guess I would pick Sydney because of the weather and I have a really huge fanbase over there.

Best and Worst thing about living in Cologne?
The best: this is my town, my family and friends are living here. And that is really important for me. And Cologne is, besides Berlin, the most relaxed city concerning living as an artist or musician in Germany. Here you’ll have a quite long history of labels, musicians making and distributing electronic music. Plus you are really quick in getting to other great places like Paris, Amsterdam, London or Brussels.

Best ever DJ you have played alongside?
Hmm. There are quite a lot playing all kinds of styles I like. Difficult to choose from. But I think Sven Väth needs to be honored for his work. . He is doing this for such a long time now. Even if his music is not 100 % my type.

What one album would you never sell?
Classic wise ‘Purple Rain’ by Prince. Lately I really liked the latest Kings Of Leon album.

Best festival you have ever played at?
Again difficult as there were so many. But the ‘Hultsfred’ Festival in Sweden was awesome. I was kind of the only DJ playing there among all those rockbands like The Strokes or the Babyshambles. But also ‘Tomorrowland’ in Belgium and ‘We Love Sounds’ in Australia were really great to play.

Okay, so for someone who has never been to Cologne where would you direct them to the best:

Restaurant – You would need to taste the Kölsch-beer in one of the traditional breweries with restaurants.

Bar – You need to be on the road with me for a week to get to know all my favourite places!