Born in Berlin, charismatic DJ Till von Sein started making music at a young age and soon after becoming acquainted with djing, he knew it was the path meant for him all along. Aside from having amazing djing skills, Von Sein is also part of Clique Bookings. Working with artists all over Europe, the agency started in Paris and later moved to Berlin.
What we know so far is that Tilly has a lot of surprises planned for this year.

How did you first get into Dj’ing and producing?

I started dj’ing because I was a rapper and it was frustrating to rap home alone just in front of my mirror. ? Being a DJ felt way more comfortable. Besides that, I’ve always been buying records, so it was a natural progression. And that lead into producing at one point as I always loved the idea of working on beats.

Why music?
Because I love it. There is nothing else I love more in this world. You could leave me naked on a lonely island, as soon as certain songs pop up I’m the happiest guy around.

If you weren’t making music that would you be doing?
Run an agency and taking care of artists and their bookings, etc. Oh wait, I’m doing that already… So maybe I would run a shop and sell kicks and clothes.

What do you prefer: being in the studio, making music or behind the decks mixing? Why?

Behind the decks. Dj’ing is still my first love and will always be. I love mixing 2 tracks together and I can spend hours doing that, dancing in the booth, looking at other people dancing, smiling and having a good time.

What’s the worst job you’ve ever had?
I once worked for a close friend of our family who is a gardener. He fired me on the first day after I told him he should maybe do certain things in a different way to save time and power.

How do yo know when a track’s fiinished?
I don’t. Maybe I’m just too lazy to spend more time on it, but when there’s a deadline… Afterwards I always regret it when I hear the track again, but, well… c’est la vie.

Which are the artists who inspire you or you really want to see?

Too many to mention. I’m still a huge fan of all kinds of music and whenever I got time I go and check out shows. From Justin Timberlake to Dam-Funk, from Bruno Mars to D’Angelo. ? I still need to see Stevie Wonder and Prince. It’s a shame I never had the chance yet.

Favourite record of all time?

Which song do you wish you wrote?
The Pharcyde – ‘Runnin’. Well, Dilla made the beat which is of course a classic and the second verse by Slimkid Tre just nailed it for me, when I was 18 – and still when I hear it now I’m the loudest one rapping along to it. 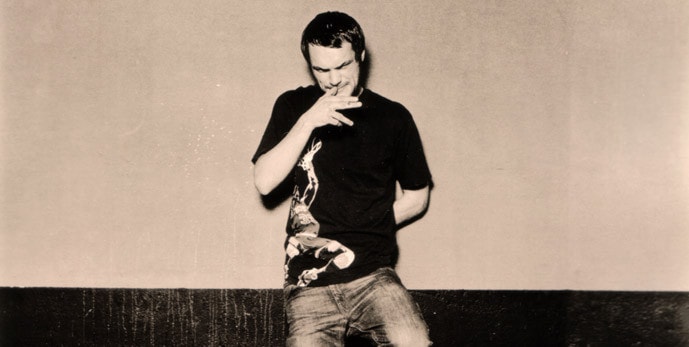 I regret sampling a Tribe Called Quest and Erykah Badu on ‘Ovas’, which I did on Dirt Crew Recordings back in 2009. Catz ‘n Dogz did an amazing remix, which was a big hit back then, but still, hearing those samples now I could punch myself in the face.

What’s the worst gig you’ve ever played?
I guess there were a few where I didn’t get my vibe on and just sucked.

Art or Money?
Money. Art doesn’t pay for my rent, my food and my new Jordans…

What’s your single biggest frustation in the music industry?

Dealing with people who are not in it because of music itself, but who are only seeing it as a career opportunity.

Favourite Label?
Keinemusik. I’m always impressed by the way the guys handle their business. Everybody wants to be in a ‘crew’ today, but these guys are really a crew/family and I guess we will never see someone else except them release on that label.

Ok last question What’s your motto?
Just do it.