You’re 21 years old now, still pretty young, but have been making music for quite some time now. Can you tell us a little more about your background with regards to music and how you started out?
I started making music when I was 16 years old on Logic Pro. Then I started spinning and then soon I had “Flute”. Then I signed a contract with a booking agency and started touring last year. I just made music as a hobby and “Flute” did pretty well on Beatport, got picked up by radio stations in Holland. It all kept getting bigger and I was just like, woah.

What inspired you to make music your profession?

Good question, of course my father was a big influence on me. But it feels like music is a language with which I’m able to express myself even better. It’s fantastic to play a production that I worked on in the studio in front of a crowd and see that language transform into an indescribable energy that everyone understands!

I noticed your sound had kind of changed from 2013/2014 to now, from “Flute” and “Pallaroid” to “Summer Vibes” and “Together”. Is this the new sound direction you’re heading in?
I’m still doing hard-hitting things but yeah, the new release “Summer Vibes” is very different. I always wanted to try some new things and I think I did a great job with summer vibes. It’s a lot more different than what I usually do. And yeah the new track with my dad, “Together”, is also more in that vibe too. Sometimes I’m doing progressive stuff, sometimes I’m doing the harder stuff.

Earlier last year you released “Jaguar” a track you teamed up with Marco V for. When Spinnin Records released it, it caused an instant buzz when the caption read “Like Father Like Son”. What was it like working with your father? Was this the first time you had done something together?

As mentioned before my father had a big influence on me. Though I discovered the whole production side by myself. I got the software and hardware and started exploring. “Jaguar” was the first result of us sitting in the studio together. It worked so well and too be honest, a lot of fun. Especially since it’s so special to work with my father.

Being the young age of 21, do you ever get overwhelmed? How do you keep yourself grounded through all the success?

Well, it’s all about living in the moment and enjoying every moment. I love the traveling and get really creative by doing that. It’s amazing to meet so many new people. I think the best way for me to stay grounded is due to the pressure to achieve new highs. Starting with the success of tracks like “Flute” and “Pallaroid” is amazing, don’t get me wrong, but after that it’s incredibly hard to keep up the line of releases and make sure every track is another track for the charts. 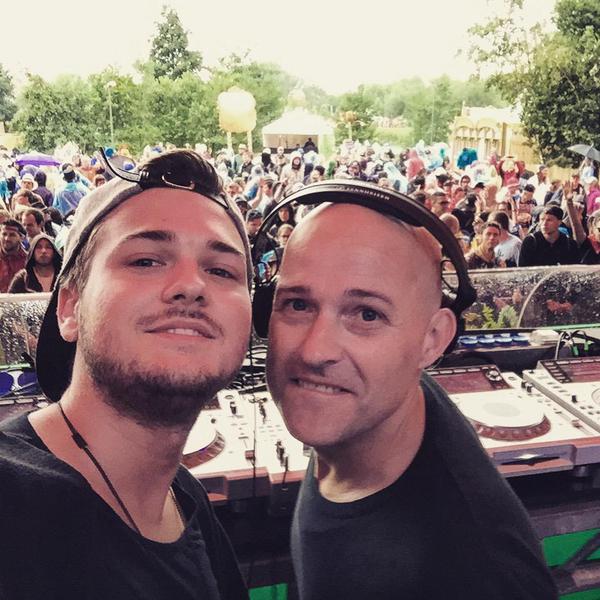 Where do you see yourself in the next few years?
Hopefully playing and headlining bigger shows. We’ll see!

What has been your craziest experience so far?
Both times when I’ve played Tomorrowland.

Current favourite possibly underrated artist?
Moksi’s a good one. It’s two guys. I really like them.

Biggest fear in general?
Flying. During the Asia tour in April, I had a really bad flight Bangkok to Phuket. We were flying in a thunder storm and ever since I’ve had trouble flying.

So you’ve gotten pretty used to playing shows now and for massive crowds, festivals like Tomorrowland… Is there anything that still makes you nervous?
Flying from place to place. I’m really scared of flying.

What are you most excited for in the next few months or year?
I’m doing an Asia tour with the whole Revealed team and I’m really excited about that. I think we’re doing 10 shows in 2 weeks or something like that. I’m really excited.

And lastly, what can we expect more from you within the next few months to a year?
I signed about 10 tracks already. “Summer Vibes” just came out last month and then “Vandals” with Sandro Silva and then after, the track with my dad, “Together”.  I’m really excited.