English DJ and producer Duke Dumont first came to our attention as the architect of hit singles ‘Need U (100%)’ and ‘I Got U’, both of which reached #1 in the U.K, and sold enough copies in Australia to go Gold. The 33-year-old producer will be back in our country late next month for his third appearance at the Stereostereo festival. We chat to him about Aussie audiences, moving away from the city, and how scoring a #1 single can really change your life.

I read that you got into Djing initially from the computer side of things. Did you have a love or aptitude for music before that?

I was part of a generation where music had started being made on computers anyway. If I had been born ten years before, there’s no way I would be able to do the job I do because I couldn’t afford music equipment, studio hire – I couldn’t afford to learn my craft. But computers made it possible to do whatever you wanted. It became possible to download programs to learn our craft. I’m grateful for that advancement in culture but I’m by no means a computer geek in the slightest. I was just so lucky to be born when I was, otherwise I probably wouldn’t be doing the job that I love so much.

So you didn’t play any instruments before you got into it?

Yeah, I was musical as a kid. I played keyboards and my dad’s a record dealer so he’s always had thousands and thousands of records. I was very fortunate to be able to tap into that. I had access to a ton of eclectic music. But I’m not classically trained; I’m just a record producer.

Do you remember the first record you bought?

It was a CD single of 2Pac featuring Dr Dre, ‘California Love’.

Do you remember a time when you realised that DJing or producing was what you wanted as a career?

The wanting and the realisation was stretched over a period of about ten years. The wanting to do it came from when I was about 14/15, I was obsessed with how records were made so I would read all the record sleeves on my favourite albums and see where they were made. And then I had a few lucky breaks. For example with the Diesel U: Music awards, which honours the best unsigned musicians in the world, I’d won the Best Unsigned Dance Act in 2006 so that put me on the radar and then I just started releasing dance music.

In all honesty, the day I thought I could probably have a career out of this was only about a year ago. I’d been DJing for about six/seven years and had some very good years and some very bad ones. It was only two or three years ago that I had an exceptionally bad financial year, so it got to the point where I was going to get another job. I would never stop what I do – I would just have to do it at the weekends. But luckily I’ve had some commercial success in the last couple of years, so this is the first time it looks like I might actually retire doing the job I love. It took a while, about seven years, to get here.

Do you love the travel part of DJing? Or do you hate it?

Love & Hate.If I can spend a bit of time in a city, eat good food; be in good company, it’s the best job in the world, hands down. There can be times when it’s the opposite, but those are far outweighed by the good. Both of those factors are what make the experience, which I’m grateful for.

I think it’s also refreshing to hear about the struggling side of it. What people see is that you’re travelling the world and rubbing shoulders with all the biggest names, so it’s nice to actually hear that there was a time when you didn’t have all that and you were just a struggling musician.

Yeah, exactly. I travelled the world maybe twice before I had a number one and it was just me and a backpack and part of me really enjoyed those days, it was a real sense of freedom just travelling. When I went to Tokyo I did a show in a club there called Womb, it’s one of the best clubs in the world. I was a resident DJ at Fabric in London for about six years, every two or three months and that place took me out DJing. So I was literally DJing at the best clubs in the world and that really taught me how to DJ and the culture of DJing. In that time I wasn’t making a lot of money and it took me to basically a low point and then I said to myself that I’m going to give myself one more year, if it doesn’t take off this year then I’ll get a real job and we’ll do this part time. I always had confidence in my ability and I think a lot of my peers realised that as well but they knew it never really worked out for me. But in the last three or four years it suddenly kind of flipped. I have a lot of respect for like Diplo, I’ve known him for about eight years now and we used to hang out in London and he and others were always there for me because they’ve seen the ups and downs. That part of it all really makes me appreciate things a bit more.

I guess how you were saying back in the day you used to travel around, people don’t really realise how intense touring must be, like it’s kind of in and out of the country, right?

Pretty much, yeah! I mean last year I did about 150 shows and I would say 120 to 130 were overseas. That’s too much, I wouldn’t recommend anybody to do that. In that time I also made an album. It almost broke me. To most people it might seem like it’s an easy job and to some degree it is a very easy job but what is tough is that you can get real exhaustion from not sleeping, averaging two hours a night sleeping for like a month. However, the one bit that keeps me going is that I really love travelling. I appreciate going to countries which I would have never had the opportunity to go to. Like how I’m in San Francisco now, I doubt I would have been to San Francisco if I wasn’t making music. So that part of me really loves it and I think for me now I’m just trying to find that balance of recording and touring at the same time.

Do you also find it super crazy going to places on the other side of the world and people know your music, they’re dancing to your songs and know the lyrics?

Yeah! I love it. It shows that there’s growth. Obviously it started in the UK and now I’m in the US touring. I played at the Palladium in Los Angeles on Friday with about 4000 people and the tickets sold out. So things are going really well for me in the US right now. Even to the point where I’m probably going to move here next year. It’s a new challenge.

How do you prepare to play live? Are you rigorous in your planning?

I practice DJing every week. And an equal amount of time is spent finding good music to include in my DJ set. On top of that, you have to have a feel for what tracks work together, and then have enough music to create the right atmosphere you want to create. Djing around the world, cities and venues can change drastically. Some places you really have to play harder & faster, whilst other places are more refined. I’ve learnt to sense what is needed, as soon as I walk into a venue, before playing the first record, purely from accessing the crowd. Things like what the male to female ratio is, whether the majority of people are fuelled by alcohol, or other substances, etc etc… It all dictates what direction you play. 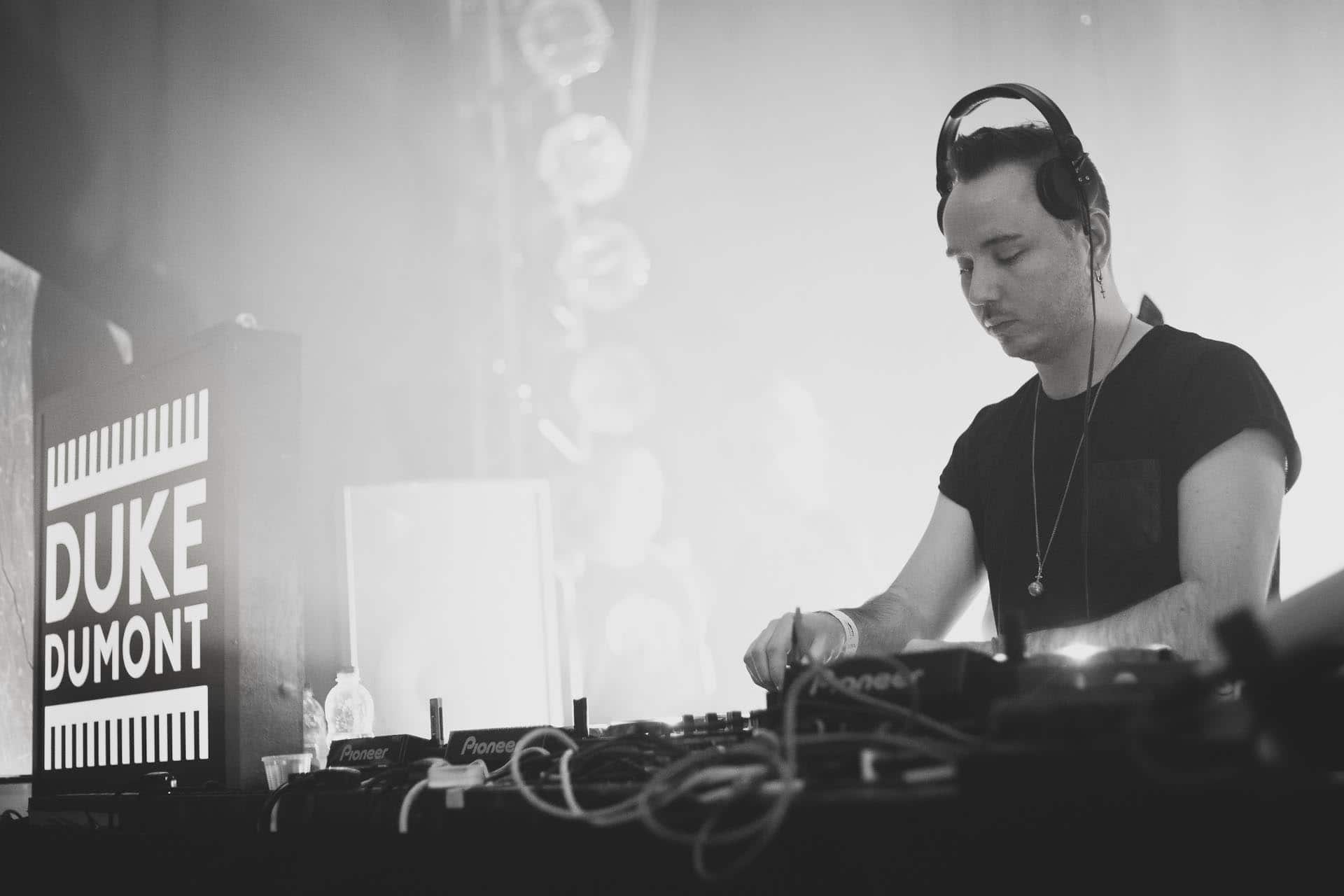 What is your creative process in the studio like?

Rarely the same. I pride myself on sounding sonically distinct. I work hard to give the music I produce a good tone, so that is the only consistent process. It could be building a song around a vocal, or a drum track. It could be playing around on an analogue synth, and then editing it, it generally changes in order to keep things interesting for myself in the studio.

When do you know something is finished?

That saying, ‘art is never finished, but only abandoned’ is true..