Bangkok is boisterous with local talent these days and there is certainly something special about its dance music scene. which while small is enchanting more and more artists to set up camp in the Kingdom. But Sunju Hargun, who is of Indian descent but was born in Thailand, has been at the front lines of it since the beginning. He’s spent the last 13 years establishing himself as a local hero and helping spots like Glow and Grease develop into the city’s go-to underground spots with his residencies and club nights. As the industry there continues to grow, so does the presence of festivals and last year saw Sunju sharing stages with Seth Troxler, Jamie Jones, Richie Hawtin, Loco Dice and Hot Since 82 when they were in town.

His music has come to be defined by his dark and minimal sounding melodies but he’s also got an alter ego that he used to producer under called Moodwax and it represents his softer side of house music. Under it, you might have heard some of his tracks played on Annie Mac’s BBC Radio 1 and he was also given a guest slot on Mark Knight’s radio show. Under his own name, he also won a competition remixing This Is Our Night for Sander Klienenberg. 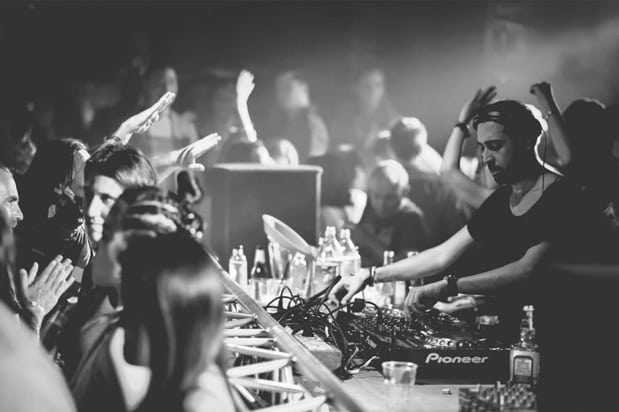 So talk us through your discovery of dance music and what prompted you to start DJing..

My education into dance music was quite an unexpected journey. I started off as a clubber while I was living in Manila during the late 90’s, going to raves and club nights, where I would hear the local resident’s play a mixture between house, pop and disco. Soon enough, I started to develop a taste and understanding about house music, as I was frequently going to watch those locals and a few international DJs as well, which surely set a spark in me. Trance also played a big role in my early inspirations when I was exploring deeper, but for me it was the darker and heavier side of it and not so much of the euphoric and happy side.

During my late teenage years in Shanghai, I spent countless of weekends at this club called “DKD” which was the temple of Underground House/Techno. The resident DJ’s that played there had a large, but great selection of vinyl and played for at least 5-6 hours taking the crowd on a beautiful Journey. The style of music went through House/Techno/Tribal/Progressive and sometimes Psy trance which carried influences from the sounds of Sasha, Digweed, Christopher lawrence, Dave Seaman, Nick Warren, Hernan Cattaneo, Deep Dish and many more.

I knew right away that this music was my calling, and the local heroes of the city were the reason I became a DJ.

That’s awesome Sunju, really comprehensive. Lets move on to your DJing: the way you like to construct a set. How much of the music you play is instinctual from the vibe of the audience, and how much is tracks you really want to play?

My early years of DJing was always about the connection with people, the same way those DJs that I use to get inspired by would make me feel something because I was hooked on their vibe. Music being such a strong tool of connection, I feel we DJs have the ability to make anyone who has a had a really bad day put a smile to their face in the end.

With that, being said for me it has to come natural ,but as funny as it sounds whenever I DJ I always have a story going through my mind, and it starts off with this person that sets off on a journey (where I begin my set to the end) but what happens in the middle is always the surprise.

How often do you get to play international gigs, and secondly, do you find the choice of music differs from your home crowds?

Recent travels to Australia, Hong Kong, Bali and Singapore have been inspiring so far, and in regards to the music choice, I would say that I always try to be myself no matter where I go, I am usually quite adaptable to many situations but it is always a balance.

Yes! It was recently during my Australia tour in Sydney, I did a 4 hour b2b set with Marco Resmann after he finished playing solo for about 2 hours, and we kept the crowd with us until the early a.m hours. It was a really magical experience, and we vibed off each other very well, but again totally unexpected which is always special in my books.

You’re playing alongside some great residents, but theres been much talk recently about the roll warm up DJs play in the scheme of a night, and how due to their inexperience some of them don’t play appropriately for the time of night. What was your biggest learning curve?

Around the time I had just started to play residencies in small clubs and bars, I was given the role of a warm up DJ to an empty floor for a couple of months until I started to have some crowd. My training started from there, as I had to fill the dance floor until the next resident came on.

Being able to adjust accordingly to the time of the night without getting to carried away by playing the banging stuff, was one of the hardest things for me to learn from the start. Sure there were a few mistakes here and there along the way, but I learnt a very valuable lesson that no matter what you play or do, reading the room was always key and giving a smile to the crowd once in a while haha!

What’s your personal music policy in the music you play?

It’s really important for me to understand that there is a fine line between giving a party and educating at the same time. Most of the dance floors I play at you will probably have 80% of the club understand the music and the rest don’t have a clue what your playing but are there for good vibrations. With the music, no matter what genre or the sound let it be dark, happy, melodic or even dirty it has to have the funk and bounce to it as that is very important for me.

Tell me about your earlier days as a drummer. Were you playing in a band? Do these days have any affect on the kind of musician you are today?

Drums are an essential instrument, which is part of my musical upbringing and plays a huge role now in my productions, as it’s the first thing I do when I start a new track. I did play drums in high school in a band but it was just for fun, we had a few shows in school but that was about it.

From where and who do you draw inspiration from?

Inspiration for me comes at random times, as it could be somewhere I go, see or watch. Most of the time I like to believe I’m inspired by good vibrations, especially after I finish an amazing gig or I have just witnessed an amazing set from an international artist then I know that’s the best time to work on something right away. There have been moments in my life where I would come home right away after a gig and start working on something with no rest at all as I have this fire and energy in me in that I’m curious to find out what the results are going to be. Lastly, I would like to mention a special someone who has been my biggest inspiration lately and is the director of where my sound is going today. 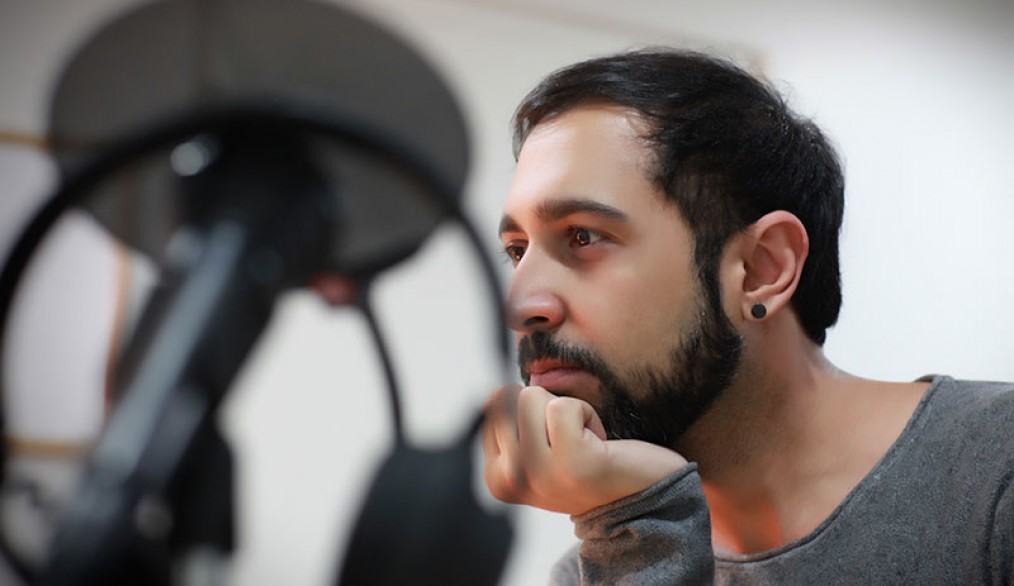 When producing music, what sort of elements do you find yourself always adding that you think come to define your productions?

As a growing producer I’m constantly evolving and learning new things everyday. I always like to experiment and explore different ways to approach my music to put myself on the edge and step out of my comfort zone. In most cases, the bassline and drums are the essential elements for me that can define my productions and keep them as mysterious and hypnotic always.

Your sound is often described as nostalgic. What’s your favorite period for electronic music and why?

Taking a close look into how electronic music has gone in circles over the years, I felt that the best times were when there was more quality over quantity of music being released. With the increase of labels and artists coming into the scene, it has come to a point where there is a lot of amazing music nowadays, but there is also the bad music that is being released just for the sake of it having to be out there. I do enjoy the classics a lot, but I would have to say my favorite period for electronic music is now and I’m so excited to move forward always and stay ahead.

Where do you see yourself in five years time?

Somewhere around the world, doing what I love and live to do, which is making music and sharing the love with the world, there is nothing better than living your passion.

Describe your look and the reason behind the clothes you choose to wear?

When I started off as a DJ, I always told myself I wanted a uniform to wear, this eventually turned into a color and that was black. It’s quite nice because it gives my personality and me an identity. Will fill you in a little secret, I always request my friends to wear black when they come to my event and I think it has become a real thing (laughs).