At 6 foot 9, Nick van de Wall, the DJ-producer known as Afrojack, is the easiest person to see exiting Soho House in New York’s Meatpacking District. But that doesn’t mean he’s the easiest to identify. Passers-by rubberneck at van de Wall as he loads his latest haul of designer sneakers into a black SUV; several stop and stare. But it takes a nattily dressed Wall Street type to break the ice. “Hey, man. Aren’t you a famous DJ?”

You could say that Afrojack is a car guy. He cruises around in a Rolls Royce Ghost and keeps a Ferrari 458 and an Audi RS6 in the garage. He can afford it, too–he earned $22 million last year, No. 6 among DJs. But ask him, and he’ll tell you he still hasn’t made it.

Describe what you do in two sentences.

I run a record label, studio, produce and compose music, and DJ every now and then. 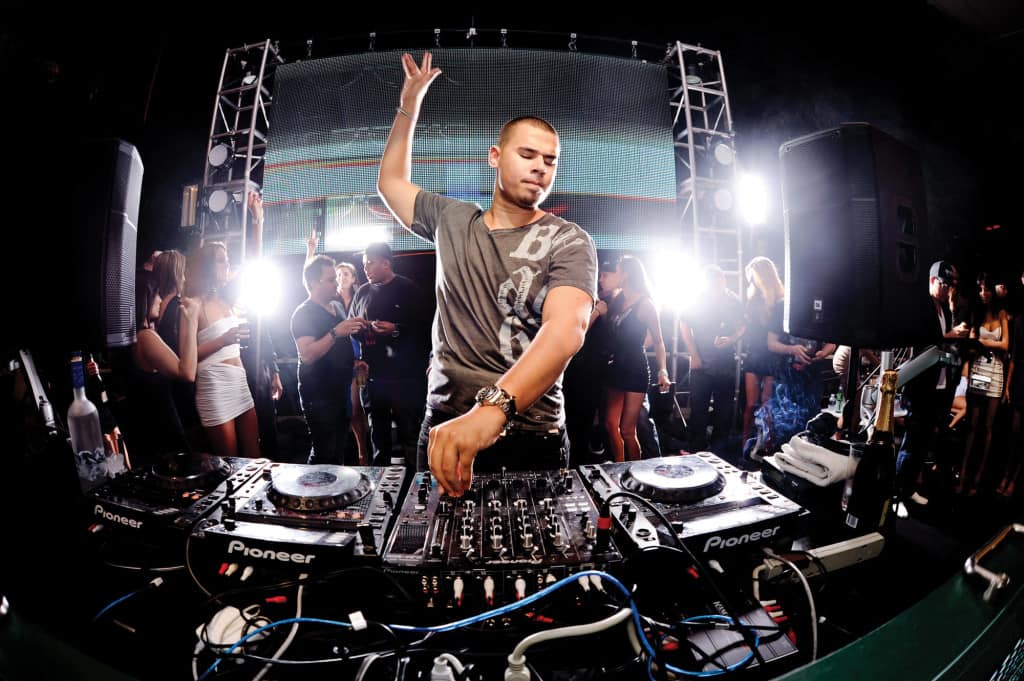 How do you fit in recording with all the touring and other activities you’re involved with?

As soon as I hit my plane, I start making music. All of my songs start in my plane and will be finished in my plane. The time in between is when I work on them in a real studio.

My schedule’s pretty crazy, but I don’t really take time off, so then it becomes a lot easier. When you work seven days a week, 16 hours a day, it becomes easy to fit everything in. It’s not a bad thing. I love my job; it’s still my hobby. Everything I do is all part of my favorite thing to do in life, so it makes it really easy to do this.

You make music in all different environments, from just a laptop on the road to high-end studios. What are your favorite working conditions?

It doesn’t really matter. I prefer working in a big studio with big speakers, so I can hear the sound loud but banging. But I also love to work on my headphones in airplanes and in my hotel. I actually sometimes produce on just my laptop speakers to get ideas out there—melodies and stuff.

Making music on my laptop is what I’ve done since I was 15. I always knew I wanted to create music with my computer. I can play the piano too, and drums, but sitting behind my laptop creating music is just something I love doing. I create the music everywhere, all over the world, but I finish it off in the studio to make sure it sounds like it’s supposed to sound.

There are two different sides to making music: You have the musical side of making a sound—the melodies and good ideas, and then the technical side,the production side—the engineering and stuff. I do everything myself, so that’s all happening on my headphones and in my own home studio in Holland, where I have gigantic PMC speakers. That’s where I mix and do all the technical stuff.

So you do everything yourself. Do you even record all the vocalists?

No, I’m actually born from being a producer in my attic studio at home, so I never had any experience with professionally recording in Pro Tools. But I do put the compressors in there, the equalizers and the delays and create my own effects on all the vocals.

The only thing that I don’t actually do is recording through Pro Tools, because I have no idea how the hell that works. I know how to tune Autotune; I know how to work with Melodyne; I know how to hook up my hardware, but I actually have no idea how Pro Tools works. I hate that software. It’s so… how you say? It’s like working in a hospital when you’re working on Pro Tools. Like all the energy gets sucked out of it, and you have to get too into mixing, engineering, and mastering mode, and it’s so technical. I like creating while I’m mixing and mixing while I’m creating.

So through that experience, you’ve kind of created your own system for mixing?

Yeah, usually I test out the tracks in clubs: I have the ability to play them in night clubs, which is a really nice extra to make sure the sound is clean, especially for club tracks. I think it’s like your ear gets used to hearing if it sounds good or if it sounds shitty compared to the other songs. If it sounds good, then you’re happy, and if it sounds even better, then I’m jumping around like a crazy man in my room. I’ve never attended any kind of mixing school or music school or anything, but I’m just lucky; when something sounds good on the radio, I’m really happy. 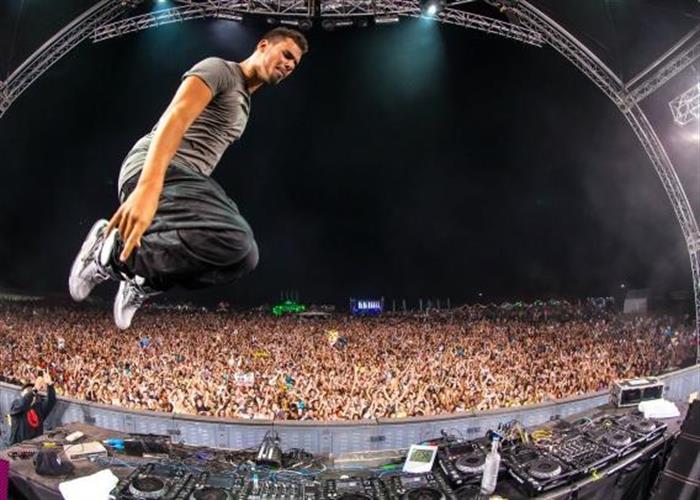 What is it about the Dutch that makes Dutch DJs have such a distinctive and popular sound?

Holland is a really small country, but with a very strong club and festival scene. Dance music has been huge in Holland since the late eighties. So there were a lot of opportunities for producers and DJs to release records and play live. Guys like Tiësto, Armin Van Buuren and Ferry Corsten were some of the first artists to have international success and we are now almost getting a third and fourth generation of artists with DJs like Hardwell or Martin Garrix. Holland is to dance music what Nashville is to country.

What’s the one piece of DJ / production gear you can’t live without?

Definitely my laptop and headphones!

What DJs — new and old — make you want to dance?

There are a lot but Calvin Harris, Avicii and David Guetta are all guys that inspire me a lot! A few guys from back in the day that definitely have my respect are Benny Rodgrigues and Laidback Luke. Those guys are my teachers!

With your growth in your musical sound and your club projects, do you also have any goals to expand your live show?

Yeah, that is my goal eventually. Right now, there’s no space for that. I’m already putting so much back into the shows. I’m trying to make sure that the promotion is right if it’s something special, ’cause if the events are special, you have to rent special staff.

I did a show in Holland and we had 25 dancers, sh*tloads of guest vocalists, a moving DJ booth, a moving piano, and the biggest LCD screen they’d ever had in that venue in Holland. It was the most expensive production they ever had. It was like the homecoming, so I wanted to give them something special. 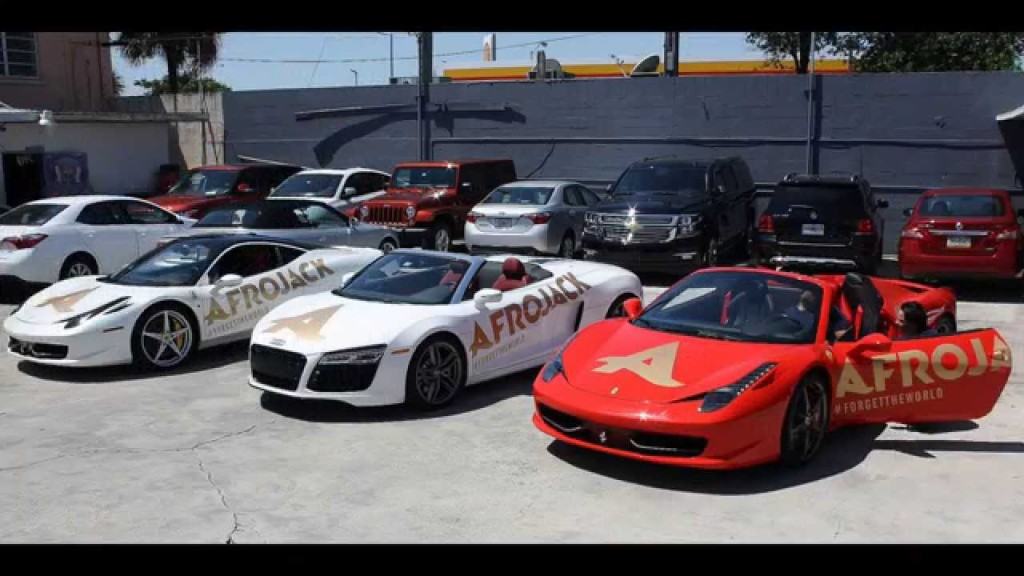 You’re in the news now for your lifestyle as much as your music. Apparently you’ve placed an order for the new Bugatti Chiron supercar. How do you feel about that kind of exposure?

Honestly, it’s really dope that if I wanna buy a new car everyone gets as excited about it as me. If you buy something cool, you always wanna tell all your friends about it, so I guess the press does it for me sometimes. But it doesn’t do anything for me or the music, so I don’t really care. I try to keep my family out of the picture—I want them to have their own lives and privacy. But with the stuff I do, my privacy disappears.

Out of all the stuff you’re doing in your life right now, what excites you the most?

Right now, producing. There’s a lot of new sounds available; a lot of people are not making [music with those sounds], so there are a lot of options to make new sounds. I’m excited when I’m in the studio right now.