Kölsch is no stranger performing to huge crowds that are massively educated on his production while his album this year was one of our favourite albums in 2015. Check out the interview below of his much anticipated show at Jenja on NYE.

Firstly, you share your name with a particularly fine type of Reine brewed German lager… do you have a connection to this area of the world?
My last name is Kölsch, and my grandgfather was from Cologne. Actually if you are from Cologne you are a Kölsch, hence the name for the beer. Michael Mayer (label head of Kompakt Records) spotted my last name, and insisted I used it for Kompakt. (Kompakt Records is based in Cologne) It seemed very fitting.

How did you first get involved in DJ’ing?
I DJ’d when I was younger, I DJ’d in my youth club. It was really small, I was only 11 and I had to learn how to brush with techniques and such. But I was just having fun, I didn’t really know what to do back then. If you had the opportunity then why not? The equipment was so expensive back then that I couldn’t afford it anyway. 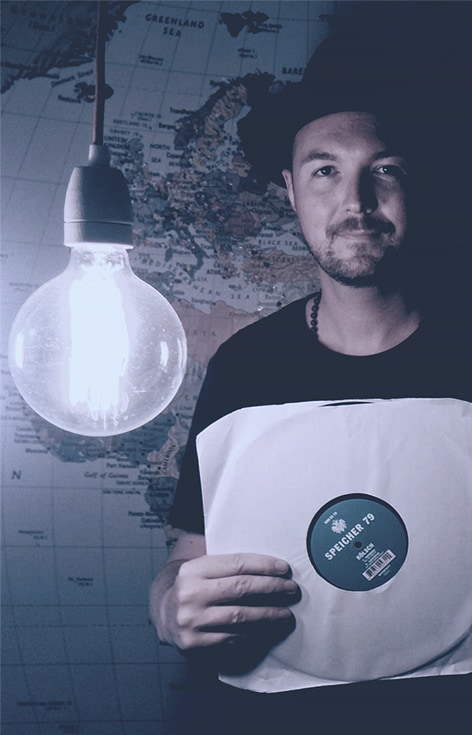 You were born and raised in your native Denmark; there must have been some exciting gigs over there. Do you recall the very first gig you attended? Where was it and who performed?
The first techno show that I ever went to was in 1993 and I was still into hip-hop at the time. I was wearing all of my hip-hop clothes and my friend invited me along to this hip-hop party. It was in a place called the Pumphouse. There was a band back then called The Construction and they did a live show, they were also throwing out cassette tapes. I got one of those cassette tapes and was like – what is this? Honestly, it was pretty terrible. It was trance, it wasn’t very good. The music was so alien to me , I became fascinated by this particular sound.

In 1994, I played my first show in a youth house which was basically a squatters place. I played in a room called the Fried Egg. I did a cool show and I didn’t think anybody would show up, it was ram-packed.

What’s the Danish music scene like?
It’s super commercial, which is fair enough but there are only two clubs left that have underground music.
Underground, in itself, has sort of lost its way. The boundaries of underground used to be that you had a particular record or you could only hear something somewhere. Underground is no longer defined by availability, it’s defined by style, and I don’t like style. It’s become a lifestyle, an insecurity, more than an actual interest. A lot of people ignore good music because they think it’s not in the boundaries of what they are supposed to like.

Whats been your most exciting collaboration?
Funnily enough, it’s a Kölsch track called ‘All That Matters’ with Troels, in Denmark he’s a superstar. It was such a big thing for me to get him on the record. And, that track is probably one of the most impressive pieces of music I’ve ever done. He told me last week the vocals are actually about his kids. That’s what so interesting for me about vocals, you can tell a story that you can’t really tell with just instruments and music. I was just so thrilled and had to re-listen to the record.

That’s why it’s so exciting, there‘s so much to learn still. It’s still so exciting. I’m still so hyper about the whole thing after twenty years.

Dance music is quite a throwaway culture, do you think it’s important naming tracks?
I’ve always believed in emotive music. My big inspirations back in the day were Robert Hood and Mad Mike. I think, if you pour a bit of your soul into a track, that track will survive. In fact, that’s the whole thing about the Kölsch project. The tracks are related to my childhood so it’s kind of a biography from when I was a kid. ‘Der Alte’ is a series I used to watch, ‘Loreley’ is a whirlpool in the area where I grew up.

Talk us through your live set and technicals?
I use Ableton, I try to keep it as minimal as possible. I don’t like dragging shit around, I’m pretty lazy. I’ve got a controller, I use touchable on my iPad and I control Ableton on that. I’ve got a bunch of VST’s but mostly I try and bounce things in WAVs and keep it fairly simple. I’ve got a really fat master plugin I made specifically for the live set too.

It has to be simple enough for me to operate when I’m drunk. People are having fun, going crazy. I don’t want to stand around and look intellectual. I want to enjoy myself. I’ve been doing it for 20 years but still, I want energy, I want the spirit to be right. If it was too overcomplicated it just wouldn’t work out. 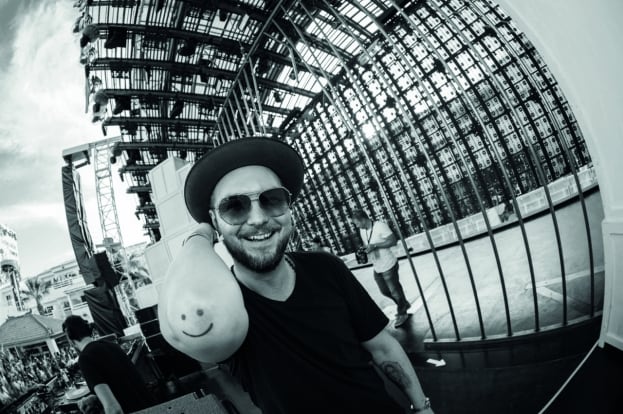 Do you prefer a live set to a standard DJ set?
It’s completely different. I like the live set, mostly from an artistic point of view; I like to test out different things. The whole live set is basically unreleased stuff. It’s interesting to work out what the arrangement is going to be, what it sounds like. But I do enjoy DJing too. I love bringing out all the records, that whole thing.

I think you are often restricted by the tracks you’ve released. That’s the difference with the live set. The live set is a work in progress for me.

What have you done differently?
I don’t know. Honestly, I don’t. I think what might be different is that I grew up in Christiania, a hippy community in Copenhagen. I think my perception of what is normal is a bit different to everybody else’s because for me, this is normal. I don’t know what I’m doing but that’s the point.

Finally, your music has been gaining a certain amount of commercial success in recent times… did you ever think your music would have this reach? And are you adverse to the more commercial / mainstream strands of electronic music?

I would never have imagined that my music would have this reach. I’m by heart a blossomed nerd, and all I wanted from life was to make music. Although I tend to distance myself from the more commercial side of the scene these days, as the music has developed to a place I’m simply not into. I still have the deepest respect for all artists. Everyone is working hard on their respective dream irrelevant of musical style. We all know that nothing is given in this business, so we all share a common bond in that sense.