We talk to Cocoon Recordings techno and trance legend Marcus Henriksson aka Minilogue, Son Kite, Nobody Home ahead of his New Year’s Eve gig at Mano Seaside on Petitenget Beach.

You were involved with Cocoon which is arguably the biggest club brand when it comes to techno. Can you tell us about your involvement and some of the finest moments as part of the team?
I have released two albums and a few vinyl singles on Cocoon under the name Minilogue together with Sebastian. Since we released our album on Cocoon we also played on some of their events together with the Cocoon crew. It was an interesting and very educating experience to have been involved in that kind of business. So for me to learn more about myself and who I am in contrast to those experiences is the fine moments to me 🙂
Nice to have been playing together with Sven Väth 🙂

How does your music differ to other producers in the way of any trademark sounds or vibe our listeners can keep their ears out for?
To not expect any sound or style is my style 🙂

Can you explain your approach and philosophy when playing a DJ set vs playing a live show? We understand you first started your career as a DJ at rave parties. Does this approach change when you play in a club vs outdoors?
There is more possibility to improvise when playing live. To be able to create something fresh in the moment. When dj’ing one can not change the tracks one plays… but one can choose from a wider selection of music compared to playing live.
I have been Rave dj for over 20 years. Started 1993.
Yes… to me there is more space at an outdoor event and if there is more space there is also more room for music that needs lot’s of space 🙂
In an small club with low ceiling it can be difficult to play some styles… I think. But it also has to do with the circumstance one is in. Soundsystem, side of place, deco, people, without alcohol or with alcohol, the country and it’s culture… and many other factors.
Some countries have a history and a collective energy that has higher energy than others and one has to adapt a bit if one wants to be able to express. It’s trying to find the right balance I guess.

You produce under many different aliases. How do you define each one?
As Marcus Henriksson I play whatever I like. From ambient to fast hypnotic trance in 150 bpm. Here I’m open. As Nobody Home I play techno 120-134 bpm. Minilogue is when I play live together with Sebastian. 120-130 bpm hypnotic techno. Son Kite is when I play together with Sebastian. 130-138 bpm psychedelic trance. And then there is Minilogue vs Mathew Jonson. Where we play live improvisation techno. 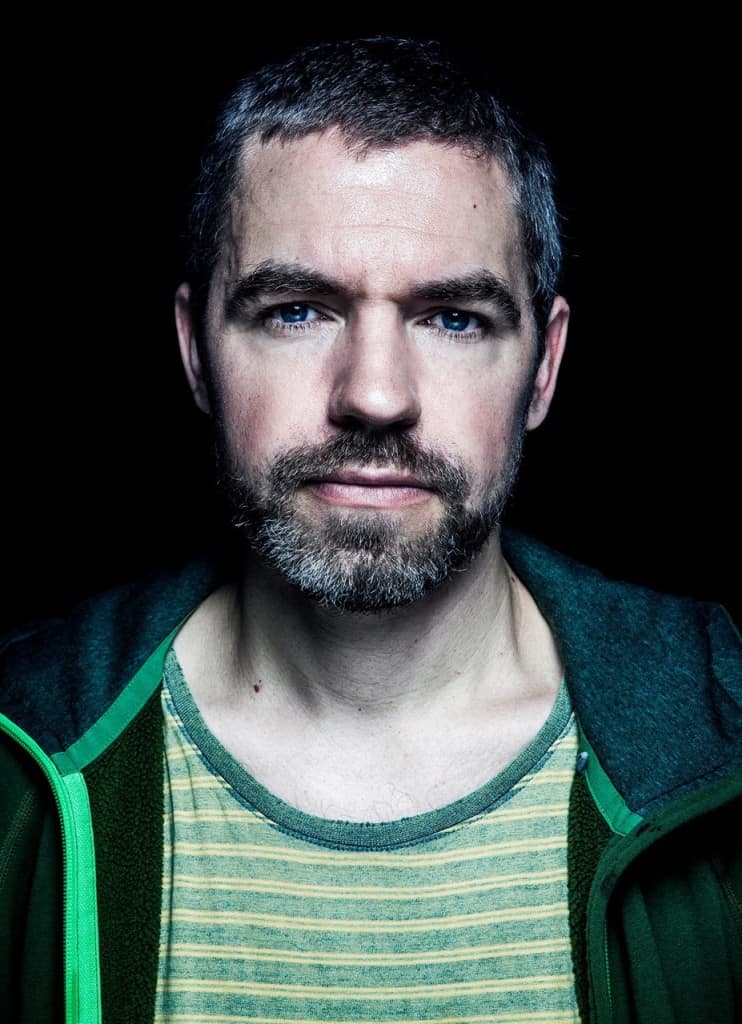 Besides Cocoon, what other labels are you currently working with and do you have any of your own labels that you can tell us about?
I have my own label. Home Records (www.home-records.net). Here I release my creativity on vinyl. With my one label there is total creative freedom and that is important for me. So check it out 🙂 At the moment I am not working with any other label.

Minilogue and Son Kite has a unique position in that you have a big following both in the club and rave scene. Why do you think this is? How do you feel the rave and club scene has evolved since you started your career nearly 20 years ago?
Maybe people like what we do 🙂 and I am very thankfull for that!About the evolvement… I will share my perspective and how I think.
In the beginning the rave was more of a gathering where people where attending in an ritual. We human beings have been dancing to repetitive drumming for thousands of years. We have been using the ritual as a way of connecting to something greater and for healing and guidance. During these rituals there was also the use of entheogens (psychoactive substances) for enhancing and opening. This is something that is built into our DNA you could say. Native people are still doing this around the world.

I believe that the Rave was the modern societys way of expressing the ritual. The ritual that we all have inside of us. As a way of finding balance in the modern “out of balance” society.
So in the beginign of the Rave culture I experienced the raves and festivals more as gatherings and rituals. The focus was on the music and on dancing for many hours. To get into trance.
I use to to the rave when it started… around 22.00… and dance all the way to the end… at 10.00. I brought fruits and healthy stuff to eat and I did not use any substances or alcohol. Went for occational toilet breaks ;-). To me the whole rave experience was mystical and kind of religious.
But this changed during the years. Club culture started and the rave music entered into the disco and club world. We could hear the euro-disco sound that exploded in the mid 90’s. It was very influenced by the techno music. It was also here the word Rave was exchanged by the word party or clubbing. People did not say they where going to a rave… they where going to a party. This also changed the focus from Rave and the gathering and the ritual to more focus on party and the use of substances. I myself did not like this change. I loved the gatherings and the more “mystical” vibe you could get from a Rave. Going to the same club every weekend did not give me that “mystical” vibe and I felt that also the music became more superficial and more influenced by the modern societies way of thinking. In the begining the dj was not so important. But during the years the dj became more in focus and the press and magazines started writing about the rave culture. Suddenly we had superstar dj’s that got fame status. The whole club culture became a big bussiness and the music followed. To me Rave music was something psychedelic and something that was unpredicable. Music that could take me deep within. But the club music was so influenced by the modern society it did not notice that it was sucked into the bussiness mind. The word Rave was lost and around mid 90’s there where no more raves… or at least they became very rare. 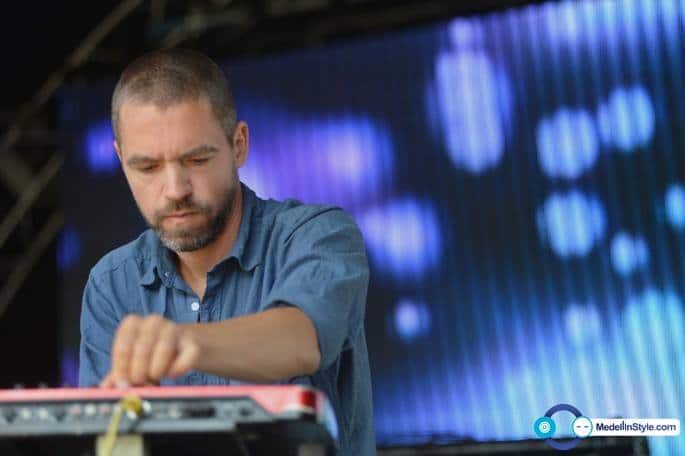 I was playing as Son Kite on trance events and festivals. Starting 1999. I enjoyed it very much and I felt that the trance scene still had that spirit left that I was experiencing in the beginning of the Rave movement.
Then the computer entered into the whole electronic music scene. A mashine that could make things easier for the touring artist’s and dj’s. Mark the word “could”! Artist started using the laptop more and more.
When I started making music we only used the computer as a sequencer. All the sound was made on external instruments and synthesizers. The computer was just telling the instruments to play or not. Around 2000 the computer could simulate analogue synthezisers and more and more artist started using only the computer. The whole music bussiness and press was hypnotized by the computer. You could read the music gear magazines how they where saying that the software simulations sounded the same as the original instruments. But that was not true but a whole music business got hypnotized by the machine and what it could do! So the computer was taking over more and more.
The trance scene had been very infected by the computer and suddenly all the music sounded the same. Same production, same style, same build up, same same same. The psychedelic was disapearing. The computer and the bussiness mind had sucked all that out and to my ears it was a bit soul-less at times.
The music was not looking for that psychedelic experience any more.
It was the same in the techno/house scene.

I guess that we humans have to find the right balance between man and machine because how I see it I don’t feel there is balance at this point in time. But we will soon get things into place again 🙂

You already played one gig in Bali recently ahead of your New Year’s Eve show at Mano Seaside. So far what did you notice about the scene and industry in Bali that makes it unique? The clubs? The crowd? The type of tunes that are working?
I had a great experience playing for the Interstellar crew. Thank you Manu, Atiqah and Laurent for you great support and inspiration! I got to play 4 hours at the Koh club… and it was a great vibe and I was in a trance while playing 🙂 This was the first time I played in Bali and I don’t have anything else to compare to but to my experience it was a great crowd who was willing to let go and get into the dance and trance 🙂

Could you give us a little teaser about the kind of set you will play on New Year’s Eve?
I will play for the Interstellar crew. The same guys who are doing the Eclipse festival 2016 in March next year here in Indonesia. I just have to give them som good support because they are going to make an unforgettable eclipse experience next year!! 🙂

What’s next on your tour schedule? Do you play any more Asian shows or do you head back to Europe?

I will go back home to Sweden after New Year. So no more gigs on this side of the planet for some months.
Will play at a friends place when I get back home. Small event for 40 people. I will play the whole journey. Making it a more ritualistic approach with the aim to enter into trance. Looking forward to that.
Then a gig in Hungary and then Israel… and the story continues… 🙂