After almost a decade of releasing on key house and tech labels such as Bpitch, Tsuba, Cadenza, Hypercolour, Upon You and Truesoul, French house maestro Okain has taken the plunge and set up his own label: Talman Records. While ‘artist sets up new label’ is hardly a fresh story, how he’s approaching it certainly is. Rather than applying the standard ‘supporting new talent’ brag that most artists will attach to their fledgling brand, Okain is being frank and direct: Talman, for now at least, is all about him.

An eclectic multi-shaded artist who’s never forced any sounds to fit the multitude of imprints he’s worked with, at points Okain has found that his music has to endure agonising waits until it has found its right home. Talman gives him the freedom to unleash his creations at much speedier, consistent rate with even more creative freedom. Having worked hard with Paul Ritch on Quartz, and before that managing Alex Dee’s Jetaime, Okain is ploughing years of experience and hard work into his own house harvest…

And, judging by the label debut, it’s a bumper crop: Talman Records’ debut release features a vibrant and timeless broad range of house dynamics through just three juicy cuts. As you’d expect from such a singular endeavour, they’re all born of deep personal influences, too. Get to know… 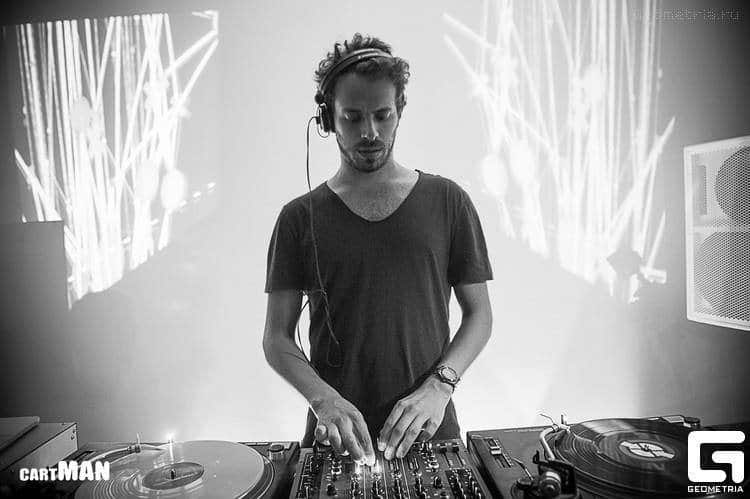 Okain… How’s life?
Life is great. I am focusing a lot on the music side at the moment, finishing a lot of work for the label and going in as much as possible in the studio while I am not touring on the weekend to DJ. This is what I love to do!

We need to talk about Talman. I think it’s refreshing that you’re setting up a label exclusively for your own productions. It’s an honest manoeuvre that fans will respect. Is that the idea behind Talman?
Yes it’s finally the first label I am setting up after helping some of my friends with their labels for few years. This project is very personal because I am going to be the unique artist on the label for a while I guess. The idea behind it is to release my own music in the way I want it to be presented, to have a more direct connection with the DJ and listeners. I am not excluding other artists later but I think it is very important that I first setup the vibe of the label myself.

Yeah, you need to lead from the front! Who else will you eventually involve?
Well there are a lot of people I admire and I am lucky to have a lot of friends that are doing amazing music too. I will probably ask some of them if they want to join me on the project but this will come after the first step which is presenting few EPs with my own tracks. As I said earlier, it’s a very personal thing and I want to work with people that are sharing the same vision and that are supporting the project.

Obviously this is an opportunity to really experiment and explore new creative ideas… Wasn’t this level of creativity and audio adventurousness possible on other labels you’ve worked with?
In some way yes and no. I never made music thinking about a specific label. If I do, it completely blocks my creativity. I think I will be a terrible ghost-writer as I can make music only when I feel free! Through the years I was making music and then thinking about what kind of label will take it afterwards. That is why I ended up working with a lot of different labels.

The disadvantage of it is that I ended up having some of my most successful tune like Corner Boys staying on my hard drive for two years before someone finally agrees to release it. This is after I try many times to show it to the labels I used to work with. With the label now it is a different thing as I can put out whatever I really believe in.

That said; I want Talman Records to have a specific sound. I am not going to release my music exclusively on it. I can produce different types of stuff and I will see what fits and what not. I really want to keep working with other labels too. I had great experience working with most of the labels I released music on.

Sure, you’ve worked with some brilliant labels over the years! What have you learnt from them while setting up Talman?
Since the beginning I have had the opportunity to work with some of my favourite labels and I am really thankful for that. I asked some of them directly for advice and they were really helpful. Of course to have all these relationships helps me a lot. But I also had the experience of me being the label manager of my friend Paul Ritch’s label, Quartz Records. And before that I was helping at Jetaime Records. I learnt from these experiences but it is a different story to run a label that focus on your own music.

We should really talk about the music… Firstly, what’s the story behind ‘Southampton’? There are many nicer towns in the UK to name a tune after. There’s got to be a story there!
It’s nice of you to ask because there is actually a story behind it. First of all, the track name is not about Southampton in the UK but it is about Southampton in the US. It’s a neighbourhood next to NYC. I spent a summer there when I was about 16 to work in a grocery store and improve my English.

I ended up making orange juice all day, cleaning the garbage and mostly making progress in Spanish. The very cool thing about it is that when I came back to Paris I had enough cash to buy a pair of cheap turntables and mixer and that’s where it all started.

Full circle! What other random towns and cities from around the world you’d like to name a track on?
I have some good stories from a lot of different cities that are not so well known. I could make tracks about my experiences in Perm, Yerevan, Beijing or Ahmedabad.

Cool… So where in the world is the best kept secret for parties right now?
I am always having the best time in Serbia. I recommend Belgrade; it’s a really cool city with nice party people and they have this nice schnapps called Rakia. It’s the perfect party drink for me.

Finally… What’s next? And when can we hear it?
The first release of my new label drops in November on vinyl then a bit later in digital. I also have two remixes to be released before the end of the year. I think 2016 might be my busiest year music-wise as I have finished a lot of stuff that will be released through the year on Talman Records and other labels.