Martin ‘Martinez’ Swanstein was destined to play and produce music. A natural musician, he got into DJing and Techno music at a young age, moved from his small hometown in Sweden to Copenhagen to focus on mixing and production and landed a record deal with Chicago-based label Guidance Recording. This led to the release of ‘Laidback Grooves EP,’ bursting with Deep House and Broken Beats. He has since worked with some of the greatest in House such as Steve Bug and formed his own labels to support his music and that of his friends. He has made a name for himself due to his changing sounds, found on ‘Skywalker EP’ and ‘A Chemical Imbalance,’ and certainly deserves his spot at Cocoon in Ibiza.

To begin first can you explain a little about your surroundings in the times. How your artist career sounds, ended influenced by Sverige, København, Detroit and Chicago, Berlin and kind off South American grooves at the same time?
Well, I live at the moment since 11 years in Copenhagen, the capital of Denmark. I was born in Sweden and grew up there and moved to Copenhagen when I finished high school. There is a much better scene in Copenhagen for this music and much more opportunity to make something big and get inspired. So this felt like a natural choice for me. I think that back then I was living in Sweden, I was very influenced by the local DJ’s in Helsingborg (the city I grew up in), whom all played very slow and pitched down US Deep house. I liked this a lot and started to be inspired by it. When I got a little older I started to go to Copenhagen to buy records and later also to visit clubs there as it was very near to my hometown in Sweden. So the Danish DJ’s also inspired me a lot and changed my view a bit to the more party side of being a DJ and not only the art form. So, I think these two inspiration sources gave me the best of both the artistic form and entertaining form of performing as a DJ. As I always loved Detroit Techno and Chicago House, when I later started to produce I was very inspired by this sound and tried to bridge that with the ideas and surroundings from Swedish and Danish sound. For the South American grooves, I always loved percussions and strong hypnotic rhythms, which South Americans are the kings of! I even worked briefly in 2003 with a Brazilian vocalist who lived in Copenhagen for some stuff, but it was very different from what I am known for these days. 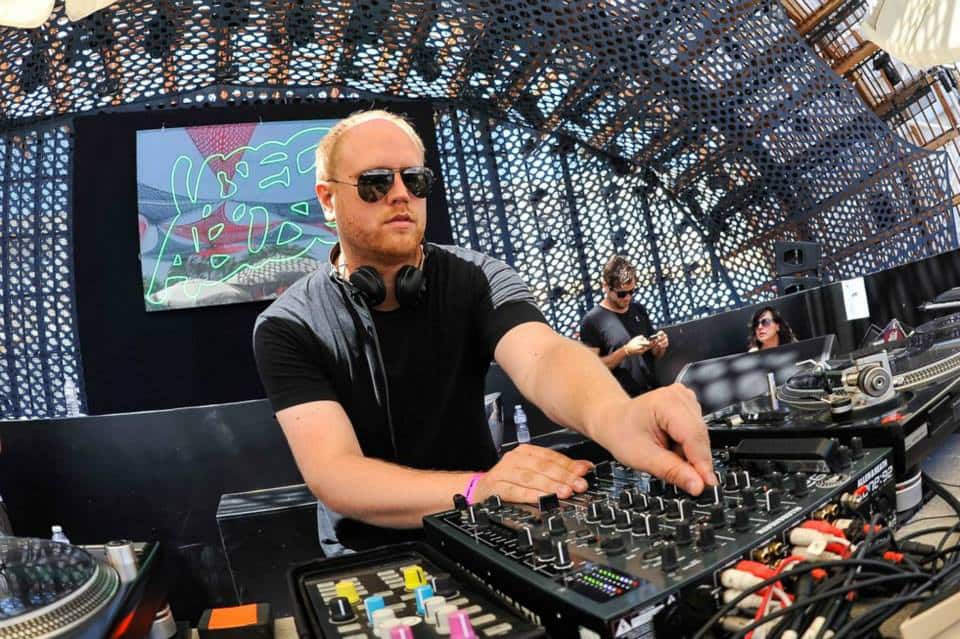 You know, when I first saw some tracks of yours, from your artist name I thought “Ah, some Latin or Spanish guy is doing all this cool stuff”, but you’re blonde and from Sweden! Does this happen a lot ie. people being surprised where you’re from?
Yeah for sure, this happened a lot in the beginning when people didn´t know my face. Many people thought I was some Mexican dude living in Denmark. Nowadays people know me better from pictures, so they expect a Scandinavian looking guy. Funnily enough, people still insist on speaking Spanish with me when I am in Spain, maybe cause I have an artist name that is one of the most common Spanish surnames. I guess it’s like if some Spanish dude was called Johanson we probably would think he had some connection to Sweden!

Without guilt your artist name ended sounding more Latino than Celia Cruz, what’s the story about your name?
haha, Well, this is the classic question. OK, as my real name is Martin Swanstein and in school there was a lot of Martin and I was called Martin S. to keep us apart, when you say Martin S. it sounds much like Martinez and when I started Djing and producing I used this nickname as an Artist name and suddenly I signed an EP to Guidance recordings with this name and know everyone knows me as Martinez!

What is your DJ setup? CD? Vinyl? Traktor? Explain why.
For almost a year now I’ve been back on vinyl records only. I’ve always liked to play on turntables and with vinyl records…this is how I learned to DJ and so where I come from. In 2006, I started travelling more and more, so I decided to use Traktor Scratch with control vinyl, as it was easier for travelling but still allowed me the feeling of playing with vinyl records. But I got really sick of bring a laptop on stage and always having to connect wires and stuff like that. Also the way you choose music for a vinyl set is much better for me, I find far more interesting music and put much more effort into the selection. With Traktor I got lost in those long playlists of the latest promos, which just got longer and longer every week. So I play vinyl and I love the feeling of bringing my records to the club. I feel much more inspired playing music this way.

You were born in Sweden, and later moved to Denmark. What parts from your music are Swedish and what are Danish?
None really, I don’t think that anything in my music is Swedish or Danish, in case it is it would be more Danish since I made almost all released music in Denmark. I take more inspiration from music I hear, equipment that I work with, sunshine and people around me.

Please name some non-dance artists that you’d like to remix.
The Cure would be absolutely amazing to remix! Also Bjork since I love her voice. 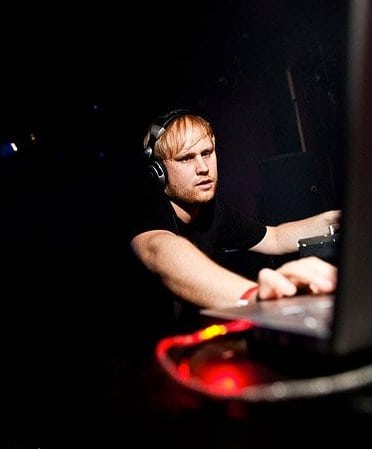 Do you pay attention to current trends in dance music?
Honestly no…

Is your production technique mainly hardware? You mentioned playing some drum sounds with an Irish Bodhran drum. Have you experimented with any other live instruments recently?
Yes, I use a great deal of hardware equipment. I like to work with real machines and I get more inspired by that. I am a musician and play lots of instruments too, so I often use instruments like drums, guitar, bass and piano when I record, though one of my “things” is to record for example a guitar and make it sound like something completely different. I use instruments as sound sources, but I like to modify them more or less beyond recognition. That was always what I loved about electronic music, the mystique of the sounds.

The musical tastes are changing from time to time and people become trustless when they read not really good things about a DJ. How would you solve this problem if people will start to get bored of your music?
Well, if people get bored of my music there is not much I can do. I make music the way I like it to sound and because it inspires me, if people like it, its just a great bonus most important is that I like it! But I guess that it’s important to always keep challenging and develop yourself as a producer, this is one thing that make people keep there interest in your music. Trying new things and also often you as a person you change all the time and so will your music, hopefully that keeps it fresh and new thinking.

Do you think techno music is adequate to the Formula 1 drivers? Or they rather prefer a drum’n’bass?
I think some funky minimal techno grooves could be cool for driving Formula 1, but I don’t know to be honest, I think d n b would be too much when you drive that car wouldn’t it?