Anja Schneider is a name that isn’t new to the game. She has been apart of the scene for many years as a broadcaster, producer, world-renowned DJ and founder of Mobilee Records. Once upon a time she was labeled a “perpetual motion machine,” and is one of the hardest working individuals in the business. Her musical career began not in the DJ booth but in the radio booth as a producer for KissFM and then later as a radio persona for Fritz Radio. Armed with eclectic exceptional taste, a charming personality, and an engaging presentation style, her “Dance Under The Blue Moon” program became a stellar success. The program continues to air on Fritz Radio for the music loving masses of Berlin. It was through this medium that helped to launch her career as an international club DJ.

You’re based in Berlin – the world’s hub for a mass of electronic music, is there any other city in the world you see yourself living in?
I’ve been living in Berlin now for 17 years and I honestly cannot imagine living anywhere else. It’s my home and the best city in the
world because all my friends and family are here. The only disadvantage is that Berlin is not by the sea, but you can’t
have it all! Berln isn’t just interesting because of the electronic music scene however, it has always been interesting for creative people especially musicians – such as Iggy Pop, Depeche Mode, David Bowie… Berlin has a very special energy. It can open a lot of doors for your own creativity. 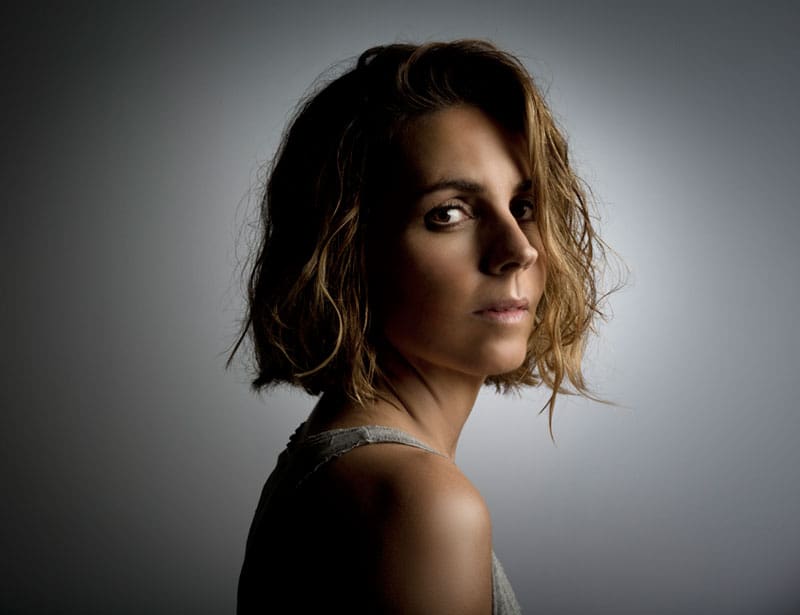 You entered into the world of DJing through a quite unusual route, first through radio production then through presenting. What advantages and disadvantages do you think taking that route had for you compared to the route others have taken?
I don’t think it was too unusual to come from that background because some other DJs started like I did. For me it was all quite natural and organic. When I started the radio show I was playing techno and electronic music and so I soon started to get requests to play in clubs.
At the start it really was quite hard. When I started the show, radio had a completely different position, it had way more listeners than nowadays, but it was easy for me because I couldn’t see all those people. This was my first problem when I started as a club DJ, seeing the people and seeing the direct reaction. I was super, super nervous and of course I made really bad mistakes in the beginning, but going out to play my music in the clubs was one of the best decisions I ever made.

So you jumped straight from radio presenting to playing clubs where you would mix records? You were mixing records on the show?
I come from an old school radio set up which means if you want to mix in a studio, you had to go to a DJ booth to do that. I was working around a microphone and I really like that way of playing a track from the beginning to the end and then telling the people something about it. So I don’t mix on the radio.

Music doesn’t seem to have much value anymore, so it’s really important for me to tell the people ‘hey, this track is made by this person and this is his background’. What really helped me learn was working as a DJ for radio parties. We’d travel around, I played in some of the worst discotheques you can ever imagine, with lazer lights and so on.
It was during this time that I understood my job as a radio DJ, you had to have half an hour hip hop, half an hour indie, rock, techno. So, I’m really coming from this old school thing. When I look back nowadays it really helps me feel so much more confident with a night and how I build up because I learned from that. 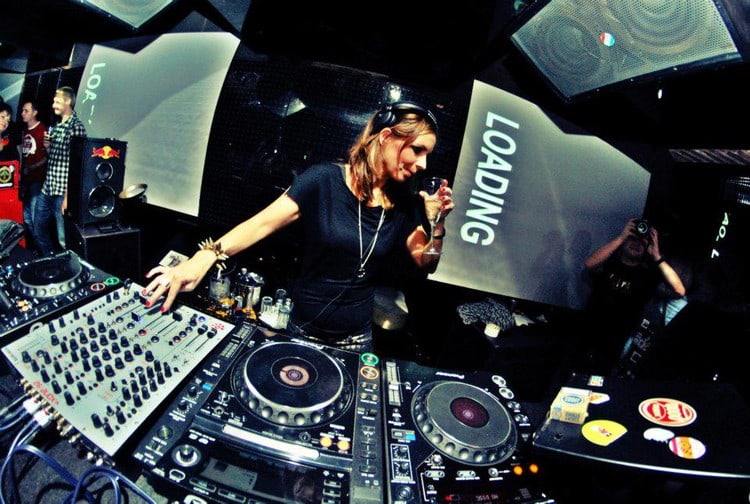 What can we expect from an Anja Schneider DJ set?
Never expect anything, always expect something! I go with the flow on the day, I don’t plan, it’s intuitive. My hope is that everyone is dancing and having an amazing time – then my job is done!

How does the music differ that you get to play on the radio compared to what you select to play in a club?
On the radio you can go much more wild and weird. And you can play some more pop-y songs. The last gig I had was in Ibiza, at one of the closing parties and there it was just ‘BLAM BLAM BLAM’, so you can’t do that kind of thing there. The radio gives me a lot more freedom. Also, because I have so little time these days, the radio really gives me the opportunity to listen to a record properly, from beginning to end. That sometimes really helps me decide what is really going to work for my DJ sets.

How has Berlin clubbing changed in the time since you arrived in the early 1990s compared to where it is today?
Berlin was always great, one of the best cities for clubbing and for elecronic music, but of course everything changed. There was a time in the 1990s when we were struggling, there were a lot of clubs and we didn’t have the rave tourism that we have now, there was no Easyjet or Ryanair back then. Now, when you go out in Berlin at the weekend, nobody speaks German. You hear every kind of language, it’s a real mix of people and that’s great for the club scene and for Berlin.

We understand you have a son, assuming you share your music with him, how has he reacted to some of your favorite tracks?
Oh, *chuckles* its difficult, you know? Of course they react on techno really well because of the simple 4-4 beats as a child. Unfortunately, I have to tell you something which is like really embarrassing… We have in Germany this super huge, folk-schlager singer, she is very terrible but he loves her to death. He always loves listening to that folk music and I just shake my head.
Last week we had like a really funny situation, we were sitting at breakfast, and I always have the radio on, and there was an old Depeche Mode song on and he loved it! I did something good then, haha! Sometimes I play in the studio and when he comes home, (he is quite clever) and he is like “Mom what’s in the studio?” and he listens and is like “yes of course I like it.” But I think he says it to get on the good side of me so I give him some chocolate or something. But he does loves it–my music. Also he loves Paul Kalkbrenner. When I was really really pregnant (because I didn’t go to clubs) I went to a Paul Kalkbrenner concert, because I wwanted to see his hugely successful show. We went to an open air concert and I was pregnant –like 9 months– and now my son likes him and thinks he is really good, I think, because of that!

If there is one legacy that you could leave fans in this world, what would it be? How do you want people to remember you.
Of course, only in the best way. But it is hard to say, because I am not like that person, you know, I don’t also like to always teach people like “I am always right and this is wrong and my music is the best and this is shit,” and all that. I think my big thing is that I am really authentic in everything I am doing and honest and loyal and I hope also a little funny. The biggest, more important thing for me is to give people a good time, because this is why I am a DJ. Because I have a good time and I also want as much people to share it with me as possible.