James What has long been making his mark on electronic music. His is a two pronged attack, the first being solo as both producer and DJ. He has played everywhere from Robot Heart at Burning Man to across both Americas, Europe and Asia, has previously hooked up with Crosstown boss Damian Lazarus as Zod and released on his other label, Rebellion. So too has his original solo work, which is a knowing concoction of gruff techno, slick minimal and classicist house aesthetics, come on labels such as Crosstown Rebels, Poker Flat and Murmur, with remixes being commissioned by Rue de Plaisance, CityFox and My Favourite Robot. Of course, James is also one half of Berkson & What, the analogue loving house and techno partnership that has won worldwide acclaim for their live shows and productions on labels like Poker Flat and Crosstown. That project is about to birth its first album, and has also given rise to new label Modelmaker, meaning this venerable talent is about to leave yet another indelible mark on the scene that he has so intrinsically been linked with ever since making his debut.

Any favourite pieces of equipment to use in the studio? if so why?
It’s difficult to pick one piece of gear, but probably a very close tie between the Jupiter 4 and the Roland Space Echo. The JP4 is just a completely unpredictable synth that always seems to surprise us. It’s less popular than some of the other Roland synths so these days you don’t tend to hear them as much as Junos or SH-101. The Space Echo has been a favourite since the very beginning when all we were using was a Minimoog, a Space Echo, and a computer. There is no better sounding FX and it can be used on anything and always sounds great.

Give us some insight into your production process. How do you typically begin constructing a track?
There is no set way for us to start making a track, but more often than not we start working on it together from the start. It could be inspired by some samples we collected, a voice or sound FX we want to use, or a new machine in the studio, like a drum machine. Sometimes it might just be that we want a particular vibe to play live and we just try to recreate that. We experiment looking for sounds and putting ideas aside until we find something we get excited about or an interesting way to combine them.

Is there any piece of studio equipment or a production process defines your sound?
In terms of equipment, I think this always tends to change for us as we move around a lot and favour certain pieces for a while and then change things up. Probably the process is more defining for us. A combination of live experimenting/recording and post-production has been pretty consistent for us.

What piece of hardware or software elevated your production to a higher level and how?
Getting some decent pre-amps (neve) helped a lot for recording of all of the synths and drum machines. If you’re going to be using a lot of outboard equipment, getting the initial gain right will make a huge difference.
Also, switching to Ableton really improved things in terms of arranging and workflow. We tend not to warp things unless it’s necessary so we’ve been happy with the sound quality of Live compared to the other platforms.

What equipment have you recently added to the lab?
Our latest addition was the collection of Moog moogerfooger pedals which we use alot on the album. The idea was to get more out of our existing instruments by driving them through some cool analogue external FX, and the foogers are great for that. Its fun to play around with different ways of chaining them and you can get very different results. Since they arrived we are using them on every single track.

Your essential studio supplies are…
Water and cashew nuts.

Give us 3 of your favourite productions.
The Dig – Poker Flat

Are there any handy studio tips you would like to pass onto producers out there?
I always say that trying to learn a few things very well is the best way to go. You get a lot more out of really learning all the ins and outs of one thing than you do trying to always find new things to use, especially in the plug-in and software synth world. Too many people become obsessed with finding new things to use instead of really exploring what they already have. It’s better to really go in deep and start to find your own sounds before moving on to the next new thing. 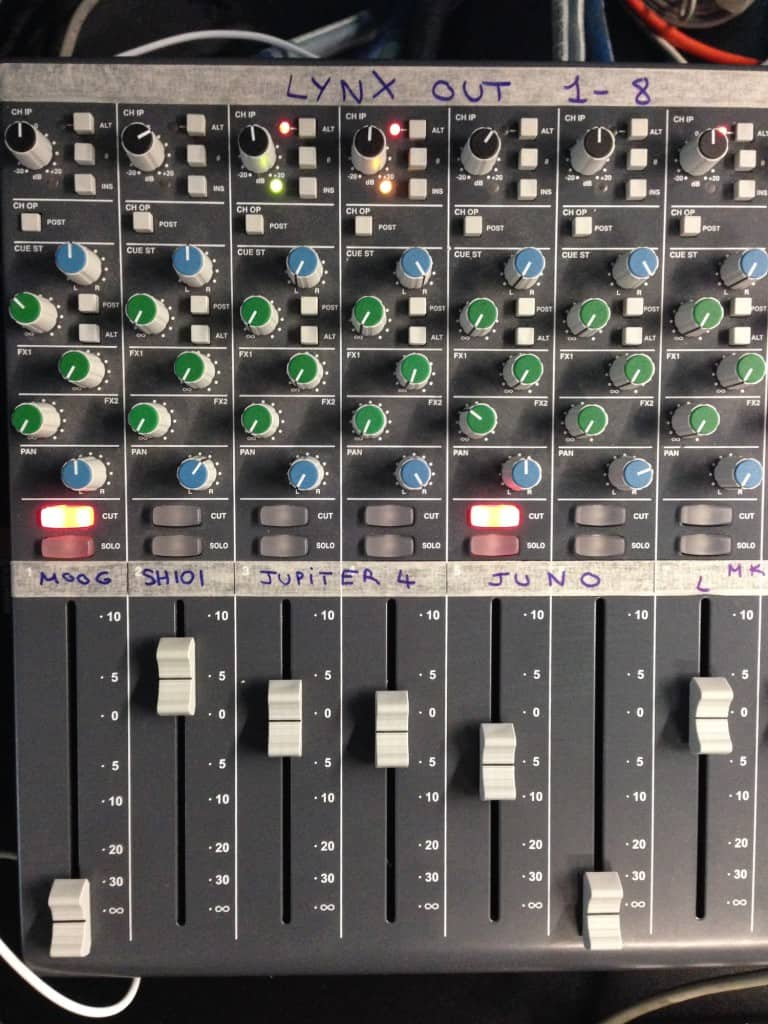