After remixing “untouchable” classic hip-hop tracks from the likes of Eminem, Nelly, and 50 Cent, the young Dutch DJ San Holo quickly rose to virtual fame. His SoundCloud following spiked from several hundred to several thousands and his remix of Dr. Dre’s “The Next Episode” went viral, receiving over 50 million views on Youtube – and this was just the beginning of his career. Since then, he has released two EPs, including his recent release Victory on Monstercat records and has been playing shows across the globe. Based on San Holo’s creative ambitions and his instant rise to success, the DJ is a force to be reckoned with.

Could you introduce yourself?
My name is Sander, also known as San Holo. I’m a musician from the Netherlands, trying to explore music to the fullest.

Tell us about your upbringing/childhood and how did it shape the person you are now?
My childhood was great as I had lots of love and support from my family. In school I always wanted to perform well, which meant that I would spend so much time doing my homework and studying. My parents realised this was becoming an obsession and were like “You got to find yourself a hobby or something!” I was always fascinated by guitars. I used to see all those 90’s rockbands on MTV, and playing guitar felt like something I really wanted to do, so I started taking lessons. From that moment I realised music was going to be a big part of my life. From my first guitar lesson unitl now, it’s always been all about music – writing songs, playing in bands, starting musical projects etc. After high school I went to the Rotterdam Conservatory to study guitar and music production which enabled me to focus even more on music. I played in a few bands and did some tours all over the world. However most of the time the bands I was in ended up breaking up so when I discovered music production programs like Logic and Ableton, I realised I could just do it all myself. And so I did! I started recording and producing all kinds of music. One of my old projects is Casilofi, you can find some old videos on YouTube that kind of reflect my learning process in the world of music production. Around that time I was also really inspired by Hip-Hop, so I started making lots of beats and that is kind of how San Holo was born. 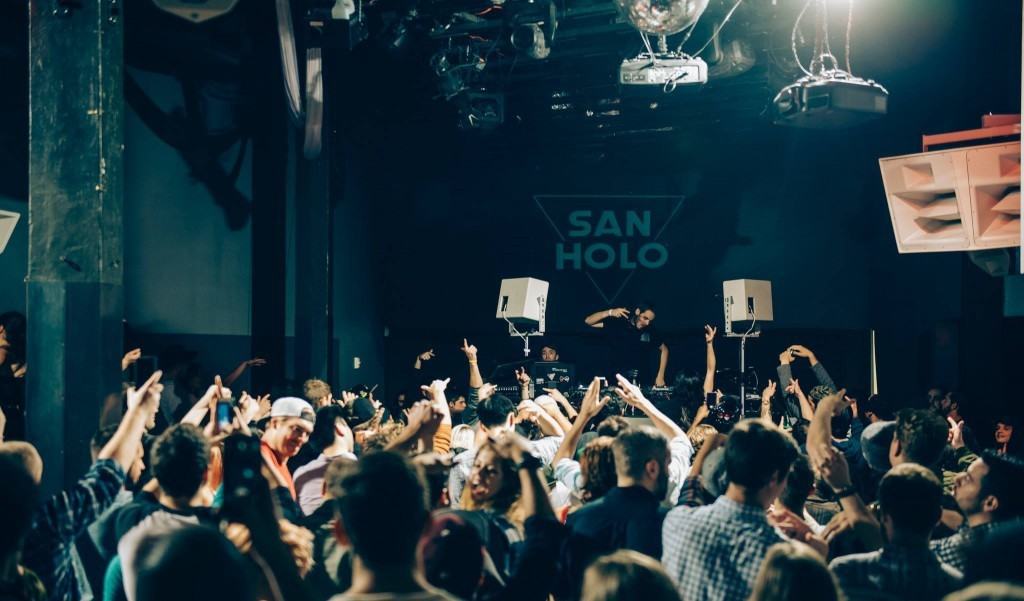 What kind of music got played around your house growing up?
A wide variety of music! I remember my dad playing the Beach Boys, Red Hot Chili Peppers, Van Halen, Beastie Boys and bands like that. When I listen to those bands now I get huge nostalgia. I think nostalgia plays a big role in my music as I’m always looking for that specific emotional euphoric vibe with a little bit of sentimentality sprinkled on top of it. I still am a huge Red Hot Chili Peppers fan. Their ex-guitarist John Frusciante is just such an inspiring musician. I learned a lot from listening to his guitar playing and songwriting. Other bands/artists that have been a major influence are Sigur Ros, Debussy, Jimi Hendrix, David Bowie, Fleetwood Mac, Billy Talent and Rage Against The Machine.

You started off with playing a guitar and in a band; how did you transition into producing and doing DJ sets?
So I started playing guitar when I was 13 and, like I’ve said, used to love bands like Rage Against the Machine and Red Hot Chilli Peppers. However I never wanted to be categorized as one thing, I wanted people to remember my music for it’s quality, not it’s genre. So I decided to give producing a go and the rest is history.

What is the music scene in your hometown–Netherlands like?
In my hometown, actually everywhere in the Netherlands, there’s no scene for my music. There’s top 40 and bigroom EDM bangers and that’s about it. That’s why I love going to like America and Australia, it’s completely different over there. There’s this electronic music scene that’s really open to new music and I feel like my music is much more understood over there. Maybe it’s because my country is quite small compared to other countries. I don’t know…

We have to talk about your Soundcloud blowing up a few years ago in a relatively short period of time. Can you explain this recent success?
Ya, all of that occurred in just one year! I most definitely can not explain how it happened but I can tell you what happened [laughing]. So, I’ve been making music for a long time, for I think about eleven years now, started playing guitar and did lots of bands. But the problem with bands is that you always end up breaking up, you know?! Sometimes there are just too many creative minds!
“…at this point I’m thinking, you know, I should just go do this myself.”

How do you feel about gaining popularity so quickly in the past few months?
To be honest. It feels great. Like I said, I’ve been making music for so long. And now, finally, I feel like quite some people really wanna HEAR what I’m making. That’s an amazing feeling. Just beautiful. Heroic Recordings really helped me reach the people I want to reach.

I know you don’t like to specify what type of genre you’re in. Why is that?
Well, first of all let’s say I do believe in genres…but it still it would be changing all the time! So if now I’m making lots of uh, I guess trap or something, that might change into hip-hop or house. You never know. As long as it has my sound, you know?
“I just like to surprise people with my music.”

And what do you classify your sound as then, if I had to ask?
You know I’m just very harmonic, I just love lots of chords and melodic stuff. Almost colorful and euphoric, if you will. Ya..that’s what I want. I just want something with lots of emotion in it that rings! I just like to surprise people with my music. 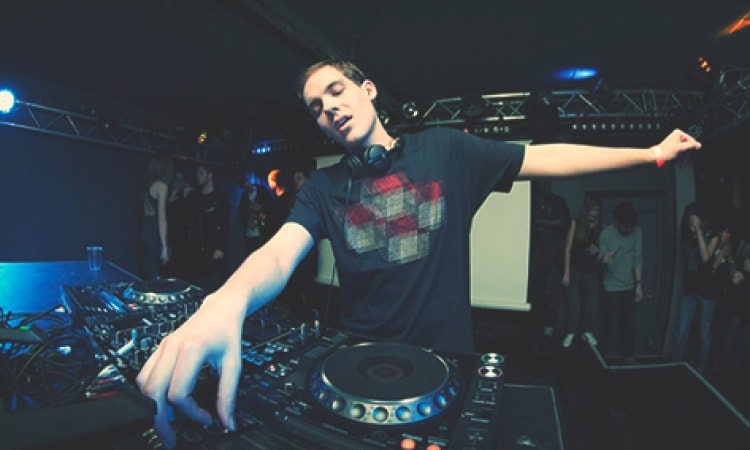 How do you continually create a unique sound?
I will always be experimental with my music. After years of making music, now that is really important. You start realizing what you’ve been doing is more copying people as to more creating your own vibe. Everyone starts with copying, it’s normal. I mean I did a lot of copying when I began and it sounded cool because it sounded like them but at some point you go beyond that and you realize well this sounds weird, but maybe this is good because it’s something you’ve never heard before. You gotta sound weird. Someone once told me “I constantly make stuff that I don’t really like to stay outside of my own box,” I agree. The thing is you can do whatever genre you want, as long as you keep your own sound and personality.

How do you choose the songs you want to remix?
When I remix a track, I don’t want it to be a “copy and paste” kind of thing. I want to completely change the entire track. Of course I will use key elements, such as typical melodies or vocal samples, but I really want to give the track a complete make over. That’s what I’ve been doing with my remix series “Don’t Touch The Classics;” completely changing the arrangement of classic hip-hop tracks, yet trying to keep the vibe and meaning of the song intact.