First of all for the people out there that don’t know much about you guys tell us about the members of band.. Names, backgrounds and shoe sizes?
Also what each member plays what instrument?
We’re a young, up and coming, culturally diverse group that all grew up in Bali. There are 4 brothers in the band which are Krisna (lead vocals & rhythm guitar) & Ben (percussion) & the other brothers Nick (lead guitar) & Mark (Keyboard). While the other 2 are one of our childhood friends which are Obet and Aryo. Roughly shoe size is 10-11. But for Ben, let’s just say he never wears shoes and prefer barefoot.

How long have you guys been together as a band and how did you all meet and start the project?
We’ve playing for 2 years already as The Mangrooves. Nick (guitarist), Mark (keyboardist), and later joined by Obet (drummer), were initially working together in a band project in early 2013 called ‘Average Citizens’ along with Jacob Koopman who has since lived in Dublin to continue his musical career with other projects. Late 2013, Krisna had just moved back to Bali, after studying performing arts and music, so as Jacob left to Ireland a few months later, Nick, Mark, and Obet formed a new project along with Krisna on lead vocals and rhythm guitar, together with his brother Ben Panji on percussion. Not long after, Arbito Ismael joined as the 1st bassist of The Mangrooves, since, well… we all know that there ain’t no reggae without da bass!
A year passed and Aryo Pratama, a renowned musician in the scene took Bito’s place as the bassist, since he had to focus on his 3D and game design career. Nevertheless, Arbito is still a great part of The Mangrooves crew. That’s how the band formed in a nutshell. Wish we could say it was one mystical coincidence where the moon brought us together to fulfill our true callings… but we’re not that cool… yet 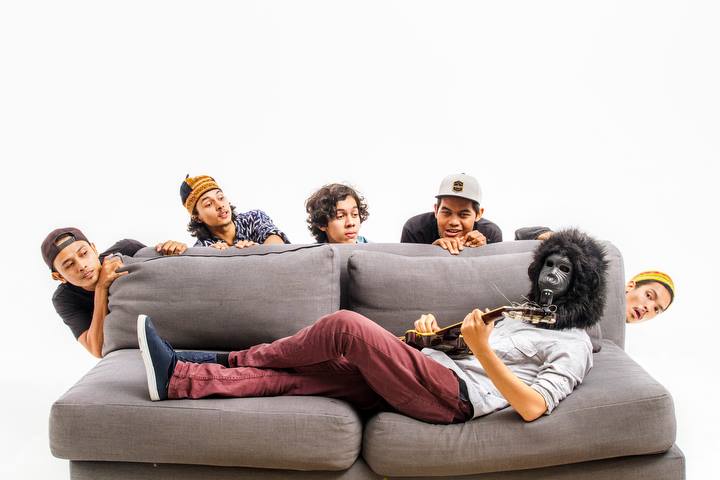 Where can we check out some of your music from the past and tell us about your discography? Any past albums and where we can buy them from?
Well we just finished our debut Live EP Recording here in Bali last November, which will soon be at your closest music store in March throughout Indonesia or online stores such as Itunes, Spotify, Play Store, etc.

Some of your musical influence include Ska correct? Tell us some more musicians and places that inspire your production and how about linking us up to a exact moment or place and a reference in one of your songs we can listen to online?
Yes it does. Because we come from different backgrounds and musical styles, we all have lots of different influences individually, but as a group, we’d say we’re influenced by the Australian and New Zealand scene. Bands like Katchafire, Fat Freddys Drop, Melbourne Ska Orchestra, Public Opinion Afro Orchestra, they’re all great bands. Just wait till our EP is out in a few weeks. 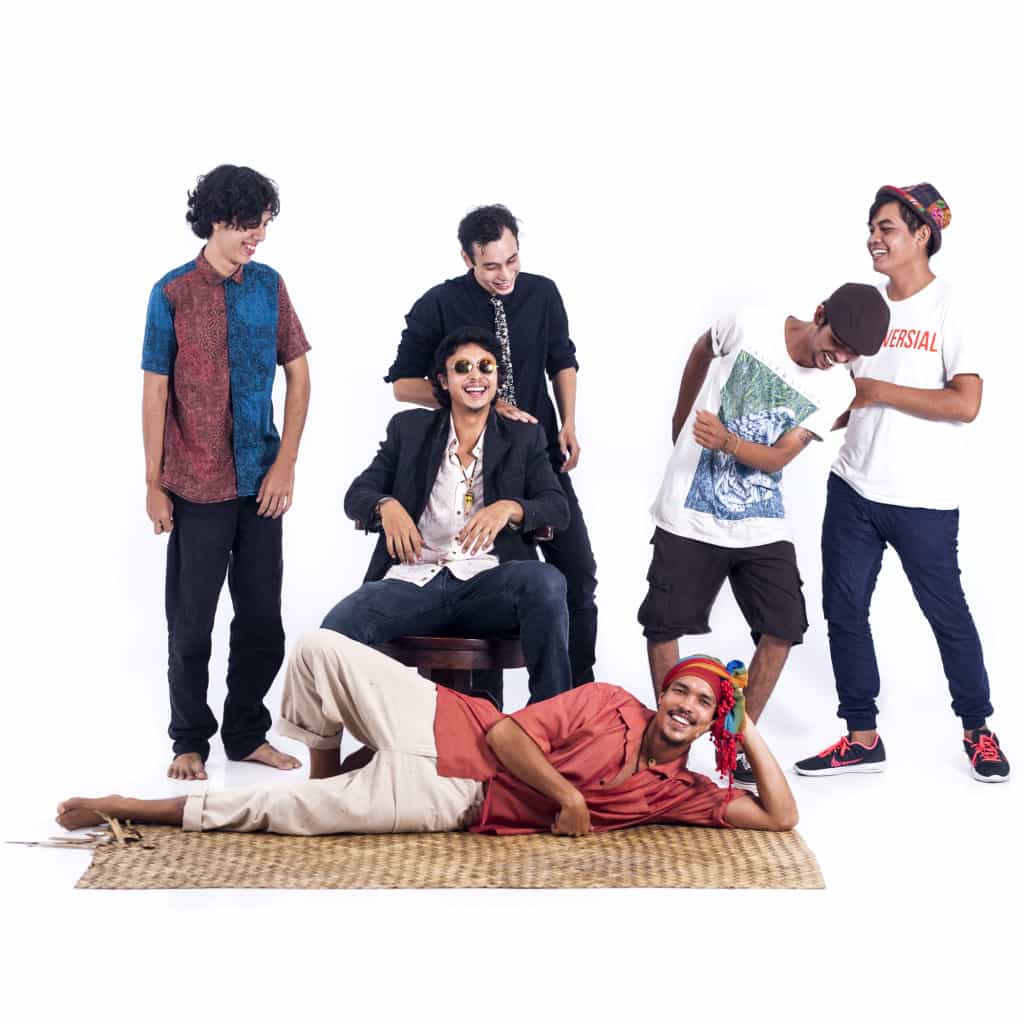 You have been touring a lot around Indonesia and beyond in recent times. Can you tell us your favorite Indonesian venue to play outside of Bali and why?? And also somewhere really cool for our overseas readers to check out on their travels that you could recommend to that of the usual tourist path?
We think 365 Eco Bar in Kemang (Jakarta) is an awesome place for music, because they appreciate the music more than other places, same as in Bali.

How about your studio in Bali where you practice? Any pictures we can share with our fans? Where is it? How do you not annoy the neighbors ? Soundproofed? What instruments are there that you usually don’t take on the road with you?
We’re lucky enough to use Krisna & Ben’s mum’s studio in Sanur, where we grew up as a kid together. For soundproofing, it’s all DIY and we can only play till 9pm (house rules). All the neighbors are not annoyed at all, except for one… guess they don’t like reggae music hah! 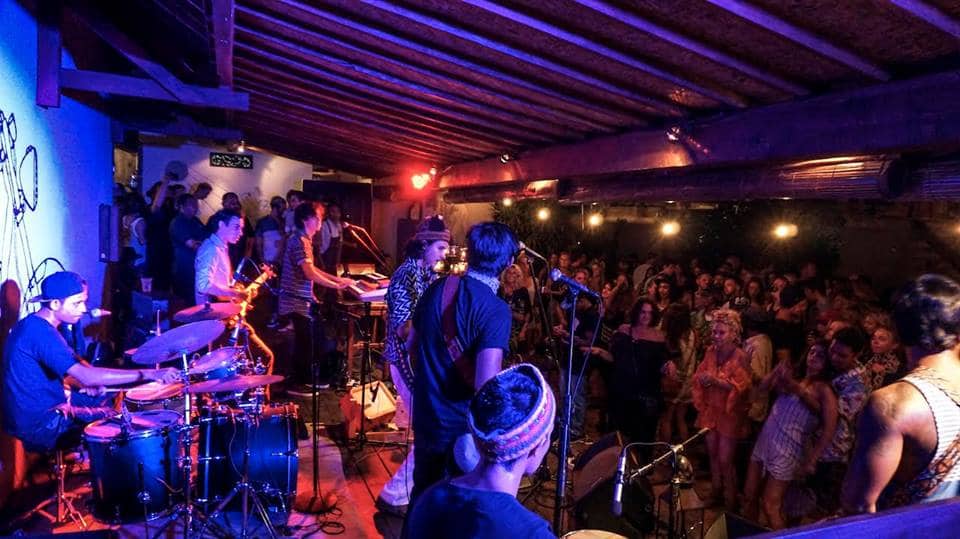 What are The Mangrooves doing outside of the music industry any projects on the go? Hobbies? Studies or maybe some nude modelling the girls can stalk down?
A few of us play music for other bands as session musicians. For hobbies probably, gardening, video games and eating, we just love food. Food is life.

Its become a great topic of discussion in Bali with the “Bali Tolak Reklamasi” planning in Benoa, as local supporters of the stopping of it all how can other supporters join the cause? Whats the latest progress on the project that have helped it coming to a halt? we really dont want to see it happen to, its not hard to see right now how much land is actually for sale around Bali do we really need to make more! NO WAY….
You just got to spread the awareness as much as possible! Let everyone know how big of an impact this project could affect Bali. For centuries people come to Bali for their rich and unique culture and we need to preserve it. If you take away that culture, then Bali would just be any other modern westernized island. Recently we marched down to the street by the thousands to the governor’s office with our instrument and protest through music.

You have a upcoming EP about to hit the shops! Tell us about the release? How many tracks? The Titles? What’s the vibe on them and where the EP is taking you on tour?
The EP Launching would be in mid-March in a yet to be determined venue. It will be five tracks, all original, done live and direct, with different messages, some of unity, finding yourself, and your roots, played over a heavy reggae-based flavor while mixing elements of other styles. It will be first distributed under Demajors Label, all over Indonesia, then other countries soon to follow.

Last of all your hitting Hu’u bar for the closing party this weekend before they close for renovations, a institution in its on right being the original Petittenget Hot spot. Can you tell us some more about the event and your scheduled slot? What can we expect to hear and any memories you want to share about Hu’u before the have a huge facelift?
First things first, we’ll definitely miss the food! It’s going to be a fun night because not only our good friends from the Deep Sea Explorers band are playing alongside us to warm you guys up, but there are heaps of other awesome Dj’s playing right after us that will definitely get you dancing all night long!