From extremely modest beginnings, Bulgarian native KiNK has truly risen through the ranks, and is now recognised around the world by the dance music community as one of the industry’s shining lights. His productions are instantly recognisable and equally iconic, while his live show is simply the stuff of legend. Few acts take the same amount of risk and visibly have as much fun as the effervescent Bulgarian does while playing live. Indeed, with the energy he displays on stage, one could forget how busy the man is, and how many balls he manages to keep in the air.

How did you first get into electronic music? Is there a good scene in Bulgaria?
I`ve been listening to very cheesy dance music since I was a kid, but in 1992 I heard a very unusual track on the radio and I loved it! The radio dj called it “Techno” and since then I was completely crazed on that sound. It took several years till we had electronic dance music events, as I remember the first one was in 1994, but this sound became really big in thelate 90`s. ?lmost every young person in Sofia was going to the big events, which were happening on a regular basis. Most of the events didn’t promoted the more underground type of music I liked back then, however, there were some nights with unknown, but very good foreign djs. The fact that we had foreign guests was enough to attract few thousand people in the room. Those people were opened to any kind of music,because they didn’t had much knowledge of this music, they just liked it. Now it`s harder, this music is not new anymore, the audience have preferences and expectations and of course they go for the type of dance music that`s most easy to consume. But we have some local talents with good ideas, so I believe this will push the scene forward in few years. 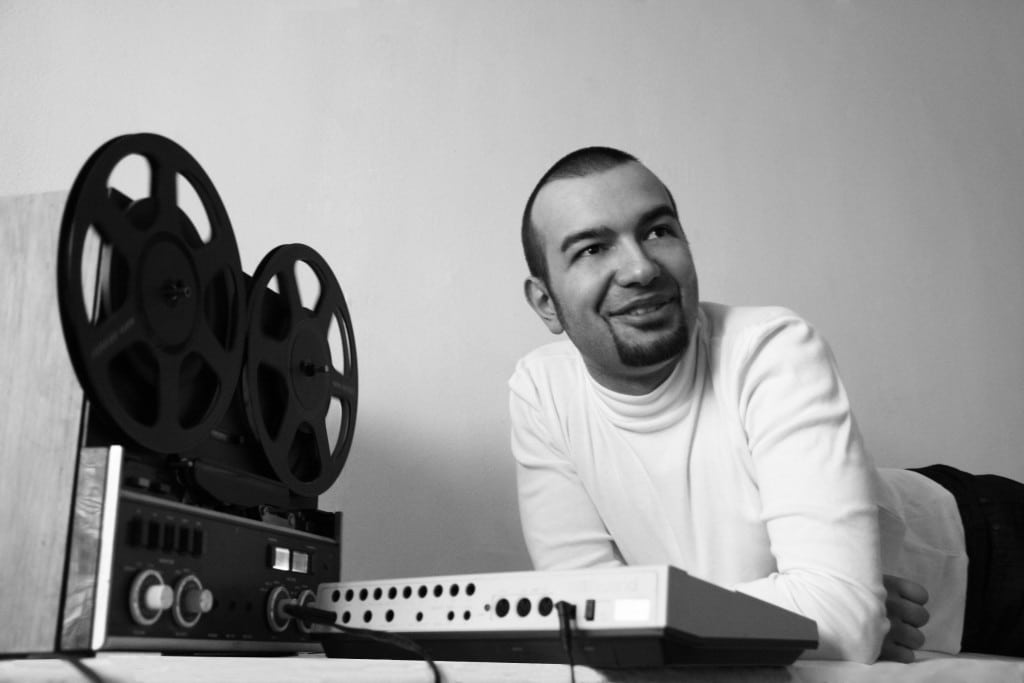 What influences did your home country Bulgaria have on the music you now make?
The fact that there was no local electronic sound when I grew up, and the electronic music that would eventually become popular here, like Trance and Progressive House, made me curious about the different scenes around the world, like in Chicago, Detroit, New York, London, Berlin and Amsterdam. Missing specific influences at home made me a more diverse artist. I also have to mention a few names, like this little record store, “Diukian Meloman”. I found it in 1995, at that time they had a deal with labels like Warp and Ninja Tune, and it opened my eyes. All the records there were different than the straight forward techno I was listening around that time. Also, they were so kind to let me listen to a lot of music in the shop and to lend me some CDs as I didnt had enough money to buy music regulary.

Some of my good club experiences was going to massive parties, organised by Metropolis, still one of the main promoters of electronic music in Bulgaria now. I also loved to listen to a local underground house DJ, known as Valentine. I heard the so-called deep house in his sets for the first time, during the mid 90s. And last but not least I wanna give a shout-out to my DJ crew in Sofia, called Porno BPM, we have a solid DJ experience together, being residents in different venues in Sofia for many years. During this period I was being trained for the international scene.

Do you prefer performing live or DJing?
Well at the begining I would have definitely said DJing as that was my profession, I never thought of myself as a live musician. I had a pretty good reputation as a DJ in Bulgaria but never managed to make it internationally. Then when I had a few successful records the promoters starting booking me as a live act. I really didn’t know how to do it and was really reluctant but I realized that was my ticket to the international scene. 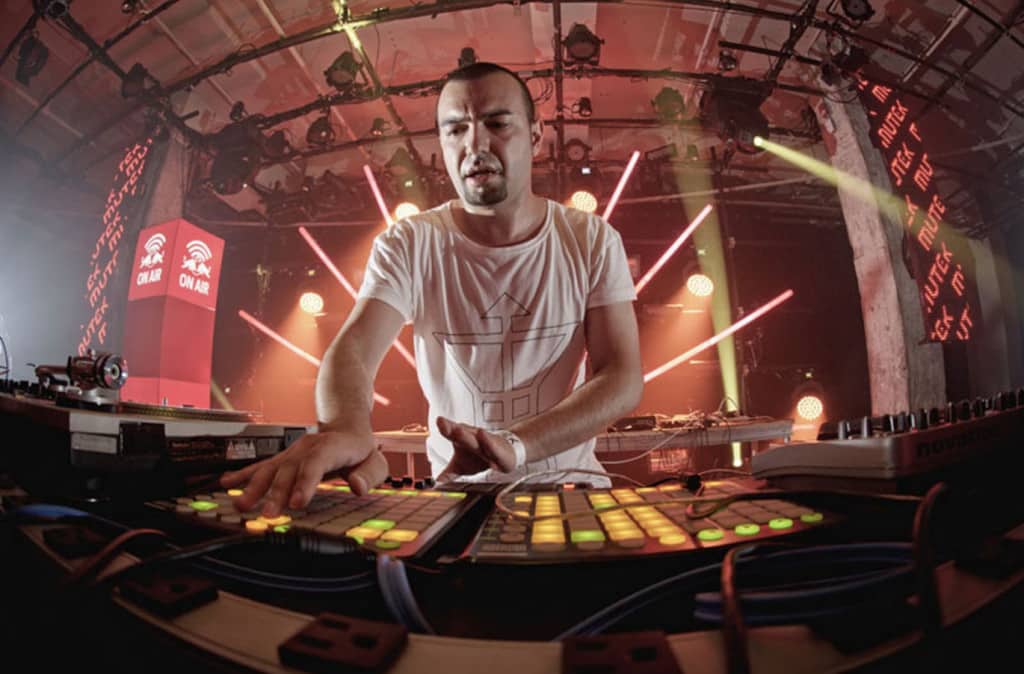 Are you happy with the change?
At the beginning I really struggled. I wasn’t earning enough to buy a lot of equipment so started off just with my laptop and a little controller with ableton. This was even less live than a DJ set because everything was so synced so I didn’t really like it.

When did you become really comfortable playing live?
It took 3 or 4 years for sure. At the beginning, I felt I was cheating because of the limited stuff I had. So, I blocked a whole day out a week to just practice and it eventually developed. I’m not completely happy with it yet but I’m much more comfortable with it compared to just DJing. After my first live show in Germany I was speaking to the promoter and he was saying how good it was, I responded saying I thought I was a better DJ and he said I would have to choose between them. I just said I wanted to do both. I was practicing playing live so much that I really lost time to find new music so now I’m a bit uncomfortable just doing a DJ set.

In terms of mixing?
Yeah. In a live set beat matching isn’t really an issue. I think the problem is I don’t know my music anymore. However I am really excited to buy vinyl! All my life I’ve DJ’ed with CDs and now I buy records.

What do you think is more important; track selection or mixing?
For me, mixing and playing with the mixer is very important. I couldn’t really say it was more important than selection but in order to make music more ‘live’, playing with your equipment is essential. Track selection is equally important but I need to see someone really working on the decks to enjoy it. With the sound I play, I think I need to know my music. I want a good balance between both but at the moment the live set is taking control a bit.

How much kit do you travel around with when playing live?!
I often have stressful flight connections from Sofia, sometimes my checked in luggage arrives a day later, so when I started to travel with the live set, I knew I need to find the right balance between having enough gear to have fun on stage and fit all the machines in my hand luggage. My live current setup is mostly digital, a Novation X-Station keyboard / audio interface, asmall device with pads and knobs by Akai, two Launchpads and some rare additions like Eowave: The Ribbon – the most useless machine in my setup, but the one that gets the most attention from the audience. It looks like a laser sword! However, i`m currently working on compact, but fully analog live set, maybe suitable for more raw, techno or experimental oriented gigs.

Whether you hire personnel to carry your gigantic setup around when you’re on the road? Because it looks like it’s pretty damn heavy..
Carrying is fine, but I would love to share the responsibility with someone else to install my gear on stage, so I can focus only on my performance. The system I use is not as simple and stable as two CD players and a mixer and when there is a problem, I obviously can`t think about the music. When I become a superstar, I would love to clone myself, so another KiNK would take care for the technical issues haha!

When working on new stuff in the studio, do you start out with certain predetermined combinations that you know you like or might work, or do you just improvise?
Yes and no. I don’t use any templates and I always start from zero. Now that I use more and more hardware, my workflow is changing every day. However, I know what kind of sounds I like, I start to build something familiar and through the making process I discover new things by making mistakes. I can’t repeat exactly the same settings. Ever.

You’ve been playing all over the world for some time now. What’s your favorite place to play, when considering the different crowds and locations?
I’ve been lucky with mostly good gigs in the last two years. It might sound boring, but my favourite places to play are located in Western Europe and North America. In countries and cities where people are more or less familiar with the type of music I represent.

I quite often play in the Netherlands, Germany and the UK. I always feel great at clubs as Fabric and Corsica Studios in London, Panorama Bar and Watergate in Berlin, Studo 80 and Trouw in Amsterdam, Smart Bar in Chicago. Sometimes I’m nicely surprised when I play in territories which I didn’t consider as very strong for me, like Asia and Australia. Last year I had unforgettable moments at club Kyo in Singapore and a little venue in Adelaide / Australia, a place called Sugar. The list can be endless. My point is that actually the crowd in different continents can be the same group of like minded people, united by the music and that’s amazing.