You started out over twenty years ago as Meng Syndicate. Do you think you have left this era behind or do you still find yourself bringing out Sonar System at shows every now and again?
Yeah funnily enough, last Awakenings, the biggest Dutch Techno Festival, I played Sonar System on the main stage before 10.000 people! Some of the people in the crowd weren’t even born when it first came out, but they all went crazy! It was fun to see so many people go wild in a track I made in 1990! For the record, the memory of the computer I used back then was 512kb!!

It’s well known that you take a lot of influence from old school funk music. Who are some of your favourite funk artists from back in the day?
Well funk…yeah also funk…but funk with beats, funk with synths, funk in a rock song, funk in an electric song… As long as it has a story and a soul, I am down with it, haha! I sampled Jimmy Castor Bunch and they sound quite funky to me!!

What’s the best thing about ‘the good ‘ol days’ before the digital explosion?
Nothing… [chuckles]. There are a few things I miss, like hanging in the record store and talking about music. But I could never buy the records I wanted because the guys from the store didn’t buy enough. I like listening to music alone and exploring the internet for more. Of course holding a record and putting the needle down is unbeatable, it is the icing on the cake for a producer. It seems that there is also a better quality filter, because the costs are much higher; only the best tracks are released on vinyl. But back in the day we were so underground, we had parties on any location without the government checking for decibels and those sort of annoying things…

And what don’t you miss from the old days of dance music?
Skipping needles, pitched-up turntables with broken pitch-faders and a lot of raunchy clubs with bad sound systems… the quality of clubbing has gone up globally. I believe because the kids from yesterday are the organisers of today and they’ve corrected what went wrong in the past. 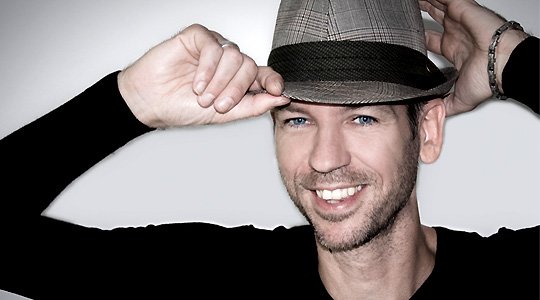 Technology in the DJ booth – do you love all the new innovations or do you prefer to keep it oldskool?
I embrace technology in the booth. These old-school vs new-school discussions make me dislike the scene to be honest. People complaining about it have a big mouth, forgetting they take a car to the supermarket. Be old-school, take a horse and wagon. I understand it’s cool to have a good vinyl and mixing technique. But back in the day it was all we had, so we used it. Now we have computers and CD’s and Maschine and we use that. Isn’t Techno short for Technology? And that means pushing things forward. The mixes I make now, I could never ever make when playing just vinyl… to me that is progression and it keeps me in a trance better when I am on the dance floor. It’s all about the music you play. Being a DJ means you can adapt a bit to the crowd in front of you while staying within the limits of your own taste. And that, is any school.

In 2001 you released your first album as Secret Cinema, titled ‘White Men Can’t Funk’. Having played countless shows over the past twenty years, is this a conviction that you still hold, or have you ever seen a white guy who can indeed funk?
It was my first album yes, but my first record as Secret Cinema was in 1994! Timeless Altitude was the title of the main track from back then. It was a joke of course, referring to the movie ‘White Man Can’t Jump’. I think the album itself was super hard techno but also had the ‘funk’ in it…in a scary good kind of way. And through time I have heard a lot of white man that could funk…DJ Koze, Frank Zappa, the Doobie Brothers, Aphex Twin, Daft Punk and loads of Techno guys as well!

You’ve produced some massive techno anthems which were often measured in the past by how much the track was caned on the dancefloor, which big names were playing it and how many vinyls were moved. These days a Beatport Chart Top 10 seems to be the yardstick of success. It feels a bit lame in comparison doesn’t it?
It does… Timeless Altitude shifted 25000 vinyls or more, my first release did 10000 and Grooveyard – Watch Me Now was selling around 20000, but every year was still selling at least 1500 copies. My biggest techno Beatport hit was Shake Ur Tech-Ass on Cocoon and it did around 4000 downloads and 2000 vinyls or something – which is still not bad, but just releasing music won’t pay the bills nowadays.

After more than 20 years in the business you will have witnessed techno tempos having slowed down quite considerably over the years. In fact deep house and techno have become strangely comfortable bedfellows now. What’s your opinion on this?
I’ve seen it go up and down. My first techno track from 1991 Meng Syndicate – Sonar System was 125 IDM. Some of my tracks from 2001 were 140 IDM. Now, after the minimal craze, it went down again and I am happy for that. It means a DJ set can be much more adventurous and dynamic. The borders seem to fade away. I am using deep house together with techno a lot, and techno tracks I like are called deep house – yet for my ears it really is still techno. I think when you DJ or produce you have to be open for change and try to make new combinations every time, I am happy to see that this is happening more and more.

Last question: this whole new EDM wave of popularity that is spreading across the globe – is it good for the entire electronic music scene or just mindless cookie cutter music designed to make money?
It has good and bad sides. It’s hard to say, but € 300,000 for a Hardwell set seems like bullshit in my opinion. The poll leading business seems to pull the crowds, so I guess that’s worth it… If someone would offer me that kind of money, I wouldn’t say no. A lot of it has become a formula just to make money. Tracks are produced by ghost writers, Beatport top listings are bought, sets are completely pre-recorded and played with synched video, etc. etc… So much fake going on it gives a hard working producer a very bad feeling. But then it also makes the scene bigger in general and there will be more people interested in the rest of us. As long as you stay true to yourself and you like what you do, you deserve everything coming to you. Just be an artist for love of music and be passionate about it at all times – you’ll probably have a wonderful life and meet a lot of cool people!