Patrick Gräser’s story has been well documented: Growing up in the small German town of Fürstenwalde, he moved to Berlin in 2001 to pursue a career in electronic music after being inspired by his elder brother. Despite many years dabbling in production and DJing around the city, it was only when he discovered the ambient sound that he had long sought to produce and released 2011’s Subway Into EP under the anonymous Answer Code Request moniker, that music really became his profession.

Lets start if you don’t mind, by going back to your youth and letting us know about what it was like growing up very close to Berlin, when the city was making its changes? and any stepping stones/ experiences that led to you finding your self on your way into its electronic music scene?
Before making the huge decision to move to Berlin, I used to go on road trips back and forth the city almost every weekend with my brother and friends in the early 90s. We frequented E-werk and WMF back then, much to their heyday as what Berghain is now. Those were the induction of nightlife for me.
Apart from road trips, I began playing records after I bought my first Technics turntables with my brother. He was the one who introduced me into mixing and record-buying while I was at 13 years of age. We purchased records from Delirium and Hardwax and made repeated visits to the stores. I met Marcel Dettmann 3 years later who also sold me records at that time. 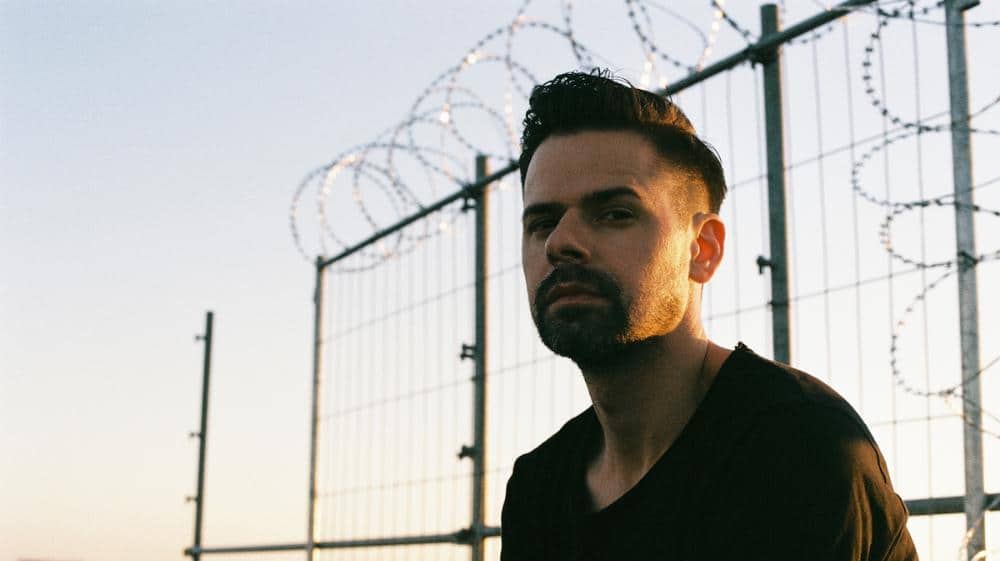 You’re from the same area as Marcel Dettmann and you met him in 1995, was your hometown influential? How influential has Marcel been to you?
Since I knew both Marcels – Dettmann and Fengler – they asked me to play at the parties they organised back in the day in Fürstenwalde. Their party series SC93 was probably the big thing in Fürstenwalde back then, hence I was inspired and got more involved in this direction.
As Fürstenwalde is only a small town located not too far from Berlin, it was with great convenience to go on a road trip with friends to where the bigger and more dominant parties were. The now-defunct clubs like E_Werk, WMF and the old Tresor were my favourites and the places we attended on a regular basis.
I had an amazing childhood growing up in Fürstenwalde and as a teenager that was an influential time for me. Marcel Dettmann was playing frequently, not only in Fürstenwalde, but also in the neighbouring towns and cities in Germany. Sometimes he needed someone to drive him to the clubs he was playing and I happened to have a driver’s license before the rest of my friends had. He also sold records at his place and always had a flair for good music.

You started releasing music under your own known name at first, there was some tech-house and techno releases – were you still trying to discover your sound in those early productions?
Yes of course, I began quite late with production. I had no idea how much time it would take. The first releases were more a means to discover myself. I was not very experienced at the time of my first productions. I had a nagging feeling that I had not found my style yet, not until after my two tracks in 2010 with my debut as Answer Code Request.

Why the change to the Answer Code Request alias?
ACR was supposedly intended as a sub label name that Marcel Dettmann and I thought about starting, but later that name was given to me as a moniker. We found that nickname was pretty fitting for my music and I wanted to make a clean cut by not using my real name.

What does being a DJ mean to you? Do you set certain goals/expectations for yourself before a set?
It is very important for me to play my music and represent myself as an artist and that people like and enjoy what I am playing. Sharing my music is exceptionally important to me. I try to give 100 percent for all my dj sets and live shows, and hope that the crowd will go home happy after my set. Perhaps I’ve been a little self-critical, I want perfection in my music.

Berlin is home to amazing talents. How would you describe the competitive environment there and what do you think sets you apart from your “competitors”?
It is competitive, no doubt about it. The market is huge so that explains why many artists would consider being in the industry and moving to Berlin. There are many talented djs and producers here which I respect. However, instead of feeling competitive, I allow myself to be influenced by them as I am very versatile with my production. I don’t really compete with anyone, maybe myself, (Laughs).
What I do observe these days is that many people want only the big hype. They forget about their passion for the music they are doing, but I guess to each his own. What I really want is to hear my music being played in the next 10-20 years, what you call ‘timeless’. That’s my primary goal.

What’s your personal favourite record from the back catalogue so far and why?
Norman Nodge’s ‘NN 3.0’. It’s minimalist yet very functional. Been in my bag since its release and it’s never left!

Techno is often characterised by straight 4/4 beats, but complex rhythms play a big part in your music – where do these rhythms come from?
My foundation began with buying records of primarily drum & bass, UK garage and techno. What I found interesting was to merge these genres and elements for I find it very stale to stick to just one style. As time went by I began playing house as well while still favouring techno. It was more of influences down the line when I came around to sit and work on my first ACR track, ‘Escape Myself’. It just happened. That’s what kept me away from sticking to the 4/4 beat in my production.