New World Sound consists of two brothers Tyrone and Jesse Taylor currently dominating their homeland around the Gold Coast of Australiaand the world. Their first release ‘Peak’ earned them huge support from artists such as Tiesto, Ferry Corsten and Judge Jules as well as a score of other hugely influential artists. New World Sound emerged from the studio again in October 2012 with ‘Bantam’, a dubstep infused club monster which received praise from the Grammy Award winning David Guetta while their finest work ‘The Flute’ broke the internet amassing millions of views across soundcloud and youtube. Are you ready to bounce Bali?

Tell us a little bit about how you got started DJing. Who was your biggest inspiration?
We started DJing about 8 years ago, just playing friends house parties and got into the early progressive sound with Woz not Woz and early Axwell. Inspiration wise we’d say Hardwell, the Swedes and also producers from other genres like Dr. Dre and Timbaland. We try not to get pigeon holed. We start fresh with each track and make sure we do something unique..

Two brothers living on the Gold Coast in Australia, how old were you when you discovered dance music and who were the artists and DJs you were getting into at an early age?
Jesse: When we were younger, dance music wasn’t really big in Australia but we’ve always liked it since we were really young. I remember going to soccer practice when I was about 8 years old and watching the film clip to Darude – ‘Sandstorm’ and loving it ahahah…

How did your family feel about you pursuing a career in music. Jesse you deferred a dual degree in Software Engineering. Commerce and Tyrone you ditched a Bachelor in Sustainable Development…?
Initially they didn’t really understand how it worked but they’ve become more and more supportive. At the moment we are trying to focus 100% on music so we thought deferring our uni degrees would be the best option. 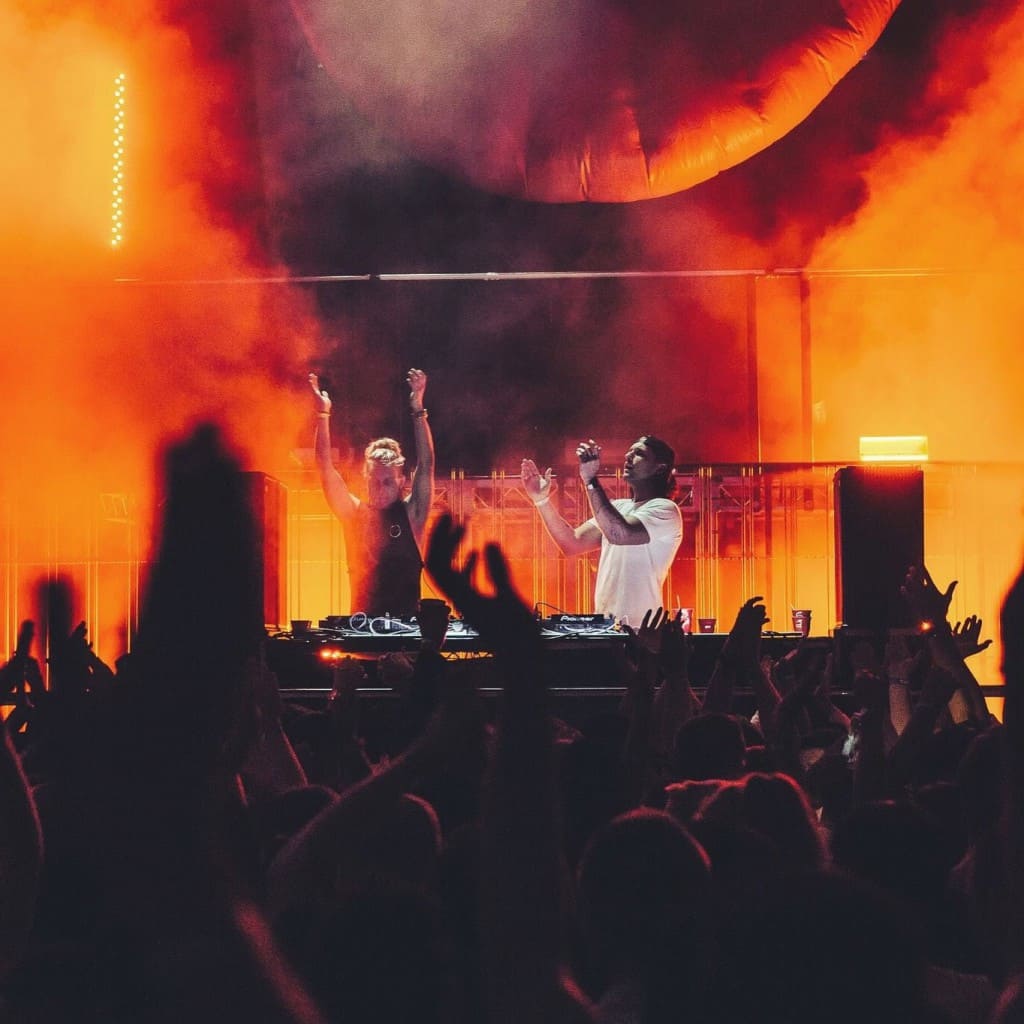 What inspired you to get into the music production business?
We actually never set out to get into the music “business,” hahah actually the “business” side of the industry we prefer to stay out of! We were always playing and writing music, then when we first heard electronic music we were blown away. It was so different to anything else we’d heard and we started making it ourselves but just for fun. The inspiration for us has always just come from the music.

Tell us about the origins of Melbourne Bounce and how it came about, who really created the sound and when?
Melbourne in Australia is obviously the city where the sound and scene started and has really grown from before it swept around the rest of Aus and then the world. Melbourne has always had an unreal music scene and club culture. Crew like Orkestrated and Kalus have been there since the early days and the sound was really different then, it was more minimal but still built around a kick and off-beat bass, or a kick and a different bass groove. Then guys like Will Sparks, Joel Fletcher and Deorro (who was called Ton!C at the time), really started to take the sound in a new direction. The sound is still evolving now which is unreal to see – we’re stoked to see people are vibing on our latest tune “Cheer Up”, which we tried to take in a new direction again, with long riffs and melodies, but still the bouncey melb vibes.

What did you want to do before you became producers/DJs?
There wasn’t anything else we really wanted to do, we both went to uni before things started kicking off with our music, but we’d usually have our headphones on and writing tunes hahah.

Jesse you are classically trained as a pianist and on the trumpet. How did playing the trumpet go down with your mates at school and how important has the piano skills been with your producing…?
Ahahah well this one time at band camp…Nah our mates have been really supportive – we all try to help each other in whatever we are doing. Piano/Theory has definitely been a big help in production as it means we can write the chord structures and melodies really quickly.

What goes into preparing for a tour for you? Getting passports, equipment and everything in order, it can’t be an easy undertaking. Have you ever had anything not make it to show while on the road? If so, what did you have to do to pull the show off?
Before we leave the main thing we make sure of is that we have everything we need to keep writing and producing on the road plus all the essentials we need for shows. We have had things not make it on the road though! At a show we played awhile ago, we had our USB’s stolen before the show. We had one CD on us with about 10 tunes on it and the sound technician found a few blank CD’s. We just managed to get a 2nd CD burned and then had to go on! For the rest of that set we took turns DJing while the other had a laptop setup next to the booth, putting together a few of our tracks and burning them to new CD’s as quick as we could! That was so sketchy – we always make sure we’ve got spare USB’s and SD cards now!

Do you have any pre-gig rituals?
We don’t really have any rituals but we do usually get to the show abit earlier and suss out the vibe, the room and what the DJ before us is playing

When your collaborating with another artist, do you have a specific way of going about things? For example working on a melody first via the internet and then meeting to finish everything else up or just all get down with a few beers and let the creativity flow?
It depends, its always different. Sometimes we’ll start with a hook or melody, other times it might be more vague. Like a concept or basic idea, then we’ll work around that. We prefer to be in the studio when we’re working with another artist, but sometimes that’s not possible so we’ll share the project and do it over Skype.

Australia right now is killing it with producers popping up almost weekly nowdays? Do you have any advice to young up and coming producers to stay ahead of the pack and also to get their music noticed? Is there anything you guys can look back on so far in your career and made that extra mile?
Yeah we’re stoked to see it all happening! Work really hard and don’t be afraid to try new things. Share your music and if its good it’ll get noticed. That’s what’s we love about the way things are now – you don’t need a label and a tonne of money to make things happen, just good music. As far as things in our career that made that extra mile – when we started making music, it was an unreal feeling when an artist we looked up to supported our music. It’s awesome that now we can support up and coming artists and help them have their music recognised.