When it comes to Dutch house, Chuckie is one of the first artists to come to mind. His hits like ‘Let The Bass Kick’ and ‘Aftershock’ put him on the map years ago and his career has since skyrocketed. Chuckie is known and praised for his hard-hitting electro house tracks and his signature Dutch sound has heavily influenced popular EDM today. Over the years, the DJ and producer has released dozens of chart-toppers and performed at legendary festivals all over the world. He’s taken his career even a step further by starting his own label, Dirty Dutch Music. Despite his huge success in the electro house realm, Chuckie has worked with many different genres, and even has a ‘Traphall EP’ series underway at the moment.

People who have seen you play will say; Oh he’s crazy! But in your words: who are you?
Well I’m Chuckie and I’m trying to have fun with this whole music thing, I’m a DJ with a lot of passion. Production came along with it and then my sound spread worldwide. It’s just about having fun with music and I’m happy people are enjoying it with me. The Dutch have been creating good music for years and now, not only do we have the global support and recognition on the trance side of things but also on the house side which is great for me and I’m just enjoying the moment. 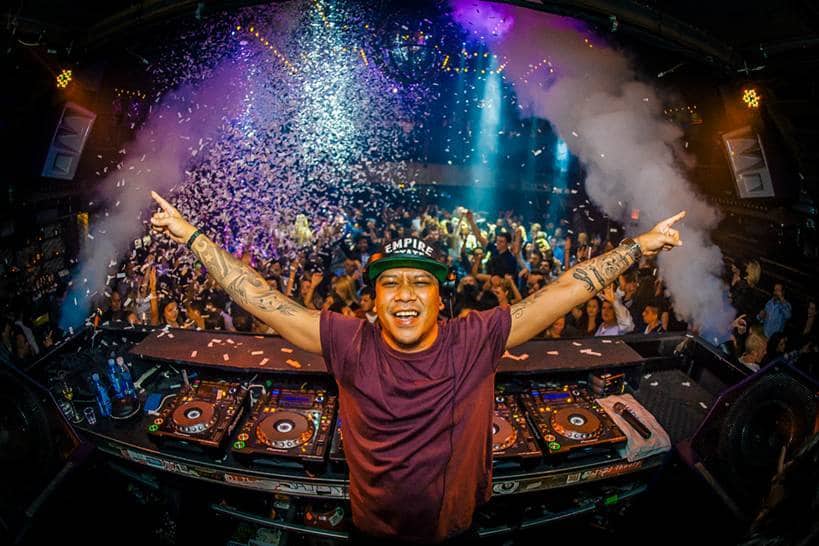 What’s the most Dutch thing about you?
I’d say the fact that I’m very down to Earth and that I take life easy.

How did you first get your start in electronic music?
Back in 1990, when I used to live in Amsterdam, I was able to listen to this pirate radio station from the UK that was playing nothing but breakbeat, later known as jungle. I was already a big fan of the funky drummer so you can imagine that I was intrigued by the fast sampled beats and crazy samples those tracks always had! I started to find out about all those small independent labels that put out all these amazing tracks, and then bumped into small independent labels from the USA but they had a totally different sound. Most of the tracks I liked in the early days mostly came from Detroit, Chicago or New York. I just loved it but when I started DJing, I just wanted to play hiphop because that was my first love and that was the lifestyle I really loved, but the love for electronic was always there. I kept an eye on that music and bought some records I liked but never played them out. I mostly played open format sets and slowly started to play more and more house songs in my sets. It was only in 2005 I decided to do full on house music sets because I felt more connected to that music. 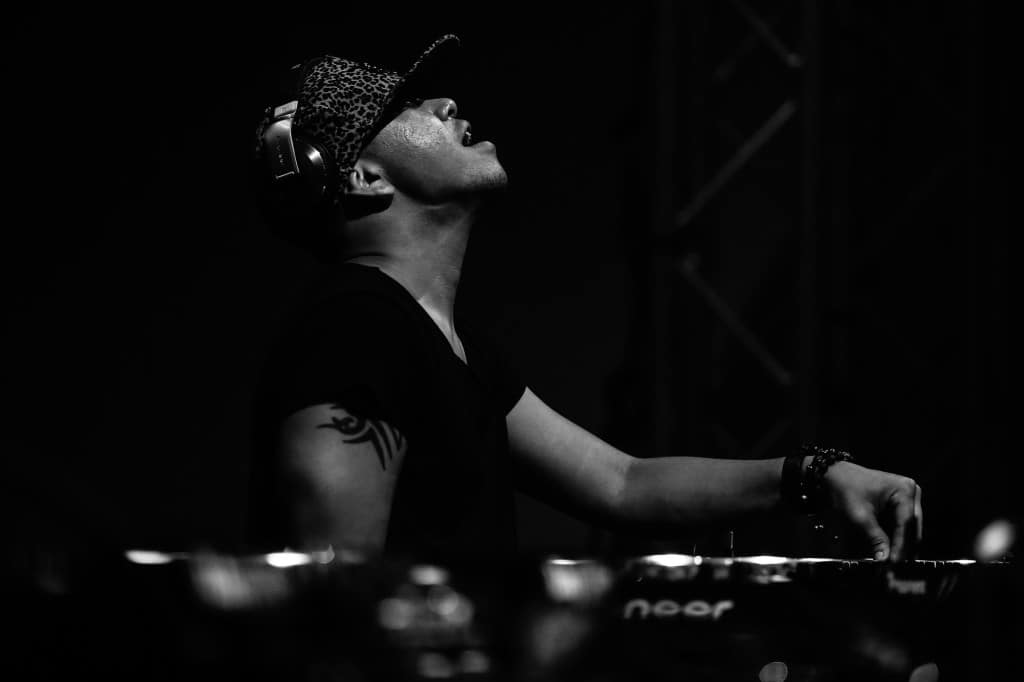 Speaking of crossing over, your roots are in hip hop, and before you got into EDM, you were spinning hip hop tracks. How did your interest for hip hop lead you into the EDM world?
I bought all types of music including electronic music because I was a fan of the music, but when I DJed at big parties, I wanted to be a hip-hop DJ. At a certain point, I got bored and the scene was all guys, and I wanted more women on the dance floor. So I started to do more open format sets and blended more styles of music. And electronic music became more interesting to me because it started to embrace all types of genres, and I felt more comfortable with the style. And then I thought, “Let me try to make some of stuff as well and make it fit into my set.” And that’s how I got into producing my own music, which is very hip-hop influenced, and I called it Dirty Dutch.

Want to talk about Dirty Dutch music?
I wanted to do my own club tour with like 300 gigs a year and I kind of got bored by the way the promotors set up things. I wanted to decide how I set my own entertainment and how the DJ’s play and the line up. So I started to do this DD party, then I did a tour with like 50 dates in total. I basically did it and it succeeded. Infact, it got sold out three years in a row.

If you could collaborate with any hip hop artist who would it be?
I would say Jay-Z or Kanye. But if I were in a studio with them, I wouldn’t make an EDM track, but more like a crossover that they’d still feel comfortable with. Kind of taking it back to the roots!

You’re known for very energetic music – but is it also sexy?
Yes, it’s definitely sexy. I try to do a balance between hard beats and sexy vocals and grooves. That makes it kind of sexy, yeah.

You’re a famous crowd surfer – tell us about your best crowd surf.
I will never forget the one at Mysteryland in Holland two years ago. I jumped into the crowd and they’ve taken me on their hands all the way to the end and back to the front of the arena, which was some 50 meters. That was really cool!

Often DJs can get great acclamation from one single but then this can die down, so what have you got planned to stay on top?
Well I do a lot of remixes that stand out. For instance with David Guetta when I did “The sexy B****” remix which really took off. In L.A. it became one of the biggest club tracks of the year and I won an award for best remix for that one too. So that’s the kind of thing I try to do. I’m basically doing a lot of club stuff and records for the dance floor and I’m working on my album which should be a huge bomb like “Let the bass kick.

What do you think is next for electronic music?
It’s evolving so fast. I think right now, the direction is going off course. Alot of people get introduced to dance music in a different way. Some people discover it by the internet, some by a record Pit Bull did, or a record Usher did. Every one has their own experience with discovering electronic music. At the end of the day, 5 years from now, there will be many of people exposed to our music. Then, if you are really interested in music, you are going to look for more underground unknown stuff. All music genres goes through this process and then goes back to the original form. People are going to try and discover something new about the music, so it will continue to become strong and stronger. Normally what happens is, when the music crosses over to pop and people get tired of it, people don’t want to deal with the commercial house anymore. In general, we have a strong background as far as electronic underground music goes, so it’s here to stay.