Founded in Melbourne in 2000, the eight piece powerhouse band The Bamboos have continually redefined Australian Soul music and continue their reputation as harbingers of musical evolution.
The band has collaborated with vocalists like Aloe Blacc, Megan Washington, Daniel Merriweather, Alice Russell and Australian rock icon Tim Rogers of You Am I. They have carved out a signature sound that embraces classic and current influences whilst weaving them into something altogether brand new.

Known for their vibrant live performances world wide, next up is Bali’s turn this Sunday at globally renowned beach side affair Ku De Ta. Easter Sunday just got a whole lot more festival in Bali 2016 Check out our exclusive interview below.

First of tell us about how you define the Bamboos sound? Where do draw lots of your influences from?
The Bamboos sound is rooted in raw, old-school Soul & Funk – but we like to bring in a myriad of other influences including Psychedelic Rock, Soundtrack music, Indie Pop and Hip Hop.

When did you guys form? How about the new members to the band? Who’s new and who’s been with you since the start? How have you come across some of your newer members?
The Bamboos started out as a 4-piece instrumental band in the year 2000 and now we have doubled in size!
There have been 18 different members over the 16 years we have been a band. Melbourne has such a wealth of great musical talent that I haven’t had to go too far to find amazing players.

Where was the Bamboo’s first paid show? and how did you hook it up?
It was at a legendary Melbourne venue called The Night Cat. We started out there purely as a live band, well before we made any records. 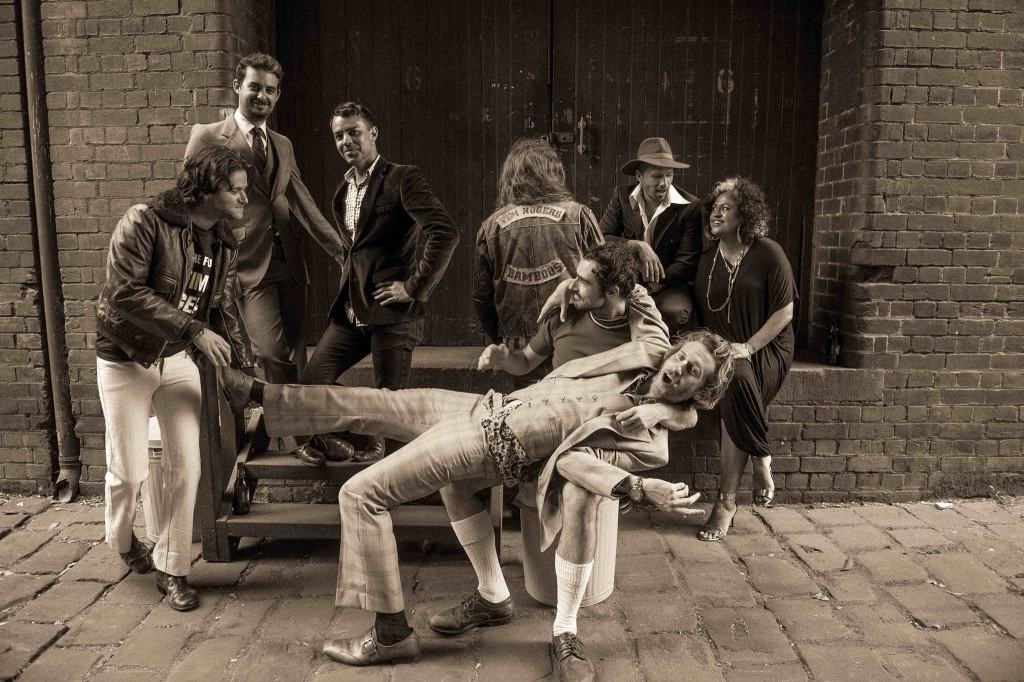 Playing at home in Australia what have been some of your most beloved shows to perform at and what really makes them stand out?
Meredith Music Festival 2006 (Kylie Auldist’s first ever Bamboos show)
Headlining St Kilda Festival (Massive amazing crowd)
‘Fever In The Road’ Tour at The Forum Melbourne (Our biggest ticketed show ever)
Perth Festival 2016 with Tim Rogers (Stars aligned and shit got REAL)

What about on the road? Where have you really like playing overseas in the past and would really love to return too?
Jazz Cafe/London, Yardbird/Birmingham, Baden/Switzerland, Pisa/Italy, Marseille/France.

We hear you guys have a amazing record collection in the home base? What are some of your most prized vinyl possessions?
Top 5:
1. R.A.M.P – ‘Come Into Knowledge’ LP (signed by Roy Ayers)
2. Donald Byrd – ‘Stepping Into Tomorrow’ LP (signed by Mizell Brothers)
3. The Bamboos – ‘Eel Oil’ 45 (Czech Test Press never released: And a BETTER pressing than the official one)
4. Tame Impala – ‘Innerspeaker’ LP (First Australian edition and the only one pressed at 45rpm)
5. Any of my Grandfather Bill Wolfgramm’s albums, singles and 78’s.

How about anything you have discovered online is worth a fortune? Not that your wanting to part with any but would be good to hear what record collectors are prepared to both buy and part with some of their wax.
Sarah Vaughan – ‘The Planet Is Alive, Let It Live!’ LP, I paid $200.00 for this but I believe it is going for even more these days.

Current Top 5 songs you like to listen to while cruising along trying to switch off from work mode?
1. Laura Mvula – Overcome feat. Nile Rogers
2. Anderson Paak – Am I Wrong?
3. Kendrick Lamar – untitled 06 06.30.2014
4. Mayer Hawthorne – Love Like That
5. Breakbot – Still Waters

Do your shows differ from venue to venue depending on surroundings, performance times and other artists on the bill?
Not so much – We try and put everything 100% into every show we do no matter whether there are 10 or 10,000 people in attendance. As a established band how have you seen technology change since you started and also in more recent years.

Where do you see technology taking you guys in the future?
Technology has changed the way that people can access recorded music but not how they can experience live music (aside from those who feel the compulsion to view live gigs through their iphones). The live scenario remains a place for musicians to truly connect with an audience in a direct and visceral manner.

After Bali whats up next for the Bamboo’s? Some new records we should be listening out for? Any exciting shows or collaborations coming up?
We will be writing and recording our 8th studio album in the second half of this year for release in 2017!