How did you guys meet?
I met James Hillard (also co-promoter and DJ at HMD) at a Basement Jaxx party in Brixton in 1999. I had met him through Severino (also one of our residents at HMD).

Where does the catchy artist name emanate from, what’s its meaning & why did you choose it?
The name Horse Meat Disco came from a headline in a newspaper about ten years ago. The full headline was “Horse Meat Discovered In Salami” but it was partially covered to reveal our future club name. In the UK, horse meat is still considered quite taboo meat but I come from a long line of butchers so the name conjured up images of my upbringing, coupled with ideas of the subversive. It’s the best eureka moment I’ve ever had!!!

With four residents involved in HMD, how would you say you vary and compliment each other’s styles of DJing?
We definitely bring our own different sounds but they all compliment each other. I’d say James and Luke are very deep Disco, Soul, boogie and Seve and I keep up with newer releases and sounds whilst still playing disco obviously. Ultimately thats what has come to define the sound of Horse Meat Disco. Yes it’s disco but we’re not stuck in a specific definition of it. We mix it up but it has a retro vein running through it, although with new producers trying to emulate the sounds of the 70s and 80s there’s always more music made available to fit into what we do. If you love dancing and have an open mind when it comes to music then everything falls into place.

HMD is sometimes described as “the queer party for everyone.” What can people who have never attended a Horse Meat Disco party expect from your residency at Output?
One of the elements of our residencies we’re the proudest of is the cross section of people who come to them. Disco seems to bring out everyone from the party boys to the disco afficionados. Musically, there’s something for everyone who love music across the disco spectrum. So I guess you can expect to dance around to disco music with everybody being fabulously queer!

What were the founding principals of the Horse Meat Disco parties when it first started – both on a musical level, the aesthetic and atmosphere of the party?
It was always intended to be the queer party for everyone and started as a reaction to what was lacking on the gay scene at the time. Gay clubs were pretty tribal affairs, and not just musically! Different tribes went to specific clubs and in my mind made for a boring party if everyone around you was just like you in a superficial sense. My fascination with the seminal NYC clubs of the late 70s and early 80s taught me that the most legendary parties are always those that can cut through on every level of society and attract people from diverse backgrounds and experiences. Disco has always been a great musical leveller. Everyone loves it and those who say they don’t are just kidding themselves! Get a diverse crowd of people that transcends age, class, race, gender and sexuality who come together through a love of music is where the atmosphere comes from. It’s all about the party!

How involved were you in aspects of the party that went beyond your role as a DJ?
As one of the co-promoters initially my role as a DJ was secondary to everything else. We were lucky having such amazing residents in Severino and Luke Howard so myself and Jim could concentrate on everything else, like booking great DJs. Guest DJs in gay clubs at the time was a rarity. We realised pretty quickly that, in the case of straight DJs, they were excited to be able to play disco records to a gay crowd (it’s not rocket science really is it?!). What was significant is that when they went back home and talked about the party it really helped to spread the word in a way that was far more organic than having a slick marketing campaign. From decor to the occasional buffet, making people feel special and creating a welcoming space for everybody was my number one job… and i loved it!

What makes a great party?
Drag queens – ALWAYS. Disco music played over quality sound systems by world class talent and finally the crowd, as the dance floor is the stage and the dancers are the stars of the show.

What DJ’s inspires YOU?
DJs like Harvey and Danielle Baldelli inspire us. They’re unique and have a style that really stands out. They aren’t constrained by playing single genres of music. They play across the board musically and that, in my opinion, is much more exciting than watching a DJ play one style all night. Other than that, digging for records in the towns and cities we play in is always the best inspiration. 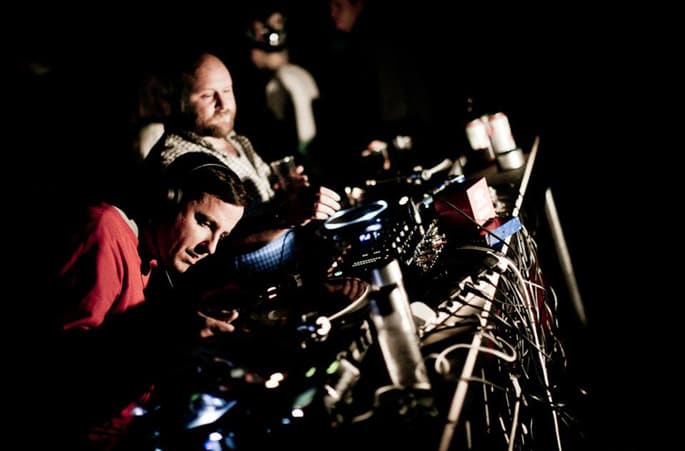 How did the New York club scene in the ‘70s and ‘80s inspire Horse Meat Disco? How do you bring that influence to your sets?
The party was started as homage to those amazing clubs in New York who everybody knows now but didn’t in London about twelve years ago. I’m sure Larry Levan inspires all of us with his impeccable taste and programming. We all would have died to be at the Paradise Garage parties.
You’ve packed venues all over the world. What has been your favourite country and venue so far?
We have a favourite which is of course our weekly party at Eagle London club. However, there are a few. I would say our New York residency at Cielo and sometimes at Output is always a huge blast and I think the other is our bi-monthly Berlin Party with the guys from ex-Tape Club now at Prince Charles. Those parties go late and everyone is nuts for the experience.

How do you keep your sets fresh and exciting?
Sometimes play into new edits of classics, keep digging and buying plus keep an ear out for what’s our there and who’s playing what.