In 2012, four passionate DJs were brought together by their vision to create unique events and perform together by forming a new collective called Mantra. With the sole mission of showcasing the very best in underground music, Mantra brings people together to party in ways never seen before. As DJs, Mantra Collective have been recognised for their cutting edge sound and have warmed up or supported massive names including Danny Tenaglia, BICEP, Art Department, Marcel Dettmann, MK and Gorgon City. Join them as they journey through a musical odyssey.

Being a partygoer in the time of Sydney’s lockout landscape has proved itself difficult to say the least. Never mind taking the time and effort to create a family-minded series of parties with the microscope on underground house.

Enter Mantra Collective. Comprising Whitecat, Aboutjack, Space Junk and Antoine Vice, the crew has carved itself a niche in a market that has become increasingly fraught to navigate.

Whitecat and Antoine Vice first met seven years ago, playing electro at Candy’s Apartment, and eventually – with likeminded selectors Aboutjack and Space Junk on board – decided they’d join forces and throw their own parties. Collectively, Mantra Collective has hosted and played alongside names such as Rampa, Alex Niggemann, David Mayer and Hot Since 82. 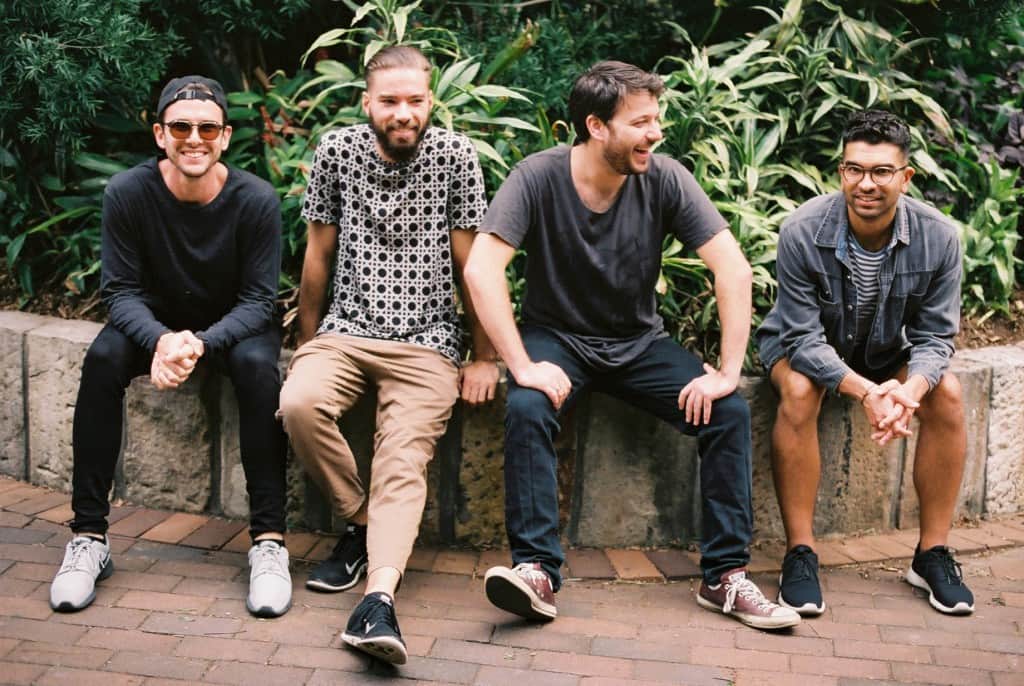 “Jack and I had started a party, so we decided to join up with Telly [Space Junk] to start another one – we decided to team up together and book ourselves,” explains Whitecat, AKA Tim Reeves-Smith. “We’re all really good friends as well as DJ mates, so we catch up every week and have a mix by ourselves, which is really fun.

“When we play out, it’s great, because we don’t get a chance to play out all the time together,” he adds. “We’re trying to work on playing together, so when we do [Chinese] Laundry, for example, we have The Cave to ourselves for five hours, just us, and we build off each other.”

As Sydneysiders have been forced to adapt to a new style of partying post-lockouts, promoters and DJs have found themselves in the same boat. This, Reeves-Smith says, has fostered a strengthened bond within the dance music community.

“It’s made the scene more inclusive, in a way. The people who go to our parties are always going to our parties, there are more crews doing parties and those parties are more specific music-wise – they’re family-based and oriented and that’s good.

“It’s not just ‘party here, party there’, and it’s not just a venue booking DJs – there’s a family concept in each area. The people doing parties now are in it for the right reasons. You can’t just throw a party now, because the lockouts have prevented that. You can’t clap your hands and become a millionaire promoter. Every promoter in the last year has had a ‘What the fuck am I going to do?’ moment. You’ve just got to keep going.”

When it comes to hosting its own parties in non-traditional venues, curating an experience for the partygoer is a huge priority for Mantra Collective.

“You have to adapt and you have to do things differently to be successful,” Reeves-Smith says. “I think that’s something we had in mind from the outset when we started doing unconventional venues. Everything had to be perfect – the sound, the gear we played on had to be perfect; security and door staff. I think the effort we go to for our parties has paid off because we’ve sold out eight in a row.

“People come to the parties and have been to one or two, some have been to them all. People have come up and said, ‘Hey, we were at number three and number seven, they were sick.’”

The community vibe runs deep. Reeves-Smith explains it’s not uncommon to have partygoers stay back to help pack down, move furniture or tidy up, and that only reinforces the family values Mantra stands for. Now, the collective is preparing its second vinyl-only party of the year, Black Gold.

“All of us buy a lot of records, and in the past year we’ve only been buying records. That’s kind of narrowed our music down, because when you buy vinyl, you really have to listen to it.”

Playing vinyl at parties comes with its own challenges, however. “You have to be really careful when you’re mixing on vinyl and you have to really know the tracks better because you can’t see anything,” says Reeves-Smith. “You have to use your ears – I mean, you should use your ears all the time when you’re DJing; if you don’t, everyone is going to know – [but playing vinyl] strives you to be a better DJ, because you have to know what you’re doing all the time. Otherwise it’s an embarrassment,” he laughs.

The aim of Black Gold, Reeves-Smith says, is “basically us playing our favourite records to people, and we want to put across that passion we have for the records to everyone”.

As for what’s lining the record crates? “There’s a lot of stuff from Romania we’re playing at the moment. Our favourite Romanian producer at the moment is Barac.” Other selections on the pile include releases from Apollonia, Diego Krause, John Dimas and Dorisburg.

Before he departs, Reeves-Smith hints at some big events in the pipeline – with the ultimate goal of a permanent place to call home.