You started making music since you were 15 years old, how did you get into producing and was there an inspiration behind you starting up on the decks?
My mother had a Mac with a Garage Band and I preferred spending time on trying this that reading my lessons. I spent day and night on it and when I was able to create my first set of tunes I wanted to show it to people and DJ’ing was the best way to do that.

You were discovered by Bob Sinclar. Tell us how that happened?
It’s a funny story. When I was 16, one of my friends spent his holidays with Bob Sinclar and thanks to that he gave me his email address. Then I sent him maybe 50 emails with some tracks and one day he decided to come to my home to see how I produce. I think he liked it 🙂

What was the point where you decided to transition from heavy dance floor music to Soul House?
Since 2012 I’ve been making music under another name, focusing on deep and underground stuff and I really love making this kind of music. So when I started to get bored to produce my own stuff under as Michael Calfan I decided to upgrade my previous style and mix both projects.I love house music, but I don’t like to make only one genre. The music is so rich, so I want to mix everything I like and try to make something good. 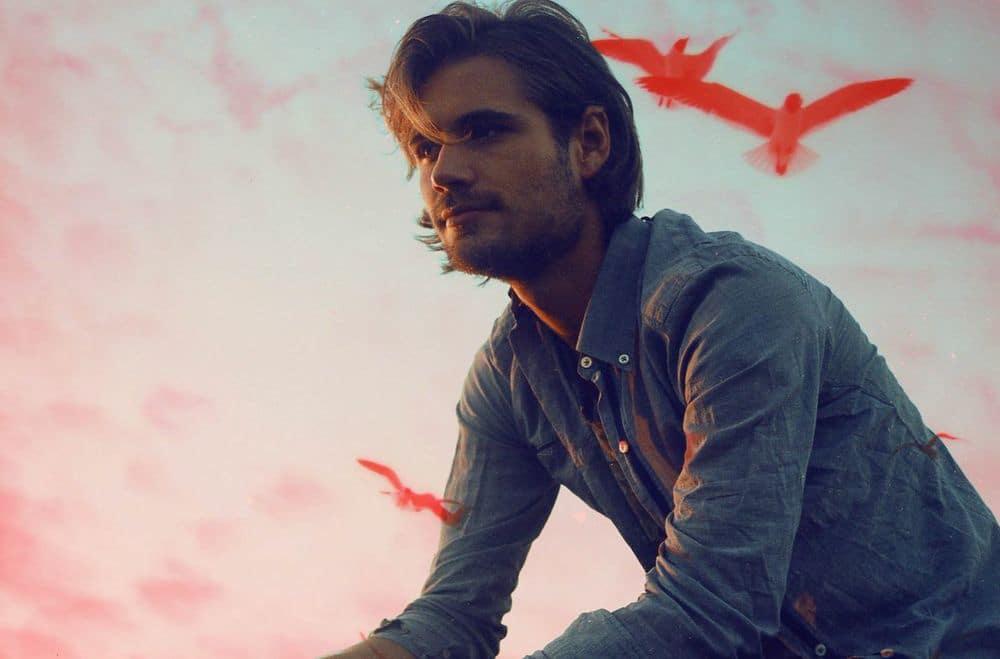 As your fame grows, so does your responsibility as a role model. How do you envisage to use your position of power to send a positive life message to fans

It’s true that I have less time to discuss with people who are following me, but I always try to answer on my socials, and give advice to people who ask for it. A lot of people are asking me ‘how it’s like to be famous?’ and I always give the same answer. It’s not about being famous, you just need to trust in what you like and then I’m pretty sure that some people will like it too. Next to that, I’m always trying to ‘change the world’ with the arms I have, the music. So maybe you heard about it, but for ‘Treasured Soul’ all Beatport sales went to charity, the fight against Ebola. It’s not a big thing but if everybody gives a bit, the world will be healthier.

Where do you get your inspiration for making music from?
I have the chance to travel all over the world and meet a lot of people; inspiration comes most of the time thanks to that. Then I’m watching a lot of movies, TV Shows, listening to a lot of music from the past. For me it’s easy to find inspiration because when I see something, I have music in my head. (No I’m not crazy J)

After a ground-breaking year, you kicked off 2016 with your much acclaimed single, aptly titled ‘Nobody Does It Better’ incorporating elements of soul and gospel, are these genres close to your heart or are they elements that are really working for you at the moment as I hear you also like mixing in pieces of pop and folk music as well?
I love a lot of varied music, I can produce pop music, disco and hip-hop, so every-time I want to make something soul for example, I’m taking elements from this music and putting it in my own way.

Your video content is a fantastic touch! What role do you play in it’s creative conception?
I have a great team around me. I have a fantastic video director, so every time we want to make a video, we organize a meeting between the director, my management and me to discuss ideas. Most of the time we are going too far, and I’m pretty sure that only maybe 10% of the people will understand the message of the video, but it’s funny. I’m always checking the comments on YouTube and most of the people like our videos, so it’s all good.

What can we expect from future releases?
I hope a lot of things. I won’t give you any look down my cards, but I hope that people will like it. I’m always trying to make something different with a common point.

What is the most memorable moment you’ve had during the tour so far?
I had a lot but it’s always in relation with people I meet on tour. Sometimes it’s a driver, sometimes a guy I meet in the street. For example last time in Germany at 5 AM I was so hungry I decided to go to a fast food restaurant and in the line a guy started screaming “Michael Calfan, Oh My god!”. It was a guy who wasn’t able to enter in the club to see me, he paid me my food and we stayed outside for an hour to talk about stuff.

Biggest fail behind the console?
Maybe it’s when promoters give me a mixer from another world!

Do you have any rituals that you perform before playing a live set?
Just take a shower, smoke a cigarette and never come too early at the club. It brings bad luck to me 🙂

What do you think you would be doing right now if you weren’t a DJ?
I’ve wanted to do this since I was fifteen- almost ten years. This is the best job, I’ve never wanted anything else.

Where do you see yourself this time next year?
On a beach with a Pina Colada? I’m kidding. To be honest, I don’t know. If I can continue to live thanks to my music, it will be the best.