“Moodymanc” has become one of the most respected names in house music today. The cheeky monniker was given as a nickname to Danny Ward by his cohorts at 2020 Vision recordings due to his heavily jazz tinged productions and Mancunian roots (Danny was a Hacienda regular and performer back in the day) whilst he was producing his two widely acclaimed albums and 12″s under the name “Dubble D” and as part of “2020 Soundsystem”.

As a DJ Danny prides himself in bringing a smooth mix of his vision of the best in current and classic sounds from accross the spectrum of house music incorporating a musicality and ability to read crowds that betrays his wide ranging background, experience and massive record collection. He is an expert at bringing the party on and keeping energy high and is equally at home on festival stages or in nightclubs. 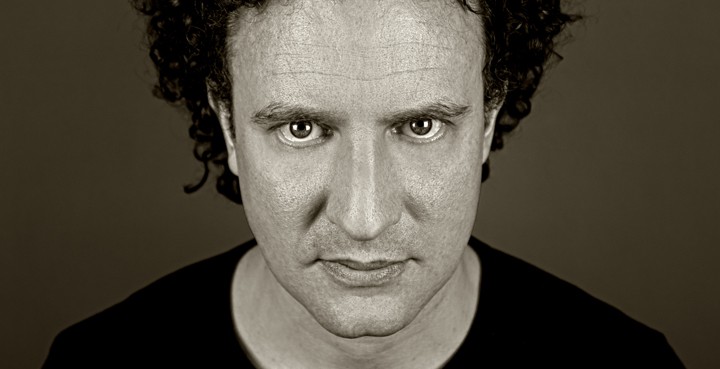 So who is Moodymanc?
Moodymanc was a nickname that Ralph (Lawson) and Andy from 2020 Vision came up with for me whilst I was working on my second Dubble D album for them. No doubt due to the fact I would phone them up to moan about what slack bastards they were all the time (haha!).
They decided they would like to put out a 12″ of the housier cuts from that album under the monniker Moodymanc and to start an imprint for me so we mocked up the early KDJ font over a photo of Coronation Street and stuck it out without stopping to think that 90% of the planet had no idea what a Manc is.
It became the joke that nobody got (story of my life), but the name stuck and though I wasn’t over enamoured with it I really liked having an outlet to put out (in my eyes) purely House music which was free of any of the pressure or hype that was attached to my previous output.

How did you get into DJing?
I’ve always been a record buyer, and though it was never a main aim to become a DJ, I always enjoyed playing music at parties, to my friends and making mixtapes. As I started to get more records out the opportunities to DJ ‘officially’ started to turn up more and more, and, as we started to go out and play gigs with 2020soundsystem, I started to play a lot of the warm ups. That really made me focus a lot more on mixing and started me thinking more and more about playing house sets. I was really lucky in that I was playing alongside some of the best DJs in the world at some of the best parties and festivals, so I got to really check a lot of people at the top of their game out and, therefore, start to discover what I might like to do within it all. It was also great to play with Ralph (Lawson) so much, who was a massive influence on me. I’ve also always had friends, and been in bands, with great DJs, so it’s something I’ve always been around. These days it’s something I absolutely love and take incredibly seriously. I come from that musician background where it’s all about practise so I like to spend a LOT of time on the decks at home and also a great deal of time sifting for the right music to play. I LOVE it! What type of music did you used to mix with back then? Does any of it still creep into your sets these days?
A lot of hip hop, soul, some african and latin stuff, reggae, funk, and groovier jazz, as well as house and techno. Even these days, if I’m playing a ‘House’ set, I still try to play tunes that reference these sorts of records. It’s a major part of what inspires me as a DJ, and as a producer too.

As well as DJing, you produce your own music. How did you get into that?
I was always fascinated by making beats, at first with a drum machine and sampler. I was also lucky to be hanging out with one of the best sound engineers in the game, Danny Evans, and we started recording a lot of drums and producing breaks for DJs and producers, both on vinyl and CD. That started to get me a lot of sessions with producers I really admired. I had always had this plan of going to music college and becoming this fantastic jazz composer, but I remember going over to do a session in Hull for Fila Brazilia and Steve Cobby talking to me about this, then sitting me down in front of ‘Re-birth’ (an early 808 etc. software emulator) and saying to me “Just write some music! You’re a drummer from Manchester, just write some music that a drummer from Manchester would write!” It struck a massive chord. I spent the next income from the breaks thing on having a music pc built and have never looked back.

How did you feel after you’d made your first track?
I was absolutely in love with the whole process, and still am. More just writing beats and playing with sounds than actually completing tracks to be honest. I can’t really remember finishing a ‘first track’ because I’ve always just had so many things cooking! I only really finish tracks these days when I’m thinking about making a specific record to be honest. It’s not necessarily a good thing, but it’s the way I think at the moment!

From a production point of few, how did you manage to create a track that worked on the dance floor as well as being pretty soulful and how much of the writing process is song based given the tracks strong vocal?
I’ve a long history of producing hip-hop, soul and reggae tracks under my dubble d monniker, as well as the housier stuff, and I really enjoy working with vocals so it was a real treat to work on this release given that Jamie had written such a strong song and performed it with such style. I’ve always hung out and also DJ’d in similar club scenes so I had a really positive idea about how I could cross the song over to the dance floor a little more, hopefully without compromising it’s soulful edge….

Who are the major influences on both you as a DJ and a producer?
A lot of my friends, many of whom are great DJs and musicians. A lot of the more forward thinking labels and producers out there who I feel are really relating great music and records I know in a new and exciting way. Plus, still a lot of the great labels and artists from the past. I’m still trying to emulate some of the sounds and aesthetics of all those great old CTI and Impulse records, all those great 70s Brazilian records… If we got into specifics I could go on forever!

What’s the coolest thing in your house?
Today the coolest thing in my house is a vintage AMEK recording desk that I just picked up from a guy dismantling his studio in Surrey. It was actually built only a mile and a half from here, in Salford and put together by a mate who worked for them at the time.
It needs a little renovation but the Neve pre amps in there are going to bring a lot to the sound of future productions! Yesterday by far the coolest thing in the house was our cat. Tomorrow she’ll probably be back on top again too! (Little bugger!). Have you any advice on how to get noticed for the aspiring producers out there?
Do different! Be Yourself! Don’t pay attention to advice!!!!!

Tell us something we shouldn’t know about you?
Something you SHOULDN’T know? Ok. I always tell the odd lie in interviews! Hahaha!