Electronic music doesn’t really have borders – for many artists its essential defining element is freedom. Both as a DJ and a producer, Alex Niggemann has set out to further blur any remaining boundaries between house and techno, gravitating towards the melancholic atmospheres that he loves and avoiding petty sub-genre pigeonholing as much as possible. Alex Niggemann, quite simply, lives and breathes musical evolution every hour of every day.

How have the last few years been, have there been ups and downs or has it all been success and glory?
There are always ups and downs in life. I haven’t had a year that hasn’t been like that since I was a teenager! I guess this is what keeps things interesting. If you don’t know what it means to suffer/fail, you don’t know how to be happy and succeed – so even though there are moments that haven’t always been as I wished, in general my life has got a lot better and I’ve achieved a lot of what I had planned to and get a lot of positive vibes from all over the world. I’m happy, that’s all which matters.

What are the key things you have learnt? Anything you know now you wish you had known when you started out?
There are mechanisms in this business that put you under a lot of pressure, if you want to reach a certain goal. You start comparing yourself to other artists who are maybe more successful and wonder why things are as they are and you start doubting. So I really had to learn patience, believing in myself and to let go! It’s good to be hungry and do everything for your dreams. But stress and pressuring yourself and everyone around you will mostly lead to the opposite.

Do you always switch up the gear in your studio to keep things fresh? Have you got any favourite bits, if so what and why?
Yes, I do; which also means I sometimes re-visit the old gear again too. I’m not a complete tech-head, like KiNK for example who is super into tech and an absolute genius at getting the most from it, so I don’t always need to have the newest stuff – But the studio is growing and I’m building my repertoire step by step 🙂
I don’t have any favourite instruments, but I have had “WOW“-moments for example when using SSL Series of UAD. I know how the real EQ’s and compressors sound in the original console and I have never expected an emulation of analog FX that can sound so close to the original. I now use them a whole lot! 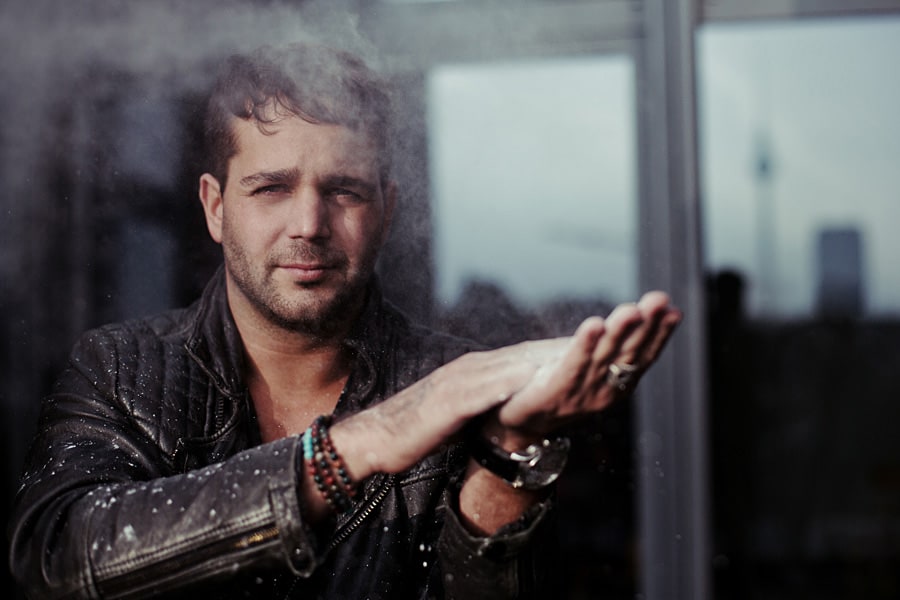 Your own labels Soulfooled and Aeon, offer two different sounds synonymous to your productions. Was the development and creation of these labels a platform for you to be able to experiment and offer new work, or primarily to support new and current talent while harnessing a label sound?
I just got too many good demos off talented people, which didn’t really fit under one roof. Aeon is the peak time, more Techno influenced label that actually mirrors the style that I play mostly. Soulfooled, as the name says, is the more playful, deep and experimental label.

With the resurgence of vinyl sales, have you found this has impacted on your label in any way and do you think this format is an important part of the house and techno scene?
Phew, I probably would have answered different a year ago. Let’s be honest. Since I have labels, I do vinyl, but it becomes less and less. Let’s ask the question: Who buys the vinyl? Collectors and a few people/DJs that still do because the “warmness“ of its sound attracts them or other emotional reasons. Who plays vinyl? Even less people than who buy it. Vinyl sales have gone that low, that one in 1000 labels sells more than 1000 copies. This is what Groove Magazine found out. The rest are happy, if they sell 300 copies. The break even for that is 285 records. So, 15 records are making the difference between a loss and a win.

It’s not only about losing a lot of money most likely, it is also about that I don’t want to tell the artists that they don’t get any money or didn’t sell records. That’s why I’m not even doing all of my releases on vinyl anymore. How could I justify it otherwise?
Sure, we all would like to have a vinyl as it feels good to have something physical in your hand, but is it worth pressing 300 copies just so the artist can hand out ten to his/her friends, getting dusty in the cupboards and making the label look cool to a few people that say, “music is worth more if it is on vinyl”?
If the music is quality, it doesn’t matter which medium you use. Maybe three of the Top 100 DJs play vinyl only, and to be honest besides Sven Väth, there’s no one that plays the style I release.

Generally speaking, how do you select the gigs that you play? Do you try to push yourself artistically by playing shows where you know you’ll be challenged?
Yes, totally. There are clubs that live from their reputation – meaning they only care about the art itself and not so much about money and business. I actually like to have those different challenges – it makes me aware of focusing less what an audience think about me. I’m a perfectionist and do really want to leave every single show with a good impression.

And what is it about the music you play that you like? Why do you like it? What do you look for in a record before you play it out?
Excitement. Quality, Details. I song needs to tell a certain story or needs to bring you in a certain mood. Music has to touch me. When listening to electronic music, for me main thing is the groove. Remember, this is what it was all about in the beginning. I hate when people using loops from Sample Packs for it. I think eat least drums and basses need to be programmed or played by your own…and it isn’t that difficult as for example playing some instruments. Be creative, start programming and playing again instead of using and modifing loops!!!

As a heavily touring DJ now, do you write music as you travel or do you have to set time aside to do it?
No I never do. I just collect ideas. I did it a few times, always with the same result. It costs me too much time to re-mix the quality afterwards….And I never found a headphone or a plugin, which can simulate the sound of a real studio. You will never have the same result. Music needs a room to sound. 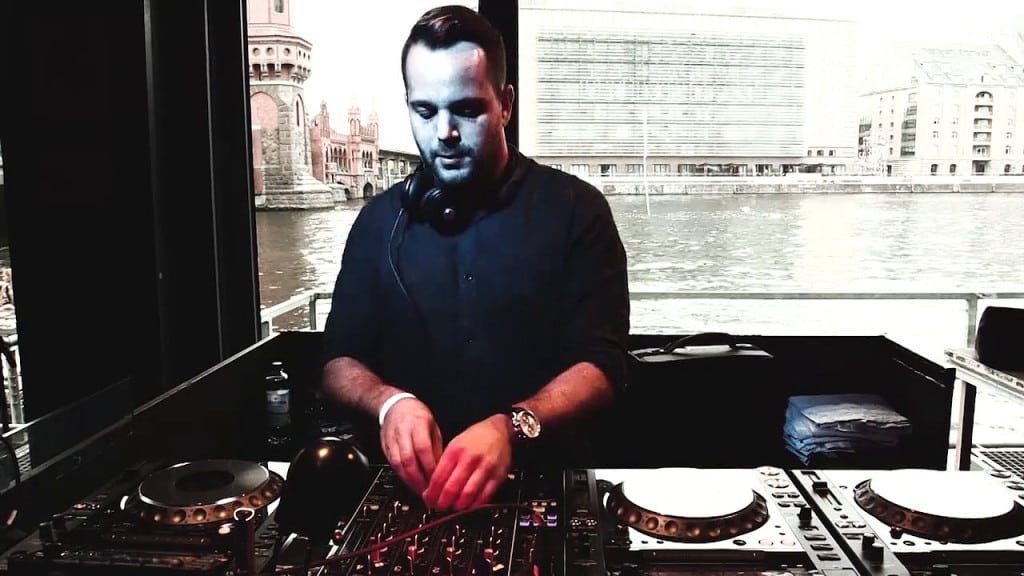 Tell us a bit about your writing process… is it the same for each track? Do you have rules?
There are no rules, except using complete loops from sample packs, exactly as they are in their original or using the wrong tonal pitch for basslines. Can’t understand how some people aren’t able to recognize that there’s something wrong in their tracks. I usually start with the groove and try to find some ideas for the main theme afterwards. Before I start arranging the song is a 4 bar loop consisting of all sequences I might use. It usually cost me about 4 days to complete a track. 1 day collecting ideas, 2 days arranging, 1 day mixing.

How do you know when a track is finished? Do you get a second opinion or just go for it…?
A track is never finished…but I learned to stop at a certain point. I’m a perfectionist. There can always be done a little more here and there. The opinion of Marc and Oli is always important to me. Honest criticism and the reflection after it is the highest good. Without it you won’t get better .

Every artist has certain DJ’s or producers they looked up to when they were starting their career. But are there any new artists you look up to nowadays?
There are a lot of people that I look up to that are great producers, but they don’t have the platform yet to show their music to the people. For example David Durango, Jona and Salvatore Freda are amazing, but do not get the attention they should get. There are some upcoming new guys like Jona, Francys, Denis Horvat, Speaking Minds, P.Lopez or Locked Groove who are really cool. And of course I like the music of people like Frank Wiedemann (Âme) or Mathew Jonson. There are so many talented artists and producers nowadays that are inspiring and great influencers. It’s not that I have one favorite artists in general, the production just need to attract me .

How do you see the future for yourself?
I’m being realistic about it. I know the music and entertainment industry. And if I’m one of the happy guys that could say it would be life lasting I would be very happy with that. But I actually don’t believe in these things. People are always looking for something new. You also don’t use your old Iphone when you have the newest one. I studied audio engineering so I’ll be always producing music. Besides making music that I play in clubs I also produce music for adverts, TV or movies.

What are the best and worst things about your job that people who don’t do it might not know about?
The best is knowing you can make people happy, with something that you love as well. There is no better feeling than knowing the smile on somebody’s face was created by you! The worst is the stress. Traveling, little/no sleep, airports and sleeping in different beds everyday…. That’s not really something which helps you relax and it’s sometimes difficult to be creative in that situation. Also people expect you to always be happy and always deliver the best. It is simply not possible due to that.

BUT… as soon as I play the first record, all of that is forgotten about and I always realize, that the reaction of a crowd is 100% worth all the hassle! I’m blessed to be one of the few being able to earn money with my passion!