Were you going out to clubs and shows a lot before starting your Magic Touch project?
I’ve been going to shows since I was a teenager. I remember my brother driving me to the Beastie Boys and my father driving me to Rage Against The Machine. Once I could drive myself I went to a lot of hip hop shows at St. Andrews Hall in Detroit. My brother’s good friend (and mine to this day) “PAKMAN” used to play at raves in Detroit so I’d meet him there to make some money by setting up a concession stand. By that time the raves already seemed a bit more commercial. The few I remember had techno DJs along side Ol’ Dirty Bastard and The Hieroglyphics Crew? Once I reached 18 I was able to get into Motor Lounge which had legendary DJs like Derrick May, Robert Hood, DJ Rolando, Carl Craig, etc…Also In the mid to late 90’s Plastikman had an all night party at City Club (another 18 and over venue) which is a goth club in the basement of the Ramada Inn Downtown Detroit. Since then I’ve been going to all types of shows whenever I get the chance and have seen a lot of great shows at Festivals in Europe.

Explain your musical background.
My oldest brother was in grunge rock bands throughout high school (while I was in middle school) so I always grew up around drums, gear and cool long hair dudes. I started playing drums in the middle school band and ended up quitting that before the 8th grade rolled by. I was getting more into/better at playing the full drum set and didn’t want to read music or perform at malls, plus the thought of marching during a football game was too embarrassing and uncool. Also at the time I was more into basketball so I focused a lot of time and energy on that.

What are some of the main differences between the live set and your DJ sets besides the fact that you’re obviously playing your own music live? Does the tone or vibe change at all
Well live is about 45 minutes and DJing could be several hours. I’d say both are similar in that I’m going for a danceable set. The live set is more full on since it’s 45 minutes all of my tracks whereas a DJ set is extended over such a long period, which creates more dynamics/range of music.

Is it safe to assume that you’ve been DJing for years, long before the Magic Touch alias? When exactly did you first start DJing and who were some of the best DJs you got to see growing up that may have inspired you to do it yourself?
Early on in my San Francisco days I worked at a club that changed ownership so I bought two Technics 1200s and a mixer from them for $300. I already had 12″s from Detroit, etc so I practiced DJing here and there. I didn’t have a ton of time to DJ because I was practicing 4/5 days a week with both bands and playing shows on the weekend, plus touring. Also it’s difficult to get really good 12”s (new/used) from California compared to NYC and Europe. I get most of my good 12”s when I visit my folks in Michigan, and whenever i have time on tour. The best DJs I saw in my late teens/early twenties were Derrick May and Carl Craig. At the time I didn’t really understand the concept of DJing. Over time I finally “got it” and like any dude wanted to do it myself.

Speaking of influences, what kind of records were you into as a kid, and how did you begin discovering disco and house music? Are there any artists from your early years that you’d credit for exposing you to what it’s all about?
My parents grew up in the hippie generation so they had a lot of classic rock records of Bob Dylan, Cat Stevens, Neil Young, Jimi Hendrix, The Doors etc…My friends and I flew through their records (though I still love Jimi Hendrix, and Neil Young) and tried to go deeper by getting more into Psychedelia and Krautrock. After awhile we were looking outside of the band vibe and got more into Electronic acts such as early Autechre, Aphex Twin, Plastikman, Oval, Vladislav Delay, Basic Channel and eventually started getting more into minimal techno and eventually house and disco. But I wouldn’t really say it was a linear quest to disco or house we were just into buying records, discovering new music (this was also the height of Napster followed by Soulseek) and enjoying whatever sounded good to us at the time.

At what point did you start to take your producing a bit more serious and go for legitimate releases? In terms of actually producing, who are some other artist from either the past or present that you can relate to or seek for inspiration?
I sent my tracks to 100% Silk in early 2011 and the record came out in August 2011. Before that I had some records out w/ my other bands so I was semi familiar with the process. Oh wow there are so many inspirational artists from past and present! I’m definitely inspired by a lot of my close friends on Future Times, L.I.E.S, Ital, Confused House, Amanda and artists on 100% Silk. Also newer stuff from Europe like Smallville, Move D, Gerd Jason, Hunee, Soundstream, Echovolt, I:Cube. As far as old stuff it’s really hard to list so many!

When did you start collecting analog gear, and what would you say is the most special element of learning and using such equipment?
My first peace of gear was the YamahaSU700 purchased at Guitar Center for about $700 at the time. I only had that sampler for a long time so I didn’t really collect gear until 2008/2009 in San Francisco. It’s nice using samplers because I tend to get sucked into random stuff on the internet and samplers make it easier to stay focused. Of course I support computers but it’s nice honing in on sounds and feeling separated from the outside world.

A lot of people put the label “psychedelic” on your music and Silk’s vibe in general. Would you say that this aspect is intentional, or is it simply a product of thinking outside the box? I, for one, really enjoy the unique feel in terms of the music and artwork that comes with it all. 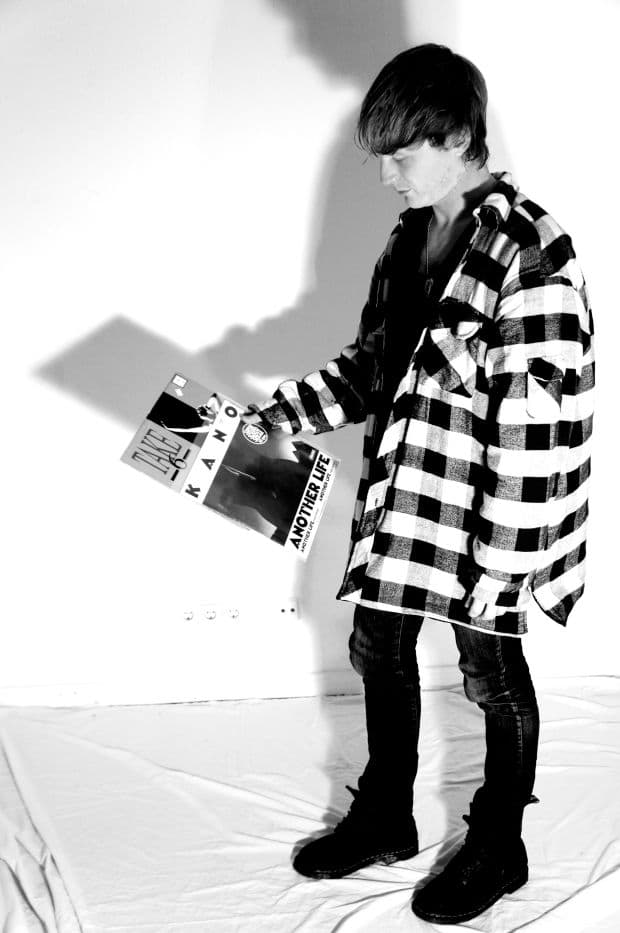 I think it’s hard to generalize all of 100% Silks releases. They have over 40 some releases now! A lot of people say “this would never work in the club this is just hipsters trying to make dance music blah blah blah” but Octo Octa’s track was on Gerd Jansens “Live At Robert Johnson” and Move D played that same track during his Boiler Room set in Berlin. There are probably similar cases so it’s frustrating when people pigeonhole it (or any kind of music) into “lo-fi” this or that. At the same time yes, there are some more abstract/psychedelic tracks on the label. I don’t really see my music as psychedelic (besides the guitar solo on “I Can Feel The Heat” and most of my live sets haha) but don’t mind if that’s how people hear it!

I think the psychedelic thing comes from the sensation of experiencing abstract forms of house music live in the club or better yet, in the warehouse. What sort of feelings do you aim to trigger to the audience when either DJing or playing live? Do you think that connection to the artist and music is what makes the night memorable?

I just perform my tracks and hope that everyone has a good time and enjoys themselves or gets something out of my set. Memorable nights can come from a connection with the audience but also the vibe of the venue, bartenders, etc…

Any words of wisdom for aspiring producers reading this? Last words?
Keep on keeping on.