The Bang Gang stalwart and former rioter in Belgium released his debut album, House Of Beni, on Modular Recordings in 2011. An eclectic, erratic energy release that joined the dots between Beni’s various musical passions from legal age onwards, the record touched on house, techno, downbeat, and electros (both clash and pop), a visceral flash united by the hand of the man that birthed it.

Two years and some several hundred DJ sets later, Beni is back with a more purposeful spring in his step and more focus to the fire that burns brighter than ever within. Through the process of piecing together that debut album and all that followed, he was able to take a step back, breathe and look inwards to find what he most enjoyed about producing, playing and listening. He came to the same conclusion that the forefathers like Frankie Knuckles, Armando, Jesse Saunders and Larry Heard came to all those years ago – house music. 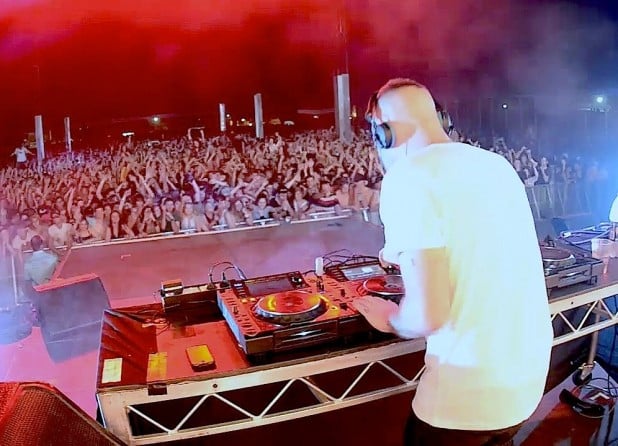 You play and obviously love so much different music from new rap to balls to the wall techno, classic disco records through to upfront house. Is there a style you love playing more than the other or does everything make sense together?
I’m happy playing two hours of rap or two hours of techno. i love playing everything if it all works well together, for me that’s the fun and originality of djing especially these days when it is so easy and accessible to pick up a USB stick.

For someone who has seen so many changes in the game is there a particular time that you felt was like the golden era of stuff happening in Sydney?
For me the early 2000 electro/bang gang scene was by far my golden era, so many acts from Australia being noticed and represented overseas etc, it’s happening again now but i guess that was my golden era!

Know doubt you have seen some weird stuff go down at gigs, can you share with us anything worthy stories?
Mate, from people having sex on the dance floor, some dudes head being slammed in a car door in the cross, to people in tears because they loved the music so much (or lost their pingers) i’ve seen a lot and no doubt i can’t even remember the majority of the stuff i’ve seen.

It’s no secret you love rap, is there plans to write music on this tip? Similar to how Brodinski has done his thing? Can you share with us your three favourite hip hop or rap related cuts?
OHHH, i am actually writing some stuff at the moment along those lines i also have a side project i’m working on that’s more on the cinematic r&b tip. They always change and just three is hard to do! but my most recently played rap tracks on my iTunes are… honestly 30 would have been easier

Having had the international exposure you’ve had as both artist and music fan, what is exciting you most about that scene at the moment? What can Aussies expect to see come over in the near future, in terms of artists and trends?
It’s hard to say, but hopefully this whole crazy EDM thing will die down a bit, and leave some room for proper house music to come back to fruition.

Sorry if I’m working backwards with the questions here Beni, but I’ve got ask you…….how did you get involved with making music? Was it a natural progression from Djing?
It was a progression from djing, I figure if I’m playing other peoples records i may as well play my own!!

BTW what did you listen to when you were a kid back in the day?
I was obsessed with Michael Jackson as a kid and still am, i listened to a lot of hip hop, disco, jazz, rock. everything!

Any other wise words of advice for people coming up? Should kids spend time producing or Djing? What do you see as more important nowadays?
Whatever you love do it, obviously you need to make records these days to have a career as a dj. I think you just have to make what you love and play what you love and that’s the best way to represent yourself