Dutch DJ / Producer Julian Jordan is at the vanguard of the country’s new generation of dance music hotshots, with a mightily impressive track record in his short time in the game. He brings a fresh spin to the dance scene, fusing some of its trademark sound and bombast with exciting new twists and influences that so far has seen the likes of MTV cite him as “one to watch”.

You parents sent you to a music school at the early age of 5 years where you, amongst other things, got into drumming. At the age of 14 you started producing music. How did you get in touch with electronic dance music in the first place and what led finally to the signing to the prestigious Spinnin’ Records label at the incredibly young age of 16 years?
I was 12 when I heard ‘The Prodigy’ I loved it, the raw electronic vibe was amazing and I think that was the first time I heard electronic music. I started making music at the age of 14 and I made a new track almost every day. I was so inspired by everything going on in the EDM scene! One day I got in touch with Spinnin’ records and they wanted to hear more music from me. It felt like a dream coming true, I sent everything I had and before I knew I got an e-mail back saying “You should come by our office to sign a contract”.

What does your mom think? Does she come see you play?
She loves it. She really likes it. I took her with me to Barcelona, to a gig there. She didn’t know what tour life was about or what it’d be like so I wanted to take her with me and show her how it is and she really loved it. She really supports me. My dad does also. 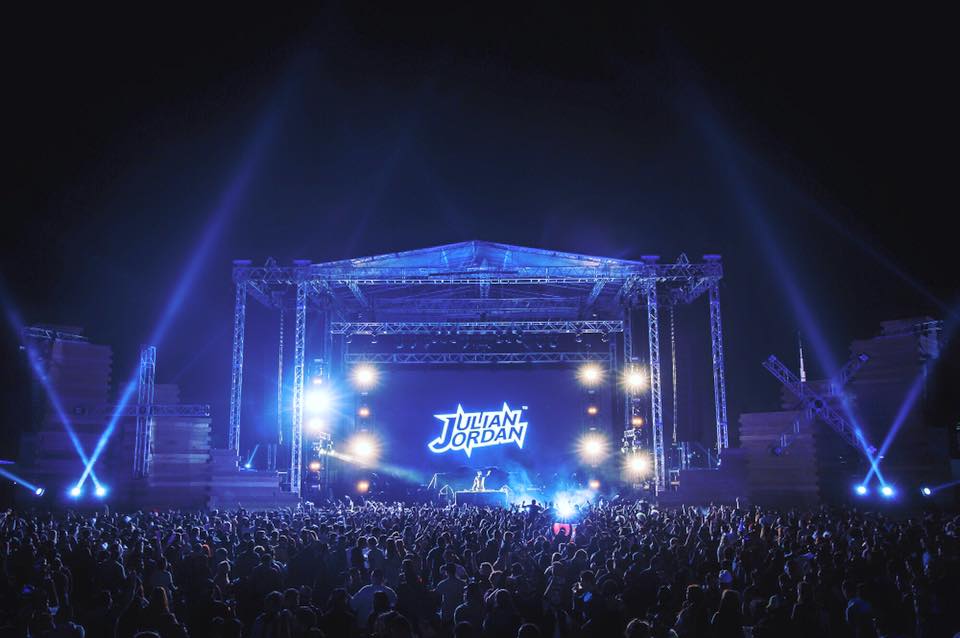 What do you think you’d be doing right now if you weren’t a DJ?
I think I’d still be in college. I was going to art school and a musical school. I quit it because I was already too busy with playing, but I really enjoyed going to school because it was really good for my creative process. There are a lot of other artists around. I think I’d still be in that school just to do some creative stuff. I am not really an office guy.

Where do you usually draw inspiration from?
All kinds of things, I find inspiration in the weirdest moments. I was just playing my set and I had a song idea pop up in my head, so I had to make sure to get it on my phone. When I stopped playing, I grabbed my phone and was singing into it. I like to walk around and get some fresh air, that’s always good to get new ideas. It’s one of the best ways to get inspiration because you’re not in the studio staring at a screen feeling like you need to come up with a song.

How does it feel to be so successful in this industry at such a young age?
Well, it’s funny to see because I’ve been in this scene for a few years now. Three or four years. I started like really young. So back then, it was really special and now it’s just like a family. So, I don’t see it. Most of the times when I see that I’m so young, it’s when I compare it to my friends at home who are working normal jobs in the supermarket or who are still in school and I’m like ‘I’m really lucky to be playing in Miami at 19 years old.’

When you are spending a long day in the studio, what are some essentials you need?
I drink a lot of coffee, so that’s the number one priority. I don’t need a lot of things, I just have my studio at home with my computer, good speakers, the walls are soundproof so that’s good. I just need my imagination, and coffee.

What are some of the best and worst things about always being on the move?
Worst thing is traveling. I really love playing in front of a crowd, but being in a plane the whole time and being tired – I wish there was a way to travel at a really fast pace.

Who’s your DJ crush?
I think Diplo is one of the main inspirations for me because he’s doing so many different things. That’s what I love about an artist. He can produce a different genre or style every day, that’s how I want to be.

Outside of your music, who or what do you think are some other musicians, DJs, or producers the world should be looking out for?
I really love Justin Mylo now and his own sound. He’s been working a lot with Martin [Garrix]. He has a lot of tracks like “Bouncybob” that deliver a fresh feeling listening to that. His sound is not hard, it’s not soft, but it’s somewhere in between. Outside of EDM and more into techno, guys like ANOTR. A friend of mine is a big photographer in Holland and shoots for techno music festivals. He would show me videos of these guys. Next level shit. I love it.

What advice would you give to a young producer?
Not to follow the hype. If you listen to the Beatport Top 10, there will always be people who follow the sound. But if you just create your own thing, you will get recognized rather quickly because you’ll have your own signature sound. I think labels are really searching for that. Artists respect artists who have their own signature sound. I think it’s really important because if a DJ plays it you can tell “oh this is a Julian Jordan tune” or “this is a Nicky Romero tune.” Nowadays, if you look at Oliver Heldens, he really has a signature sound and he’s blowing up because of that sound.