Your sound has evolved since your early visits and sets to Bali – how do you describe your current sets and whats planned for the Koh rave bunker?
Our sound has definitely evolved over the years and gone back to more of a House sound which is actually quite similar to the music I originally started off playing back when I first started DJing on vinyl many years ago. As we get older our production definitely changes. We used to be two youngsters just wanting to rave out in the studio and make it as noisy as possible. Nowadays we prefer a nice solid groove to make your head nod.

Your playing all sorts of clubs and events in Sydney? Can you tell us what the currently weekly / monthly schedule is for Fear Of Dawn in Sydney??
We just finished up our weekly event at the pool party at Pacha at the end of December. Right now we are just enjoying some time off doing weekly events and concentrating on music production instead. We have been running our own Saturday night at various venues for a few years now and handling the promoter team, marketing, and Dj bookings takes a lot of time out of your music writing schedule. We are looking at putting on monthly parties over the next few months once we have finished off our next bunch of songs. Other than our own events, we are still doing one-off gigs at clubs and festivals around Australia. 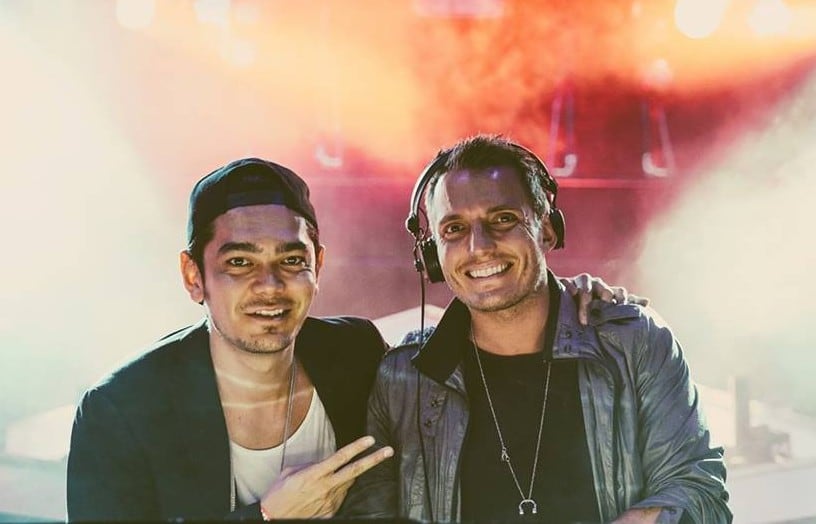 What you guys currently up to in the studio? Can you tell about anything we should be on the lookout for in the near future?
We have quite a lot of unfinished songs we need to polish off. We are looking at doing an EP with the vocalist Nat Conway who has been on a few Defected releases and is a good friend of ours. We also have a few collabs with some international DJs in the works, and also working on a remix for Sweat it Out Records from our portable studio in Bali this week.

How about your studio. what equipment you currently rocking and anything on the xmas card list?
Kaiser is loving my Dave Smith Tetra synth at the moment which I hadnt used in years. He found it in a pile of mess in my studio and its now set up in his. He is having a great time creating his own synth sounds using hardware instead of a mouse click. I just bought a Roland SPD-X which is a drum pad and sampler. As im a drummer i wanted to put drum samples into it so you get a “live” drum feel on grooves when you play with drum sticks.

Your shows at times incorporate live elements of drums and percussive instruments. Are you recording organic material into your production to ? What are some of the instruments you usually take on the road?
We have experimented in the past with recording some live drums on top of songs but have found that using existing drum samples (sometimes recorded in the best studios in the world) sounds a lot better.. Thats why I got the Roland drum pads. We can have a “live drummer” feel by writing grooves live with drumsticks using sound samples. When touring we try and hire some percussion instruments for our live shows (congas/bongos/timbales) as its too expensive and heavy to take on planes. It makes a big difference having some extra percussion in there at a live show. It always lifts the energy in the room. If we cant get access to any percussion, we just do a back to back DJ set.

With the whole uproar right now about the lockout law thats introduced as DJS playing regularly thru the whole Sydney circuit how have things changed for you guys and any tips for DJS looking to survive with the current state of affairs?
The lockout laws actually hit us pretty hard as the venue we hosted our Saturday night for almost 2yrs in Kings Cross (Hugos Lounge) closed its doors. Kings Cross was once the nightlife strip but has now turned into a ghost town. The laws are quite ridiculous and embarrassing actually. You have to be inside a venue by a certain time, you cant have a shot or cocktail after a certain time, now they have even told venues they cant have amplified music after a certain time. All the Djs I have spoken to feel like their gigs are drying up. There doesn’t seem to be much excitement about Sydney’s nightlife right now and I really hope it bounces back as we used to have such an epic and vibrant nightlife. Thats one big reason we love coming to Bali every few months. The nightlife and music scene is so good we like to call it “Australia’s answer to Ibiza”.

What do you think the solution is to curb the current violence and drinking problems in Sydney and how Queensland who have just followed suit can adapt to survive the upcoming battle with restricted trading in the entertainment industry?
I think hi-visability policing should have been the first step before the laws were introduced. Having two police officers on each corner could have helped solve the issues of violence. This may not eliminate violence but it would help minimise it. If thousands of people are walking around the streets of Kings Cross every Friday and Saturday night, there will always be some aggressive idiots in that crowd. I also think tougher sentences on repeat offenders would have helped the problem. A lot of the violent incidents are caused by repeat offenders who are just aggressive thugs looking for a fight. I think punishing the whole of Sydney for poor actions of a few is ridiculous. Its certain people who are the problem, not the entire population. 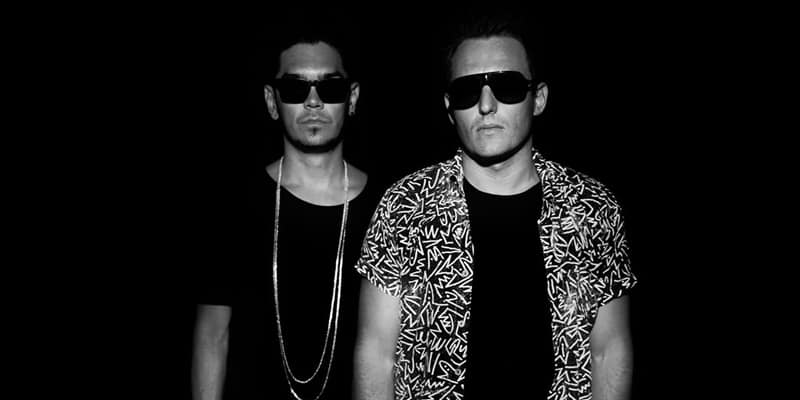 How did you guys meet and how did you come up the name?
We met at an after-party at a friends house. I had just finished playing a gig which we were all at. Kaiser wasnt a DJ at that stage but we got talking about music. He really wanted to get into the music industry as he loved music so much. We then started to hang out, write music, and DJ together… Then Fear of Dawn was born! The name comes from our fear of the sun coming up when we are partying. Thats when the “what am i doing with my life?” questions start popping into your head. Thats when you either shut the curtains and block out the daylight, or start doing the walk of shame home and grab a Powerade from the service station on the way. Its the Fear of Dawn.

Do you have careers or any solo projects we can check out too? Maybe a soundcloud mix or some tuness to listen to?
We both have our solo side projects. Kaiser loves his tech house so he is writing that style under Kaiser Waldon. He recently supported Hot SInce 82 in Sydney under that alias. His tunes are on their way so he doesnt have a Soundcloud yet but he has Facebook – www.facebook.com/djkaiserwaldon
I have my solo project called OLSEN. My first EP comes out on Tinted Records on March 4th. My Soundcloud is here

Besides Sydney where else are you guys playing in Australia? and…. What your favourite club / event to play at outside of Sydney?
We actually get more gigs in Darwin than any other Australian city. We have done a few festivals up there as our “live” show which is DJ, live drums, and vocals (Bowsell who sang on our last two singles). When outside of Sydney, I think our favourite gig would be the Sunday gigs at Single Fin with Adam Bennett’s. We love the party vibe up there and its exactly what we love (and cant have in Sydney because of the current restrictions) – a fun party with plenty of debauchery. Any party where you are encouraged to drink tequila out of the bottle while you play is our kind of party.

Whats next for Fear of Dawn
Early 2016 for us is all about the studio and writing tunes. Each release usually takes around 6 months from finishing the song to the release date so we are hoping the end of 2016 will be touring the new records we have written earlier in the year. We are hoping to get over to Europe and USA for their Summer and do our first Fear of Dawn gigs over there. We will also be looking at putting on our own one-off events in Sydney. We want to bring the fun back into Sydney’s nightlife so we plan to do this with music. Putting on an event with great music, production, and invite musicians to come down and play with us so its more of a live show rather than just DJs. We want it to be an experience.