Anthony Henderson, better known as Krayzie Bone, is an artist with nothing left to prove. In the 90s he and the rest of Bone-Thug-N-Harmony got the attention of Eazy-E and were immediately signed to Ruthless Records where they were able to put Cleveland on the map through their unique brand of melodic gangsta rap (a sound that has resurfaced in a big way thanks to artist like A$AP and the now defunct Raider Klan). In all, Bone Thugs have managed to sell over 25 million records in the US alone, have had 4 of their albums go platinum, and are widely considered to be one of the most successful and influential hip-hop groups of all time.

Few people ask about your singing influences, but you were heavily inspired by R&B.
Oh yeah, man, definitely. How it started for me is when I first saw Michael Jackson perform on the Motown Special back in the ‘80s. I was sitting down watching the show with my family, and Michael Jackson came on. First, he performed with his brothers, then he performed his new stuff, which was “Billie Jean,” from the Thriller album. After I saw that performance, a rush just went through my body. I had chills, and I was like, “Yo, this is what I want to do when I get older.” It just hit me right there.
My family loves music; my father used to sing. He never did it professionally, but he was known as the singer in the family. My mother loves music. We had a big loud stereo, and they would always play music, and I would always be singing. I was always around music. When I saw Michael Jackson, that’s when the dream set in… and from there it went on to people like Prince, New Edition. New Edition was one of my first, all time favorite R&B groups. It just grew from there.

Since you first came out with “Creepin on ah Come Up” in ’94 to your current album, how has your sound changed?
Man it’s ghetto, um it’s more, it’s perfected more you know what I’m saying, it’s grown. I concentrated on production more on this album, make sure I have the right beats for the right rhymes.

Is it true that Eazy-E took the photo for your Creepin On Ah Come Up cover?
Yes, indeed. He took all of the photos that had to do with Creepin On Ah Come Up. Man, [he was] doing it all himself. He’d walk around with his little digital camera. It wasn’t even no special camera either. It was just a little one that you’d buy in the store for $99, back then it was probably like $500. Everywhere he went, he’d just be taking pictures of us. We’d be in the studio working, and he’d be walking around taking pictures of us. We’d be like, “Man, what’s wrong this guy? He acting like he a groupie or something?” That’s how we were thinking [laughs], but he was on his visionary shit. He knew what he was doing. He was capturing the essence of Bone Thugs-N-Harmony way before anybody even understood that’s what it was.

You scored a massive hit with your feature on Chamillionare’s “Ridin’ Dirty.” Was there a particularly surreal moment when you heard it?
This is crazy right here: Chamillionaire invited me to do a little show with him in Texas, and when I came down, I was in my truck following him in his truck and he was bumping the song “Ridin’ Dirty.” He got pulled over by the police, while they were playing it. I had to pull up in front of him while he got the ticket because I didn’t know where I was going. I was like, “This is crazy” because the police got both of us, and they were listening to the song.

Did the cop realize?
He wasn’t even tripping. He just wrote the ticket. He was cool. I don’t think he did.

That song was recorded a long time before it was released.
I actually recorded that song like two years prior, because I was in Texas working with the cats that actually produced the beat, Play-N-Skillz. They just told me there’s this dude up there named Chamillionare, he’s up and coming. Then all over the radio I heard he’s hot, and they were like, “He’s a big Bone fan, and he wants to do a song with you.”
When they put it on there was nothing on the song but the hook. I just went there and put my verse down, and I wasn’t expecting to hear nothing about the song. Like two years later, I get a call from Play-N-Skillz saying, “This song is blowing up all over the radio, and we want to shoot a video.” Next thing you know, the song is number one on video and radio. Next thing you know, the song is getting nominated for a Grammy. Next thing you know, we won. So all that came from that song, and I didn’t even know.

Religion and the afterlife have always been major motifs in Bone-Thug-N-Harmony’s discography. What is the meaning behind the album title Chasing The Devil ?
After being in the entertainment business for so long, you start to realize that a lot of the people in it are on a never-ending pursuit of false happiness, in the form of materialism, fame, and fortune. Especially working in the music industry you see people making all kinds of ethical sacrifices in order to keep up the facade.

Is this meant to be a religious album at face value?
This album is meant to reflect reality. It is reality music and I’m just trying to tell it how it is through my own experience. I definitely believe in the bible, and knowing how I came up & where I came from I believe that I am able to relay messages to people who wouldn’t normally listen.

What else are you hoping to get across with this project?
This is my last album. I’m trying to go out a limb to warn people about the entertainment business so that they can avoid the pitfalls. It is a very tricky industry with a lot of crooks and false promises, but a lot of people don’t realize it until it’s too late. Instead, kids listen to albums full of all these empty messages. I’m just trying to make something that can give back to the industry and my fans.

Is this really your final project?
It is a three volume album so this is just the first edition. After this, we (BTNH) are going to focus on delivering the final Bone-Thugs-N-Harmony anniversary album. We all want to do more than music so we figured now is the time to focus on other ventures and expand on our legacy. It’s been 25 years so we’ve basically said all we had to say. I want to take a backseat and try my hand at other things. 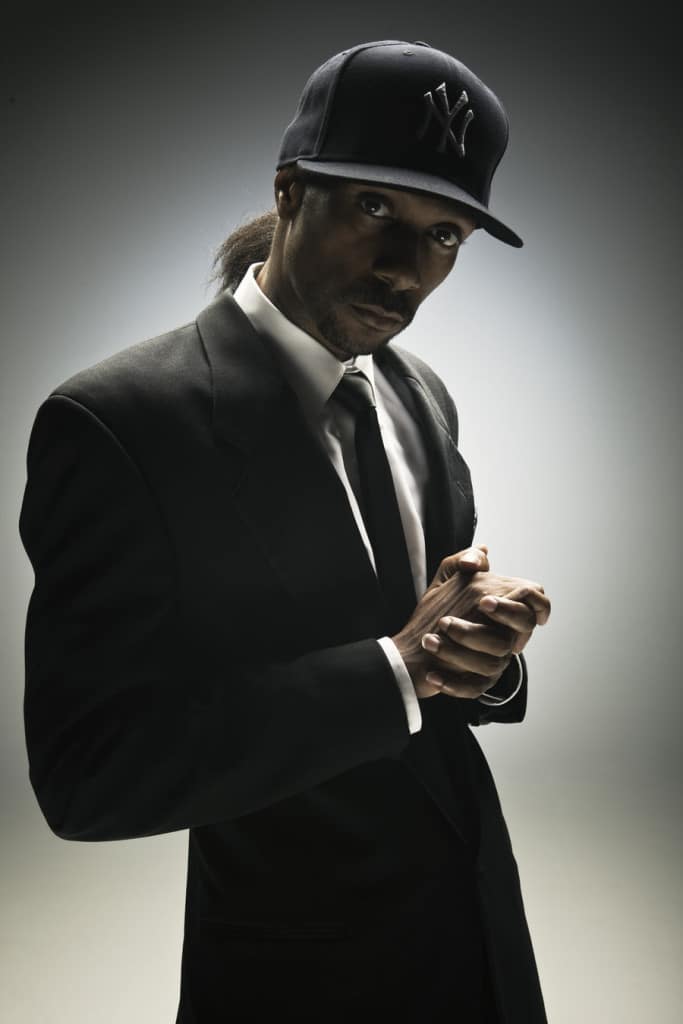 How do you think your sound has evolved? Have you ever feel a need to adapt to the current trends?
Nah, I have never felt the need to adapt to the current trends because we are and have always have been trendsetters since day one. We have always been outcasts who experimented with flows and melody. I don’t like blending in. But we have always stayed true and have been consistent. We created our lane and never felt like we had to copy anyone. Bone Thugs N Harmony paved the way for all of these singer/rapper cats today.

What are your thoughts on the current hip-hop scene?
It is what it is, I mean I like some of the stuff I hear, I’m not crazy about a lot of it but it is what it is. Hip-hop is always evolving so it’s never going to be like how it was back in the day, and that is a good thing, regardless of whether I like it or not.

Any words of advice for those trying to get into the music business?
My words would be to really sit back and consider whether you really want to get into this business, because the music business is 10% music and 90% business. Take the time to understand the inner-workings, really know what you are signing before you sign anything and make sure that the numbers make sense. You may toil for a while before you can make it into the big leagues, so be ready for the grind.