With his love for music tracing way back to an early age by dabbling with various instruments and then moving on to develop a passion for record collecting, Trus’me found his calling after learning the art of mixing and sample digging. Surrounded by the heads of Manchester and its deep rooted music scene, one couldn’t deny that it was an effortless task to be exposed to good music from all genres, thus explaining his constantly evolving tastes as evident in his eclectic DJ sets as well as in his uniquely, diverse productions.

You come from Jazz, Soul and Hip Hop. How did you get in touch with electronic music in the first place and made you start to create it and not just consume?
Well If we really want to break it down then my musical routes cane from Indie music, Stone Roses, Charlatans that kind of thing. My taste has evolved constantly through out the years from the friends around me to the club I’ve visited. There has always been an underlying element of techno and house in my production but as of late I have wanted to experiment with the more traditional stripped back method of this genre. All music whether created on a drum machine of synth or computer is electronic , unless you are actually playing a hand crafted instrument.

How would you describe your music in a few simple words?
Emotive, sensual and tantric.

I read elsewhere that you even completed a Masters Degree in Business. Were you doing music at the same time? How difficult was it to juggle the two?
Yes, I wanted to make sure I had something to fall back on in case this all didn’t pan out. In the end, its really helped me in running my own label and even myself as an artiste as I learned the key skills in taking a product to market and being successful at it. I’ve always had an entrepreneurial spirit and now that I’ve reached my 30’s, I’m keen to branch out into new things non-musical as well. So I’m truly happy I put myself through those long nights in the club and early mornings in the lecture theater!

And did you ever actually make use of the degree? Did it teach you anything that you implement as a label owner?
I feel it gave me that extra edge as I learnt something different and non-related to music. From the beginning, I had a manager, an agent and a team around me to help with Prime Numbers that I still run today. Most kids when they start out, they want it all but you have to delegate and take a smaller cut of a larger prize than a full cut of diddly-squat. I understood branding, accountings and general business practice, which I believe has helped me in the scene.

Then what led you to found your own label Prime Numbers – what for you defines the label?
The desire to do it my way – being in control of the art, design, concept, production and not only to release music when I want but to support like-minded artistes. The saying is true ‘if you want something done right, just do it yourself’.

What was the motivation to start your own Prime Numbers imprint and what is your aim with the label?
The name Prime Numbers was derived from my favorite mix series at the time ‘Odd Numbers‘ by the infamous ‘Eyes Down’ night here in Manchester. The night presented all kinds of music, from Brazil to Jazz and Techno. Somehow the boys Jon and Kelvin would meld together a coherent night of music, where essentially they would just play in their words ‘prime cuts’.
So there, you now know both my main inspiration as a DJ and my ethos for the label selecting only Prime Numbers. Later we played around with the word Prime in a mathematical sense for each release.

How has technology impacted electronic dance music?
Quantity breeds in most cases a lack of quality. Technology enables the enthusiast rather than the dedicated to succeed today. Having said that, today’s musical technology has opened up many new sounds—but to be honest I prefer music made the traditional way. In music, everybody has their own opinion.

Share with us your thoughts on the current electronic music landscape.
It’s random as hell! Those who are talented and creative seem to have to stand on the touchline while those who are loud and brash help themselves to “match day shirts.” Again that’s life and happens in any business. Money breeds money.

What was the funniest thing ever occurred during any of your performances?
I once played at Cookies Berlin after a horrendous tour schedule, I thought to myself I’ll just rest my head for one second on my record bag. Next I was awakened to a booing crowd and an angry promoter wondering why on earth I was asleep head down in my record bag.

As a musician, do you still have goals and dreams? Or have you achieved most of these at this stage?
Not by a long shot, there are so many more genres I would like to work and expand my mind on. I would love to experiment with more electronic sounds as well as pop and more techno of course. From my point of view I don’t feel like I have even touched the surface, there is so much I want to learn and this is where I continue to get my passion. 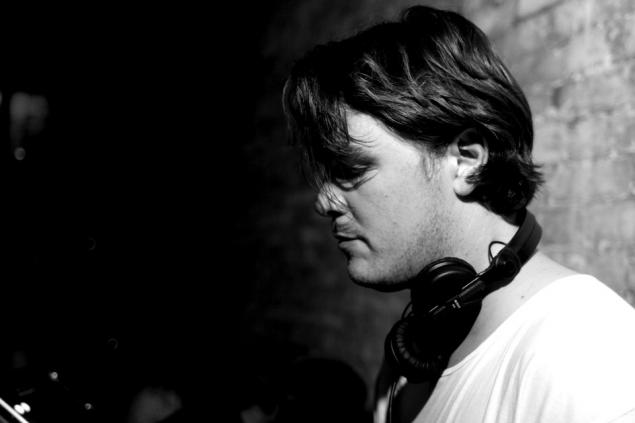