Daley Padley, better known as Hot Since 82, was born in—you guessed it—1982. From his humble point-of-view, Padley believes that he got his break simply by being in the right place at the right time. Padley believes the current dance music scene can be viewed as a massive tree: mainstream electronic music representing the thick trunk, and the branches representing dance’s sub-genres. In the past year, enough North Americans have traveled up the proverbial EDM trunk that demand for leafy underground beats blossomed, pushing Hot Since 82 to the forefront of a new wave of deep house producers.

Tell us a bit about what you do, who you are and your background – how you got started etc…
So lm Daley Padley other wise known in the dance industry as Hot Since 82. My back ground has always been music, lve been playing since l was 17 so around 12 years and producing music since 2004.
I started playing in local bars etc in my hometown of sunny Barnsley in Yorkshire, and progressing to the stage lm at now. Im into all sounds of electronic music, from house to techno. Guy gerber & M.A.N.D.Y are among my fave producers.

How would you describe the Hot Since 82 sound for anyone who hasn’t perhaps heard it?
It’s peak time, it’s melodic, sometimes stripped back, I dunno it doesn’t have any boundaries, I mean I’m nominated for tech house but some may call it techno, tech house or even house, there’s elements of it all thrown in there because I like all genres. I’m a fan of it all and I try and take influence from everything. Throw it in a pot, mix it all around and whip it out, if that gives you a genre!? It’s all music! 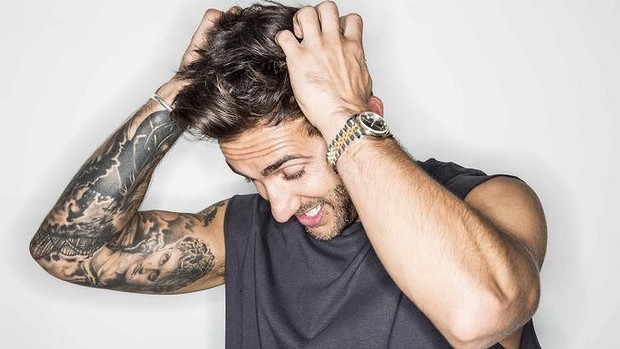 In 2011 you changed your DJ name from your actual name Daley Padley to Hot Since 82. Why?
I just had a few years out, l guess, to discover myself and enjoy myself. I was still clubbing heavily and still collecting music. It’s one thing that l will never stop doing. It’s the most important passion in my world.
I had a new sound and a new record and HS82 was born. I can’t stress enough how natural this change and progression has been. I strongly believe that everything happens for a reason. Maybe l was sent here to make people smile and dance. I like the idea of that.

If you could travel back in time to 1982, what would you do?
This would be a dream. My decade is the 80’s. I would like to be in California watching movies, collecting Star Wars toys and being an all out 80’s geek.

As a ‘90s teenager, would you say you were heavily influenced by the explosion of Acid House or were there other genres that got you interested in house?
Acid House was a big deal for me, people just hadn’t heard anything like it before and it was happening all around us plus you’d hear stories of the older kids going to illegal raves – exciting times! Hip hop was also huge for me; I would stay up watching Yo MTV raps, Wu Tang, Biggie & 2Pac. I used to love all that stuff, and still do to be fair.

Why house [music]? What was that defining moment 8 to 12 years ago that made you say “I want to make house music?”
Well, I mean I’ve been into dance music since I was 8 or 9 years old, house has always been really precedent in the UK. There’s a lot of history as well there especially with the acid house in the early 80’s, and my older brother was into house as well so it’s something that I always grew up around– it’s just been a natural thing I’ve always been into; just dance music in general. It’s just that I prefer house, it’s a lot slower and lighter, people are groovier and stuff; so then I started dj-ing in 1999/2000 and just chose house.

Comparing the development of the sounds [of music] when you started to now, how do you feel technology has changed your sound or approach: now compared to then?
Obviously it’s changed massively, I mean for me the most apparent thing is from vinyl to digital format. I think it’s a lot more accessible for people now but I THINK it’s made – I know this may sound a little silly in a way- but it’s made dj-ing a little bit harder…. in the sense that you have too much music at your disposal. I plug the USBs into the desk and there’s just too much music… you’re constantly juggling through folders to find tracks. So the digital format changed me the most. I can’t say I still do spin vinyl; I do take it if I spin some gigs like Space Ibiza or something where I know the decks are serviced I’ll take the vinyl there.

Do you have a specific production style or pattern that you typically follow? Where do you start?
Everything has worked around a pattern. Typically I put the drums in first and I’ve always done this for years. To get inspiration you need to set the atmosphere and then start adding elements one by one.

In your opinion, what are the ingredients of a memorable DJ set? Best one you’ve ever seen?
It’s tricky because there are so many elements and different things can make it a great set. I love playing 4-5 hour sets – that’s when I really cut loose and it becomes something special.

What is your essential piece of live equipment?
A dancefloor

According to Wikipedia, the source of every credible truth, you are a self-avowed romantic. You got us very curious there, could you please give us some real life examples?
Hahaha, l saw this too. This makes me laugh. I’m partial to a rom-com, of course we all are. As far as stories go, that’s my personal life and a real man doesn’t tell. 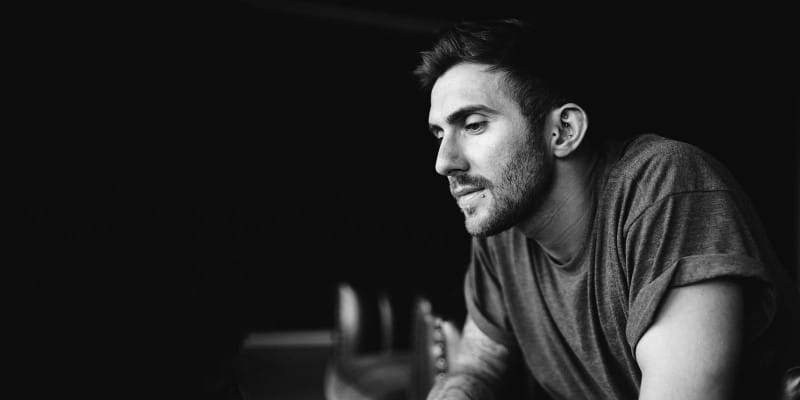