Born as a farmer’s daughter in Thailand’s poor Isaan province, nobody expected that this cute little girl would change the music scene of her country, as NAKADIA most certainly has done. Earlier this year she moved to Berlin on a 2-year artist visa and finally she had many free weekdays to spend at the studio. Today, with her home base in Berlin, Nakadia has become THE Asian face on the Europan DJ scene. We had the opportunity to talk to her to talk about her career.

You were born in rural Thailand. Where exactly?
I was born at Ban Mai in Nakhon Ratchasima. I grew up there and my family still lives there. I have moved into the center Korat when I was 15 years old. I lived there alone, worked and studied.

You moved from Thailand to Berlin, Germany. What made you decide to move?
Berlin is the capital of electronic music. There is no other city that has as much artists, DJs, produceers, clubs, parties and events as Berlin. DJ, producer and artist from all over the world settle down in Berlin. People of many different nationalities live together here in harmony. The decision to move here was the best decision I ever made.

How did you started as DJ & producer?
In 2002 I was invited to Europe by a friend and went to a techno club for the first time. When I saw a girl playing and rocking the crowd I just knew that this was what I wanted for my life and I took equipment and some vinyl back to Thailand and started practicing. It was very hard because I had no inspiration in the area where I lived. No electronic music at all. It took a long time for me to get started. As a producer it took even longer. I worked on a few tracks with several producer friends during 2004 and 2005, but my real studio work just started around 2010. And still now I don’t feel like a producer – I just learn and try, but I am still a DJ that is working on productions, I would not call myself producer yet.

Currently, you live in Berlin. Can you tell us why did you choose particularly Berlin as the city you want to live and work and how did that affect your DJ career?
I came to Berlin many times between 2003 and 2010, played some great events there and got to know the club scene. I was so impressed with the city. It gives inspiration, it connects with artists from around the world, it hosts the greatest labels, studios and music companies – Berlin has it all. But the biggest boost for my career was the invitation to move to Berlin by the city in 2010. Berlin issued an artist resident permit for me, so I could stay in Europe permanently. The problems with the visa were getting so bad that it would have been impossible to keep touring Europe with the Schengen visa.

In your opinion as an expat living in Germany, why is Berlin so different than other cities in Europe and what makes Berlin’s club scene so special? Which are your favourite venues and events in Berlin?
Since the fall of the wall, Berlin developed to a paradise for clubbers. The fall of the wall came at the same time with the start of the techno movement. Berlin promoters had the chance to find hundreds of unused buildings in the heart of the city – take them and make parties in them – parties without closing times! This developed a unique clubbing situation. Later the love parade brought millions of party people from all over the world to Berlin and once they discovered this Berlin scene it developed the city into what it is today: The main destination for music lovers from around the world. Berlin was lucky that it had a political leadership that understood the unique situation and supported the party scene. This is the problem in most other cities – the struggle between promoters and authorities. My favourite Berlin club is still Panorama bar on Sunday evening.

What kind of music you usually play on your gigs? In your opinions which are the most popular electronic music genres right now? What do you think we can expect from electronic music, DJs and producers in the near future?
I love electronic music that is produced with love for the music and that I can feel. It doesn’t matter what genre it is. Sure, my music is always somewhere between Deep House, Tech House and Techno – but I don’t like to label my music by genres. Currently most genres also cross over and it’s hard to define the differences. The music always develops and new hypes come and go. Some years ago we had the minimal boom and the past year Deep House was the “hit” genre. I don’t follow these trends. The music must fit the situation, the dance floor and the feeling of the moment. I believe Techno and House are the two “mother”-genres and will keep morphing into sub-genres all the time. I am Techno and I believe Techno will stay around, sometimes softer, sometimes harder, sometimes more melodic and other times more minimal. As long as we keep an open mind, we will experience great musical moments over the next years.

Being a female in electronic music business makes your career easier or heavier? Why?
As a girl it is really easy to make a career if you play commercial music. The commercial clubs love to book sexy girls – as long as they play hits, all is good. For a girl in the “cool” scene it’s much harder. First of all you always will be doubted. You have to prove yourself over and over again. I think in my case it was even harder because I am from Thailand. Nobody believed a Thai girl could play better music than a guy from the UK – for example. Some industry people today still believe the quality of your music has something to do with your origin or your gender. Both origin and gender have nothing to do with the feeling and understanding of music. A great DJ today can come form any corner of the world. And I come from Khonburi. 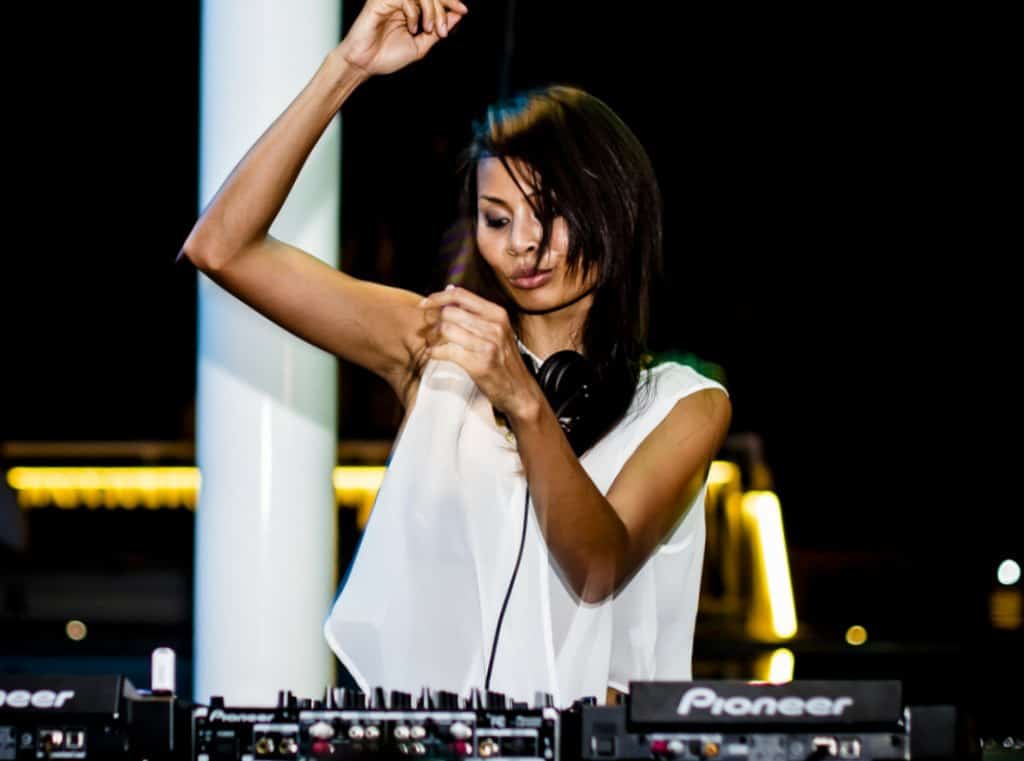 Your thoughts on your audiences?
From my experience in playing in many foreign locations, I think each crowd is different. People, who come to my concerts have only one purpose, which is to enjoy my music and have fun. There are no commercials in this kind of music like “Deep House”, “Tech House” and “Techno”. The audience expects to be surprised by my music. It wants to listen to music that it hasn’t heard before elsewhere. The same thing applies to me. When I buy new music, I want to be surprised as well. Sometimes, I don’t even remember the titles, but I like to mix fresh tunes that surprise me.

Where do you see yourself in future?
I can see many great events and lots of flights coming up. I still have many dreams: Playing Time Warp, DC-10, Cocoon… lot’s of things to achieve over the next years. But at the moment I enjoy every day on my way from one goal to the next.

Before we end this interview, lets shoutout to your fans out there & to our readers too.
To all of you who made it to this part of the story… thank you so much for taking your time to find out more about me. I hope to see you on a dancefloor near you at some time. If you see a crazy girl in the DJ both some day… it may be me 😉