If ever there was an artist who doesn’t need an introduction, it would be the man known to music lovers the world over simply as El Maestro. Throughout his rise through the ranks to become one of the best-known and -loved artists that the underground scene has ever produced, the name Hernán Cattáneo has become synonymous with dedication, passion and an unwavering commitment to championing a unique quality of music that is hard to define, but instantly recognisable as his signature sound.

You have had an extremely long career in dance music Hernan, many new adherents of dance music aren’t familiar with your early career. What are some aspects of the early days do you miss?
I think each time has its own ups & downs. Back in the day there were fewer DJs and less music, so a lot smaller scene, more romantic approach to the music and the DJ career. Now there are DJs in every corner, free music for everybody and if you are lazy even a sync button that will mix for you! You shouldn’t compare them anyway different times completely.

You get an insane amount of demos on a daily basis – do you ever discover music any other way? If so, how?
Every DJ is always thinking about music, about finding “that” new track that will get the room to go ‘boom’! So of course, you look at all possible ways to get new stuff. I get hundreds of links a day, and then there are promo companies, record stores, Beatport, iTunes, and of course pen drives handed to me at every gig around the world! 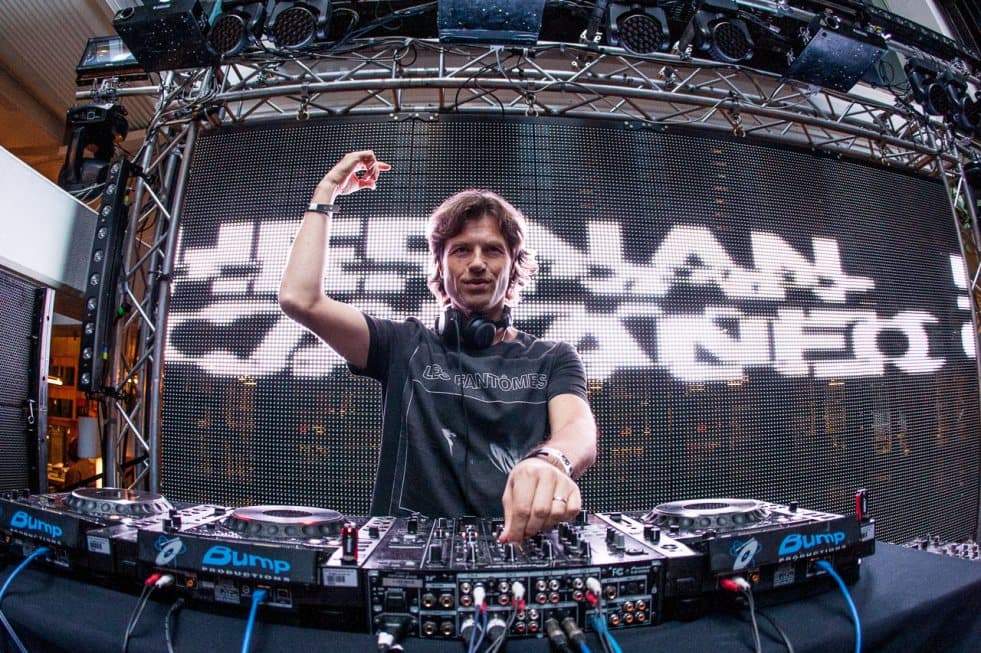 You’ve stayed true to a very consistent style over the years – how would you describe the Hernán Cattáneo sound, and what are the key elements and influences that bring it to life?
Since I was very little I’ve always liked melodies, deep, emotional, hypnotic stuff; I’ve never been into just one musical style, but always into those elements.
I always say that within my sets, you can find a wide variety of sounds like deep stuff, tech house, traditional prog, melodic techno, everything really; but what I consider to be most important is how to create a coherent musical mix that makes sense whilst containing all of those different-sounding tracks within one 4 hour set.
When it comes to staying true & consistent, firstly, I do that because this is what I like, regardless of whether more or less people will like it. Secondly – and very importantly – nobody is going to respect you if you change styles with every trend. You will most likely disappoint your followers and lose 75% of them, so it’s better to be honest and stick to what you like – and that’s probably also what you do best.

You’re renowned in the industry for consistently championing and supporting up and coming artists – with it being harder than ever these days for musicians to break through and get noticed, what’s your advice to those trying to make it big?
The DJ scene has changed a lot in the last 15 years, but one thing remains the same: personality is crucial. You must have your own musical identity, and try hard to be a leader rather than copying anyone else. So many DJs and producers just copy what they like and whatever happens to be successful at a certain moment, and that’s never the right way. If you think about the really big pro DJs worldwide, they all have that unique quality; people need to hear your mix or track and know it’s yours because of the way you sound.

How do you define success in the music industry in 2015? Is success important to you – what are you always looking to achieve with your music and your career?
Success is only important until you have it, then it’s like a prize that you put somewhere in your house. It can be a shortsighted thing to focus on; I believe in the long-term, in building an extended career and a good global fanbase. This scene is very trend-orientated, and that can be very tricky. You think you’ve made it, and then the trend passes and only very few remain with their heads above water – you see it happen all the time.

You’ve said before that you consider EDM and the popularisation of dance music to have been a positive force for all genres. However, now it’s arguably technology that presents both the biggest threat and the biggest opportunity for the industry – what do you make of the current debates around streaming, royalties and transparency? What impact do you think that that the shift from sales to streaming will have on dance music?
There was a very interesting article on this subject some days ago by David Byrne where he was saying that the problem is not streaming, but the lack of transparency around the ways in which labels and streaming services handle the process. All the money that artists lose because of that lack of transparency seems to show that unfortunately things haven’t changed much in the arena of artists vs. record labels (and now streaming services – or even Beatport, in the case of DJs).
It’s always been the same; artists being ripped off, and nobody really being able to change that.
I think that a good start would be something like an artist strike. For example, what would have happened if Apple hadn’t been confronted about the free trial issue? They would not have paid up, but they were challenged, and then they had to change their approach and agree to pay labels and artists. Why then don’t bigger artists do more to challenge and solve bigger issues like transparency, streaming payouts and so on?

Let’s talking about your label, Sudbeat. You’ve previously stated that your aim when starting the label was to promote new artists, and to give them a platform to showcase their music. With the increasing prevalence of social media and direct to fan platforms, what do you consider to be the role of a label in breaking an artist these days?
Our aim with Sudbeat is still the same as it’s always been; to push new artists and sometimes the established ones that we really like. We are really music curators.
And in that regard, I think labels are more important now than ever before, because with the insane amount of music released every month, DJs have an ever-increasing need for someone whom they can trust to choose relevant music for them. I don’t mean to pick the tracks for them, but to give them only the music that’s exactly at the right level for them.
Only about 10% of the music being made right now is actually worthy of a release, and so a label’s role is to become the perfect tool to filter the quantity with quality. If labels are consistent, people come to trust their judgement, and let them offer up really interesting music – in the same way that 15 years ago, DJs used to go to their favourite record store and trust the taste of their preferred sales guy. 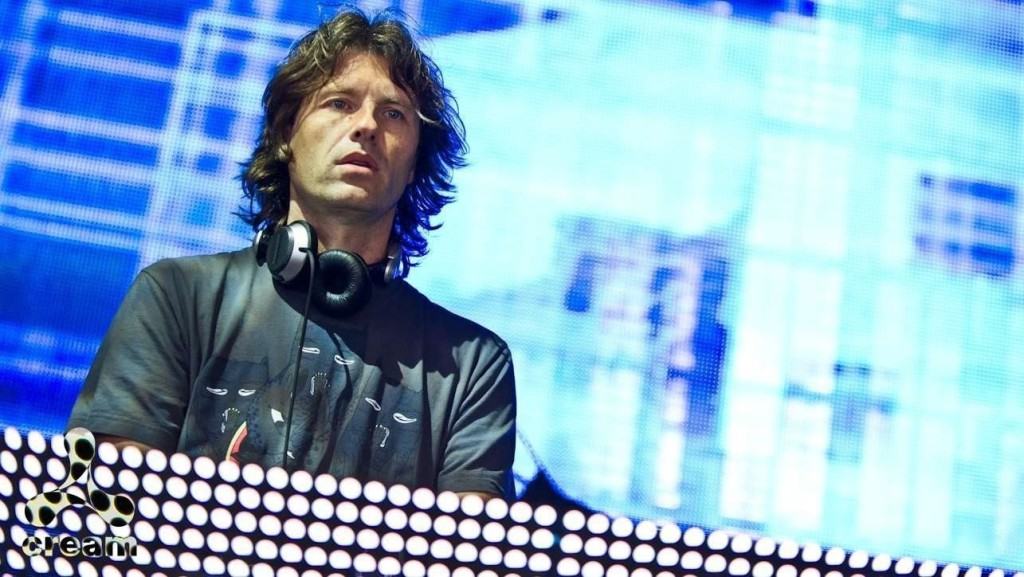 How do you define the Sudbeat sound, and how do you go about selecting and signing releases?
Musically, Sudbeat is an extension of what I do, so we usually look for tracks that bring groove, melodies and emotions, and sometimes a bit of a darker side too. Never too hard or too fast. And we only sign stuff that we would play in our sets.
As I said in the previous answer, Sudbeat is like a trademark of a certain sound, and our followers know what they are going to get – in the same way that my fans know what I play in clubs. I don’t think it would be interesting for anyone if we were to release music that we wouldn’t then support in our own shows.
As for selecting & signing? Well, DJs have all worked as A&R people since day one of our careers, even without having labels. I get hundreds of links everyday from producers around the world, so I can filter them for the label in the same way as I do for my DJ sets or radio show. Then Graziano and I discuss with each other back and forth, until we both agree on the releases that we will put out. I can test tracks on a weekly basis at some of the top clubs in the world, and of course that’s a great advantage when it comes to picking the right stuff!

What does the future hold for the label?
The main idea is to grow slowly, to expand and improve in all aspects of our music, and to become a better platform through which to push producers from all over the world. The showcase on Friday at Ministry is a good example of the things that we would like to do more often – and London is a perfect place for that.
Before we started, the idea was to promote only South American artists, but then we decided that with so many great musicians worldwide, it would be a shame to leave anybody out!

Last question, if you were only allowed to DJ or Produce not both. Which would you pick and why?
DJ, no question.