Dyro’s journey to the upper ranks of the electronic music scenes marks him out amongst his peers as one of the most talented artists to have emerged from the new generation of Dutch house artists currently taking over the industry. Crowned #27 in the DJ Mag Top 100 Poll 2014, a feat he repeated in 2015 confirming his strong, stable output, the last few years have seen this enigmatic young DJ come of age as he continues to take the world by storm! Describe your early musical background. What got you into producing, and when did you produce your first track?

Since I can remember, I’ve always been interested in music and the process of making it. A few years ago I downloaded FL Studio. I knew right away that this was what I wanted to do, but I’m also a realist. I knew my tracks would sound like crap at first, so I was producing tracks without actually putting anything out, until I reached a level I was happy with.

Were your parents supportive of your decision to drop out of school and be a DJ?

Well you know how parents are…they’d rather you have a secure future then something that’s really unsecure so of course they’d rather have me finish my school then be a DJ. But they were fine with anything as long as I finished my school. I started touring when I was in my exam year so at first I would miss every single class and I would just fly in to do my exams, fly out again, fly back for my midterms and fly out. Obviously I failed at first and then they tried to tell me I had to redo a whole school year. I was like ‘no I’m not doing that’ and then they told me I could do it in one month. I redid everything, got my degree and bounced. My parents are really supportive now obviously, but they just wanted me to be secure for the future. 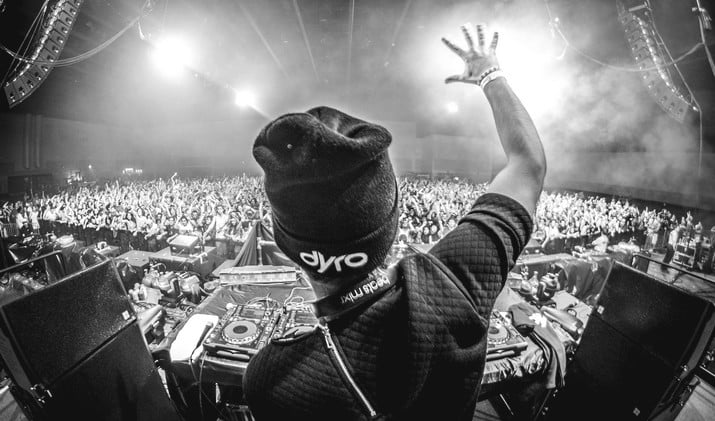 What did you get your degree in?

Would you ever do something in engineering?

No, it was cool to study. It was more designed base engineering and pretty creative but I don’t think I would. I would have done something with it if I wasn’t a DJ, but you know.

You started your own label, WOLV. How did that come about?

It was always one of my goals. When I started with this whole DJ, music thing, which wasn’t really a choice, I just grew into it. Early in 2014, I took a few months off because I was a bit overworked, and just spent a lot of time in the studio and realized the music I was making wasn’t making me happy anymore. It was more about what the fans want and was more of a game of expectations rather than doing what you love. So I just dropped everything I was doing and started my label, something completely different. It was kind of a step back at first, because I wasn’t touring with Hardwell anymore, because it wasn’t my sound anymore. It was a decision. But right now, I am happy that I made that decision because it’s making me a lot happier in the end.

Hardwell has been a big supporter of you throughout your career so far. What does that mean to you as an artist?

He taught me a lot as a DJ. When he first picked me up I was only producing, and after he started releasing my songs on his label he suggested I learn how to DJ. I actually played at one of the first Revealed label nights in Miami, which was my first gig ever, two years ago during WMC. Dannic has been a big help to me, too.

You’ve really been globetrotting. What are your favorite venues and what are the main differences between crowds from around the world?

I would never pick one club over another, but I recently did a show in Cologne, Germany at a club called Bootshous. That club is really dirty and gritty; it’s like a warehouse. The energy is insane, it’s so much fun. It’s probably the most energy you will see in all of Europe. That’s definitely one of my favorite ones, but there are also all sorts of clubs around the States that are really cool. I cant’ really pick one.

And when you’re traveling, do you cater your sets to the crowd or is it a free-for-all.

There’s a difference between playing a club show and a festival because if you’re playing a festival, there are so many more eyes pointed at you. There are thousands of people watching so there’s more on the line. You put a little more preparation into it and you kind of know more or less what you’re going to play. You can play your new songs and do mash-ups there, and just make sure you have the newest, freshest music. Also, the crowd is more international with a festival, whereas a club is usually filled with people from that specific city. It’s impossible to know exactly what people in that city like, so if you go to a club, you just have a collection of a couple hundred songs that you might play and just see how they react.

So when you’re playing a crowd, is there a certain line you have to walk between playing crowd-pleasers and more experimental material?

To be honest, I don’t really play a lot of crowd-pleasers if I don’t like them. I used to, but it’s just not fun for me. I want to have fun too, and obviously the crowd is first but I just can’t stand playing the stuff that everyone else is playing. If you’re playing crowd-pleasers, everybody else is doing it, so how are you going to differentiate from everybody else you know? It’s actually been really good because it’s really stressful (I used to have it and everyone has it at some point) when you hear the DJ before you playing about half of the songs you’re about to play if you’re playing a crowd-pleaser set. The way I’m playing lately, I never have to worry about that so it’s been really good for me as well.

I can imagine that’d be pretty nice.

Yeah, I have a weird taste so that probably works in my benefit too. Yeah, I was listening to a few of your sets and they’re pretty aggressive which is sick. How do you get all the energy and translate it into you’re live show? A.K.A What’s your pre-show pump up?

Wow. I’ve never really been a stage person so I kind of had to grow into it. There’s kind of a mask you put on, and you’re basically a persona on the stage. It gets kind of weird sometimes, but it’s just how it works. You have to be energetic and you have to be happy because that’s what people want to see you as. If there are friends and other DJs backstage, that works in your advantage too… 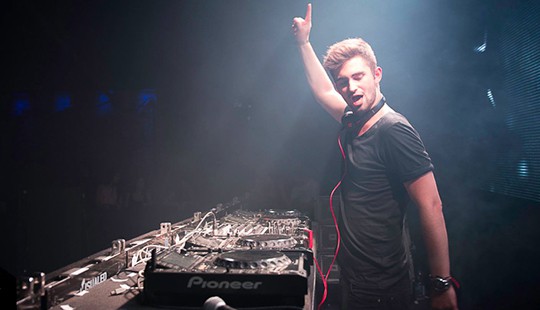 And how would you describe your onstage persona?

I don’t know, I just try and give the most energy that people deserve and try to be the best always. Well, maybe not the “best” but the best I can be.

You’ve had quite a quick risk to the top, but altough it might seem to some like an easy ride, we’re guessing there’s been some tough moments?

It’s such a big change. One year you’re a student at school who makes music as a hobby, the next you’re touring the world. It’s pretty tough being away from home so much. But in the end, it’s all worth it–this is the only thing I want to do, and I really enjoy it. I feel things are getting much bigger at the moment. You see things like SFX teaming up with Simon Cowell for some TV show about DJing, so it’s getting more commercial, but there’s a line between things being too commercial and the sort of thing guys like Hardwell and myself are doing, which is still focused on clubbing.

For your own inspiration, who are the artists that you’re listening to and how are they influencing your style as your music continues to evolve?

Recently, I’ve been listening to a lot of Drum & Bass. That means a lot of what Noisia’s doing and what they’re putting on their radio show. It’s extremely creative. I think that people who really inspire me and who I’d want to get into a studio with are people who I sincerely think I could learn from. I’m thinking Noisia, Kill The Noise (I really love his music), Skrillex obviously, and a bunch more. It’s really hard to remember all the names at the moment, but I also really like what Jauz is doing. It’s insane, I really like his music.

Going off the idea of how it’s difficult for young producers to break into that next level where they start getting a lot of plays, what advice would you give younger artists? I figure you’re probably a good person to ask considering you’re a younger producer yourself and are helping break new artists with WOLV Radio!

It sounds like a generic answer but just stay original and creative. Be you, and be the best version of you. People are focusing way too much on charts and what’s working, and they think if they make a similar song, they will get the same kind of success that another DJ is getting. It might work in the short-term, but in the long-term, what’s going to happen to you when you copy that song in the charts? I prefer the long-path; if someone gave me the opportunity to be #1 tomorrow, I would probably deny it. Where can you go, you know? The only way is down, and people shouldn’t be striving for the quick fix. People want to be really fast and the best, but once you accomplish that there’s nothing else to be accomplished.

So the top is lonely.

It is. So if you really want to be a great producer, do something creative and that nobody else is doing. Be the best at your own sounds. I think that people are looking too much at what everyone else is doing.