The news we have all been waiting for here in Bali has finally dropped.

The official dates, the official venue (Bali’s iconic Potato Head), when the tickets are going on sale and lots more. There has been numerous leaking of information regarding the DJS but as yet not official statement has been made so lets just sit back tight on that one and see what the second round announcement brings to light. 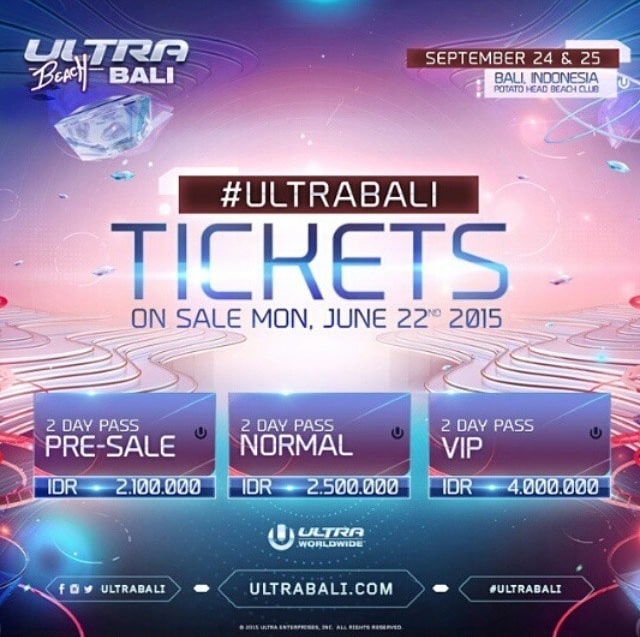 One things for sure Ultra Music is coming to Bali and as the CEO quotes ‘ We’re looking forward to developing Bali as THE exotic party paradise of Asia and Australia. In the same way that Europe has Ibiza & Croatia, North America has Miami and Sound America has Rio De Janerio, we strongly believe that Bali will be the next international party destination, with Ultra worldwide paving the way’ .
To complete experience of ULTRA Bali being the ultimate destination festival in Asia, there will be also exclusive ticket and hotel accommodation packages made available over the coming weeks for fans.
ULTRA Beach Bali looks set to take the breathtaking island by storm, with 10,000 Ultranauts expected to join the party under the Southern Hemisphere sun over two days & mutliple stages this is one show no party enthusiast is going to want to miss.