Yesterday a disturbing image did the rounds on Instagram. It showed a fabled southern Balinese wave – a favourite among the local boys including Marlon Gerber, Lee Wilson and Mikala Jones – a fun looking right peeling off in the frame. The disturbing part? Also visible in the shot is a recent extension of a purportedly legally dubious rock wall/groyne, which juts out into the lineup, potentially damaging/destroying the wave. 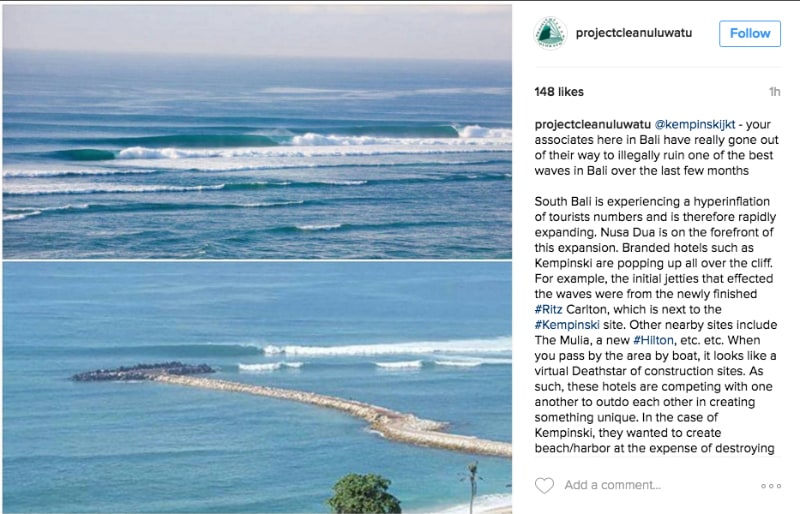 The scale and pace of what many consider to be illegal and corrupt construction taking place along Bali’s southern coastline has long been a bone of contention among the majority of the Balinese community. They despair, as the Island is chipped away and reshaped, becoming unrecognisable before their very eyes.

Looking at the image it seems nothing is immune from the developers, including surf spots.

Tracks contacted long-time Bali correspondant and sharp-shooter Jason Childs to see if he can shed some light on the issue.

“I was just returning from a trip to Sumba last Thursday and I flew right over the Southern tip of Bali,” begins Childsy. “I snapped a few photos through the plane window and it shocked and saddened me to see the large scale of ‘Development’ that is happening in what is in my opinion, the most beautiful part of Bali.” 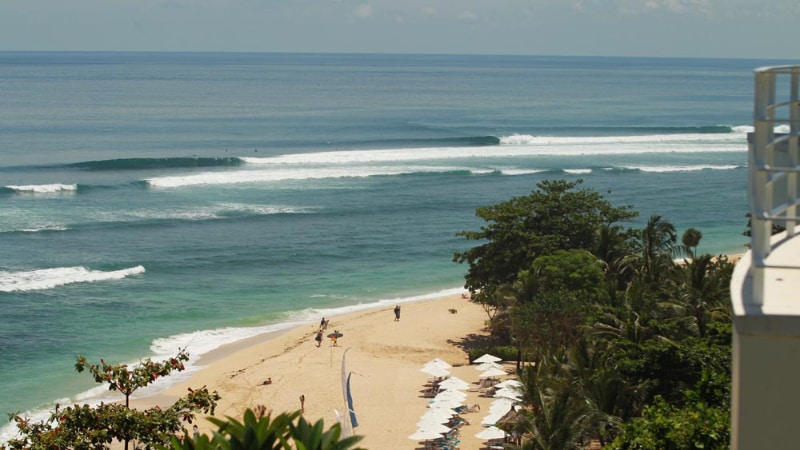 The line-up minus the recent addition. Photo: Childs

When asked about the rock groyne he offers, “I believe it was completed during the wet season, and I guess it snuck under the radar of most surfers living in Bali. It was originally begun a few years ago but extended in the last 6 months. Legal or illegal – Who knows what the laws on this are? This is happening everywhere along the coast of Bali. They are cutting down the cliffs and landscapes and reshaping it everyday!”

The stamping out of Bali’s beauty and culture is far and away the most important issue surrounding the ‘money above all else’ mentality that rules the Indonesian Island’s development process, but as surfers the loss of the waves also hits home. How many more will be lost over the next decade?