Jarre’s first album in over eight years Electronica was conceived with Jarre’s wish to encompass the last few decades of electronic music with the participation of outstanding artists of all generations with whom Jarre feels especially connected with by a common DNA. “It’s like gathering a tribe of friends, people sharing some similar vision to mine” Jean-Michel Jarre. ”

“I had no idea in the beginning if this project was going to work but everybody I contacted said yes. It was also very important to me, to travel physically, to meet the collaborators, to have direct contact and work together properly. .

Jarre’s early peers in John Carpenter and the late Edgar Froese of Tangerine Dream, the collaboration being one of Froese’s last projects before passing away in the January of 2015 are among the albums featured 15 different diverse influential collaborators to later younger cutting edge artists such as Gesaffelstein, Boys Noize, Little Boots and Armin Van Buuren. Revealing the full track-list other notables on the album include Moby, Laurie Anderson, Pete Townshend, Fuck Buttons and Depeche Mode’s Vince Clarke.

“I’ve wanted to tell a story for a while regarding electronic music history from my point of view and experience, from when I started to nowadays,” Jarre says. “So I planned to collaborate with array of artists who are, directly or indirectly, linked to this scene, over the last four decades I’ve been making electronic music. With people I admire for their singular contribution to our genre, that represent a source of inspiration for me but who also have an instantly recognizable sound. At the outset, I had no idea how this project would evolve, but I was delighted that everybody I reached out to accepted my invitation”. Jean-Michel Jarre

Original demos were composed & produced by Jarre specifically for each artist, and they in turn were invited to bring their unique spirit and signature to the recording, while he then completed the project.

For his latest, Jean-Michel Jarre pairs up with Berlin based artist Little Boots to release the next and the sixth single taken from the album, which can be streamed below and also available on iTunes

The Electronica 1 track on which Townsend appears, called Travelator Part 2, is part of a three-part collaboration Jarre plans to release as a separate EP near Christmas.

Jarre says so many people accepted his offer to work together that he had to write more music, enough to release a second volume in the spring. “It was a like a birthday party where you launch invitations, expecting half of the people to come, and they all join the party,” he says.

The challenge for Jarre was to maintain a level of consistency throughout the album which he did so by essentially composing the tracks themselves in order to help maintain his own sound across the wide variety of moods he managed to record.

“The process I used almost systematically with each track on the album involved composing the track with each collaborator in mind. The whole challenge was to arrive with a demo that was convincing, but which also left enough space for the collaborator to work on that track and to change it and add their personality,” he says of the collaborative process.

“It’s not something artificial, it’s not like featuring artists for the sake of it. For every artist, every collaborator in this project, there is a reason why, a reason why in terms of music, in terms of sound, inspiration; this creates the flesh of Electronica,” he states. “My whole life and career as musician is covered on this project through the different styles and facets of electronic music.” Electronica Pt. 2 is slated for a Spring 2016 release. 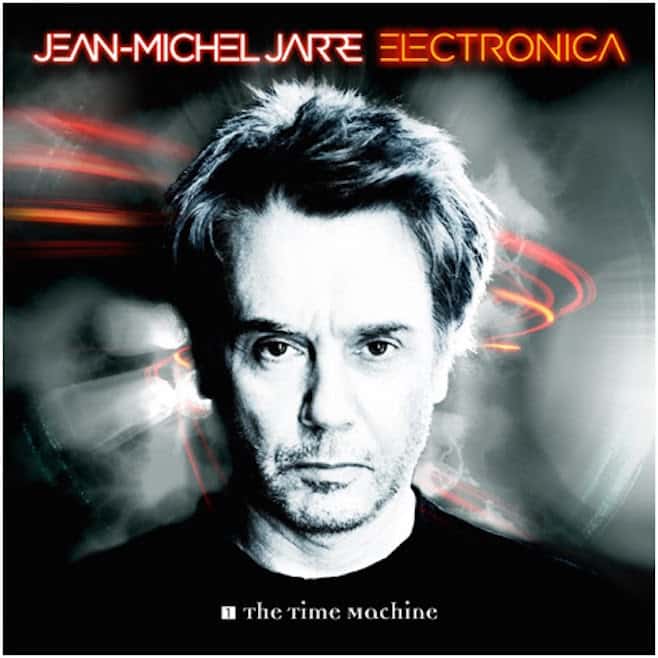 Pre-Order and Listen on i-Tunes

Jean-Michel Jarre took electronic music to new peaks of popularity in the late 70’s and throughout the 80’s and 90s, selling over 80 million albums worldwide. His melodic, instrumental, electronically-driven music is spiritedly fresh today rapturously received wherever it’s played , and his astonishing live shows in iconic sites such as London’s Docklands, the Eiffel Tower and the Pyramids of Giza, were seen by millions. His combination of state-of-the-art sounds and lights to create a thoroughly immersive experience pre-dated today’s huge, technically sophisticated EDM raves.