Peugeot’s partnership integrates SubPac’s tactile bass technology in the new Fractal giving you a ” live” club experience on the go while transferring low frequencies directly to the occupant’s bodies, serving as a full body sound experience.

“Once people physically feel the true impact of music and sound, there is no going back to just hearing it.” 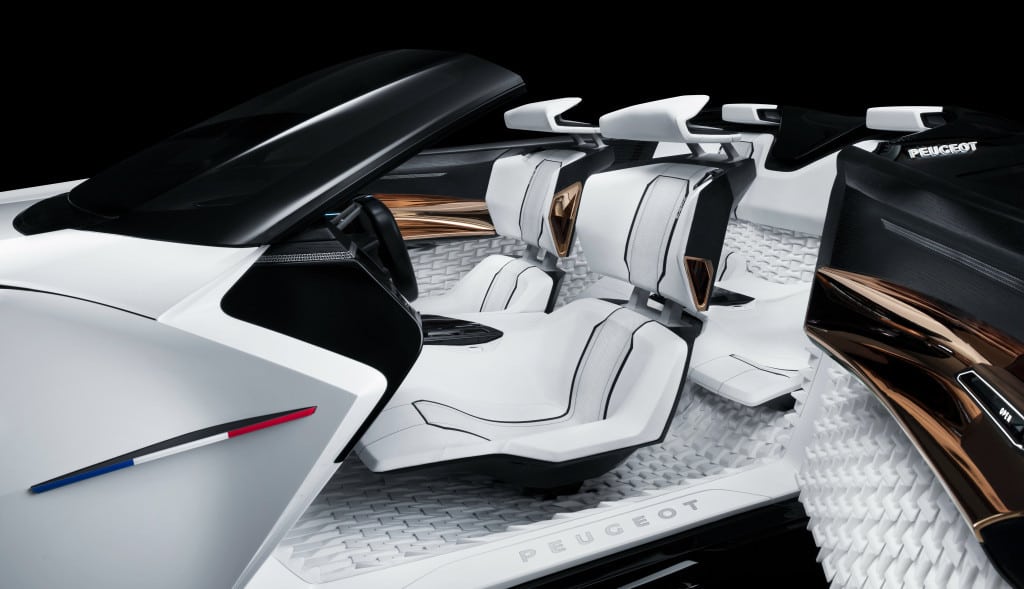 The Peugeot Fractal features a world premiere with SubPac’s two-channel Tactile Bass technology incorporated into the back of each seat,creating a visceral and high-fidelity driving experience. Explaining SubPac more specific the technology allows the bass to travel through a solid medium rather than through the air, meaning the sound waves reach the inner ear through the listener’s body giving the occupant a more intense and exclusive bass experience, enhancing the occupant. 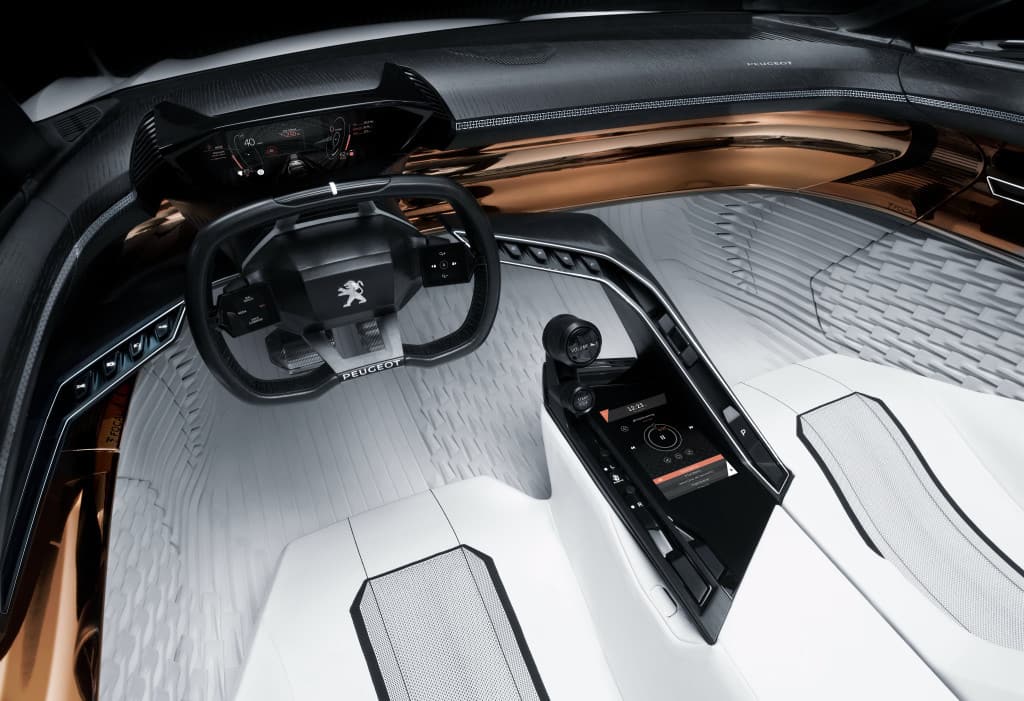 For the driver through the use of acoustics processing information within their vehicle, which demands more and more attention, the enhanced sound interaction makes it easier for the driver to keep their eyes on the road. In addition the spatialization of sound sources are created virtually and their location projected to enhance the information which is conveyed to the driver. This allows the driver to absorb and understand information more effectively and easily, making driving all the more instinctive.

Hearing now takes its rightful place alongside sight and touch, in the French car since people rely on all three of these senses to negotiate their immediate driving environment.

Not only are you shifting gears to epic levels of sound, the electric urban coupé is characterized by 3D-printed interior to 80% of the sleek looking Peugeot Fractal. It doesn’t stop there, in addition it comes with a Samsung Gear S smartwatch remote system and custom loudspeakers by FOCAL. The smartwatch gives the driver one-touch access to open the doors and customize interior features such as the sound system as well as providing information on the status of the battery, charging time, interior temperature and vehicle location.

The sound design of the Peugeot Fractal’s interior and exterior was created by producer and Ninja Tune artist Amon Tobin who produced a multitude of customizable sound palettes. But also giving the Peugeot Fractal a uniqueness the external design alerts road users (pedestrians, cyclists) of its presence by different sounds specific to the vehicle’s status (acceleration, deceleration and cruising speed).

“Music is a central part of the driving experience. Integrating SubPac technology into the automotive world has always been a part of our road-map, and we’re beyond thrilled to be a part of the forward-thinking Peugeot Fractal,” said John Alexiou, SubPac’s CEO. “Once people physically feel the true impact of music and sound, there is no going back to just hearing it.”

9.1.2 is the numerical explanation for the effect of the number of speakers, bass-boxes and other sound systems contained within the vehicle. 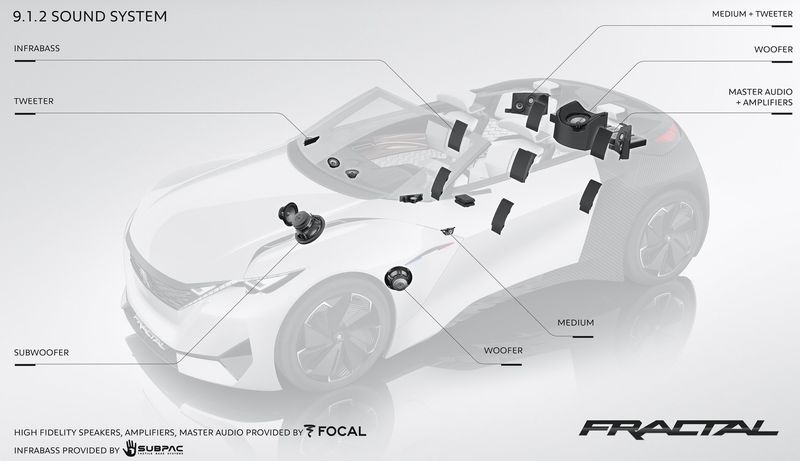 This is the first time that a concept car design has incorporated sound to such an extent. Dont miss it if in Frankfurt, where the technologically advanced Peugeot Fractal concept car, which incorporates SubPac’s tactile bass systems, will be unveiled and on display at the 2015 Frankfurt Auto Show from Sept. 17 through Sept. 27.