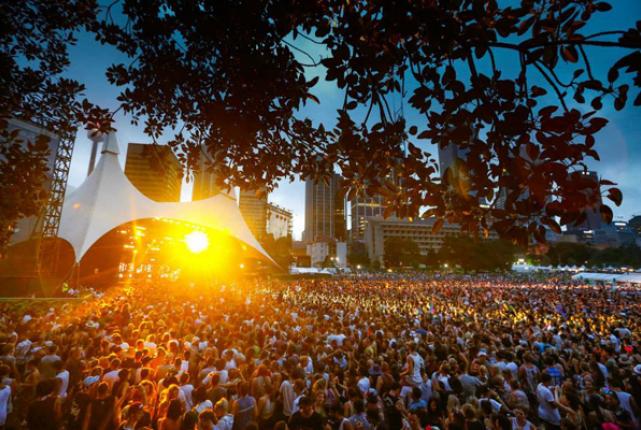 Music festival organisers will come under tougher regulations after a series of drug arrests and overdoses which tainted the celebrations at Field Day Festival at the Domain New Years Day.

Almost 200 people were charged with drug offences at New Year’s Day music festivals around Australia, including at Sydney’s Field Day where 184 were taken in for drug possession and supply. Venting “enough is enough”, N.S.W premier Mr Baird said all festival organisers would be held accountable for “distressing and avoidable” drug-related overdoses after another party-goer came close to dying at the Sydney event.

It follows three drug-related deaths at Sydney music festivals in the past year, including Sydney Sylvia Choi, a 25-year-old pharmacist, who died of an overdose at Stereosonic Music Festival at Olympic Park in November. 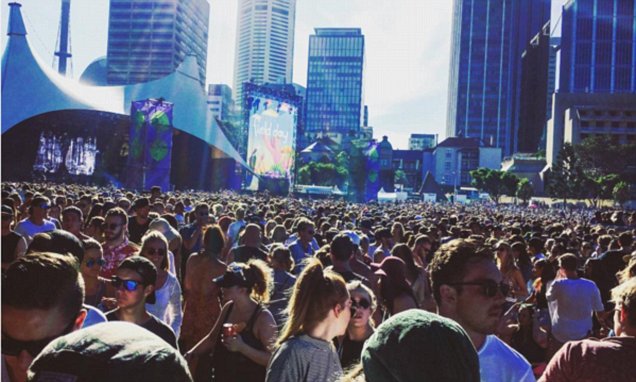 The Premier of New South Wales Mr Baird said he would call on “relevant ministers” to review the current system for issuing permits to organisers of music festivals and demand more extensive screening at entry points.

Declaring “Individuals need to take responsibility for their actions, but so do the organisers of these festivals,” adding “In the light of this latest distressing and avoidable incident, I will be asking the relevant ministers to review the current system of regulating events held on public land, including the system for granting permits for public events such as music festivals.” he told News Corp Australia.

Taking a heavy stance Mr Baird said festival organisers who did not comply with new requirements would be shut down. “If new rules and procedures place additional burdens and costs on organisers, so be it, and we will also examine denying permits to organisers who have not done the right thing in the past,” “Enough is enough. This simply has to stop.”

Sadly in recent times, the combination of music festivals, alcohol and drugs has had devastating and tragic consequences. A study of drug reports by American drug addiction information service Project Know found ecstasy available in Australia is among the most dangerous in the world.

With the obvious health risks associated with taking drugs, recently there has been a call from drug experts, academics and advocates who are pushing for Australia to legalise pill testing and drug checking facilities at music festivals enabling drug users access to more information about the substance they are about to consume.

“Using drugs is never without risk. Using unknown drugs is much riskier. If this continues, more young people will die. It’s as simple as that,” Will Tregonning, from harm reduction group Unharm, told The Huffington Post.

“People are going to use drugs anyway, not knowing what they’re taking. We want to provide that at-risk group of people, already about to use drugs, info about the drugs they’re intending to consume, and give them info around the risks of consuming that substance.”

“With this recent spate of deaths, we need to acknowledge that our laws are failing our children. As my children are growing up, I’m desperate to see laws and safety nets that will potentially save a child’s life instead of letting it go to waste,” he pleaded.

“Pill testing is one tactic in a plethora of tactics to reduce drug-related deaths at festivals. It is not a panacea or silver bullet, but that doesn’t mean we should be apathetic about it… we have lost too may lives in a short period of time. We’re not doing enough.”

Will Tregonning, from harm reduction group Unharm is one of the signatories along with other high representatives in Parliament and members of Drug reforms on an open letter promptly titled a ‘Safer Summer’ to NSW Premier Mike Baird and NSW Police Commissioner Andrew Scipione, pleading for pill testing to be introduced at music festivals.

In part, the letter reads:

Giving additional information to young people who choose to consume drugs allows them to discard drugs that pose an unacceptable risk. This can be done this summer if the NSW Police work with music festival organizers to allow for pill testing at music festivals.

Pill testing does not prove that a drug is safe. However it can identify known unsafe drugs as well as dangerous adulterants. If a drug fails the test it can then be safely discarded in an amnesty bin. Every drug discarded in this manner is a win for the health and safety of young people at music festivals.
Source