On December 28th, 2015 long-time streaming foe, David Lowery, who runs the Trichordist blog and fronts the bands Camper Van Beethoven and Cracker, filed a class-action lawsuit seeking at least $150 million in damages against Spotify. The lawsuit alleges that Spotify knowingly, willingly and unlawfully reproduces and distributes compositions without obtaining mechanical licenses.
Ok, so those are the facts, but what does this mean?

Just for some basic background which will come in handy in a bit:

This is a very important distinction.

Every recording has two copyrights: one for the sound recording and one for the composition. The only way Spotify (and all other streaming services like Apple Music, Rhapsody and Tidal) get music for their service is from distributors. Every label, major or indie, works with distributors. Every unsigned, self-released artist works with a digital distributor (like DistroKid, CD Baby and Tunecore) to get their music to streaming services. 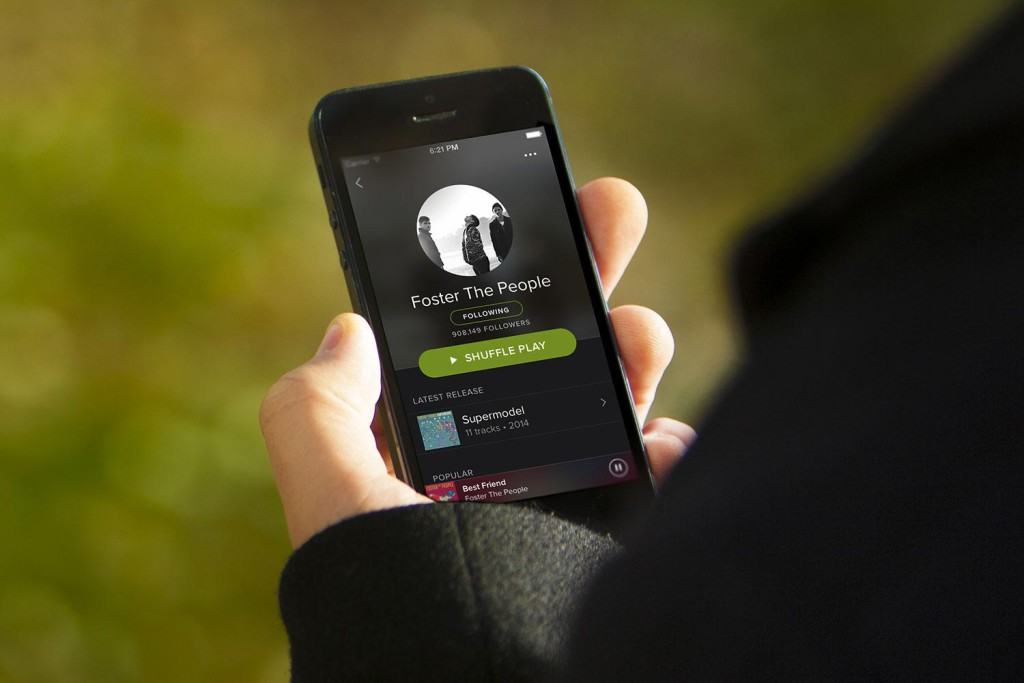 +Want To Know Who The Best Digital Distribution Company Is?

These distributors get paid from Spotify royalties for the sound recording, NOT the composition. Spotify (and all streaming services) worked out the sound recording rates they pay labels and artists (via the distributor) directly. The compulsory royalty rates for compositions, however, are set by the US government. Streaming services, however, don’t have to get permission to use a composition, but they do have to obtain a license for it. A license can either be obtained directly from the publisher or they can send a Notice of Intent (NOI) to the publisher just saying that they intend to use the composition (30 days prior to releasing the song on the service).

If the streaming service doesn’t know who the publisher is, they could send an NOI to the Library of Congress as well. But, from my understanding, no service actually goes that route.
+MAGNIFI – Listening. Listings. Live. All in one place.

But then, of course, the streaming services have to actually pay the mechanical royalties for the composition. Mechanical royalty rates for downloads and sales is simply 9.1 cents per sale.

Anyway, the lawsuit alleges that Spotify not only hasn’t paid all of the mechanical royalties, but that they didn’t obtain the proper licenses either. Meaning, they didn’t negotiate directly with the publishing companies for the mechanical license nor did they send out NOIs either. 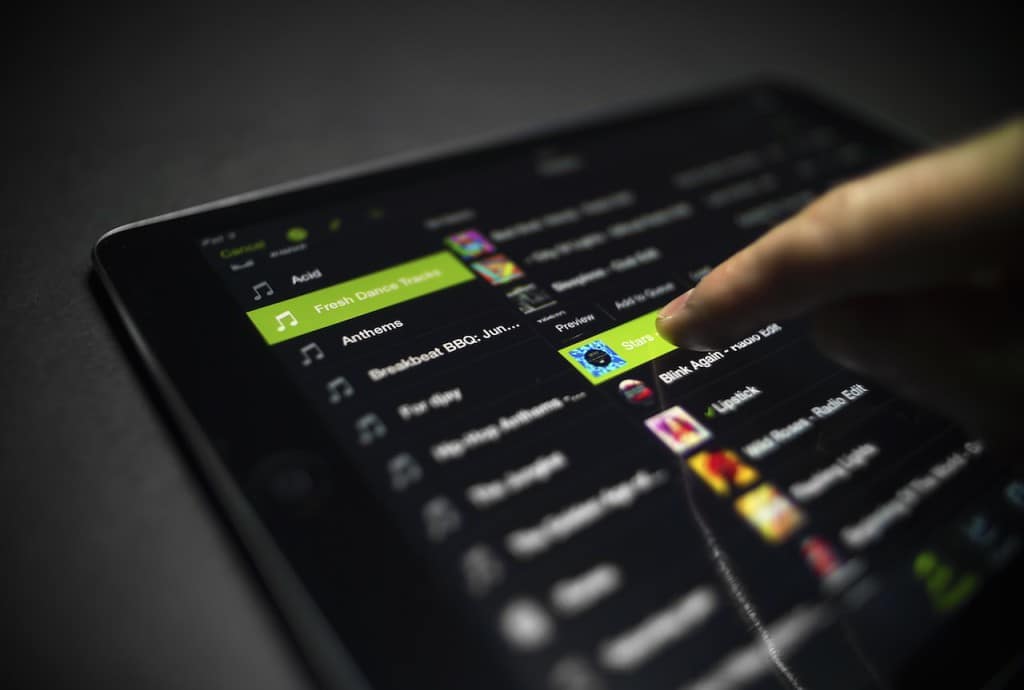 Jeff Price, founder and CEO of digital rights collections company, Audiam, has been dealing with these issues since they began collecting mechanical royalties two years ago. He told me over the phone today:

“I have tried for years to have Spotify sit down with me to help with these problems. I’ve sent them millions of lines of data. I’ve shown them everything and they’ve done nothing.” – Jeff Price, CEO Audiam
Spotify’s global head of communications, Jonathan Prince stated, “We are committed to paying songwriters and publishers every penny. Unfortunately, especially in the United States, the data necessary to confirm the appropriate rightsholders is often missing, wrong, or incomplete. When rightsholders are not immediately clear, we set aside the royalties we owe until we are able to confirm their identities. We are working closely with the National Music Publishers Association to find the best way to correctly pay the royalties we have set aside and we are investing in the resources and technical expertise to build a comprehensive publishing administration system to solve this problem for good.”

Price said that this is a “misleading statement” and is “not accurate.” He said “you don’t need data to know if it’s licensed or not.”

This seems like a war of words and that Spotify is issuing some doublespeak, but let’s break it down what exactly this all means and what’s going on.

The music industry has been battling tech since as far back as Napster in 2000. And, instead of working with tech to solve these problems, they have been fighting big tech, to what I assume, is hope that they’d just go away and we could all get back to the glory days of selling plastic discs for $18.99 again. Completely ignoring progress and the consumer.

Believe me, as an artist and songwriter, I want to get paid all the royalties I’m owed from Spotify (and Apple Music). But I also understand the system, as it is today, is broken.
There aren’t clearly defined villains. Spotify is not the villain. They have just been a bit negligent. Labels and Publishers, we all know, aren’t saints either.
+What If ISP’s Are Responsible For Most Copyright Infringement?!

When Spotify launched in the US in 2011, they tried to launch a streaming version of iTunes. And they thought they could just get the same licenses iTunes had to get. The problem, though, was with US Copyright law which hadn’t caught up with tech. Instead of waiting for the laws to catch up, Spotify got licenses from the labels for the sound recordings, but didn’t get all the licenses for the compositions. Regardless if they know how or not, they didn’t. Period. And that’s illegal.

Apple Music is most likely just as at fault as Spotify is. Apple Music will probably get sued for the exact same infringement once they start making payments and publishers begin auditing their numbers.
On a personal note, I (like Mr. Lowery), represent my own publishing in the US. I don’t have a publishing company. So, technically, Apple Music and Spotify (and everyone else) should have sent me NOIs for my music. My songs are registered with the US Copyright office and with ASCAP (with proper splits). I receive NOIs regularly from Music Reports Inc. (HFA’s competitor), representing a myriad of companies, like Amazon, but I’ve never once received an NOI from HFA, Spotify or Apple Music.

So, Spotify and Apple Music are infringing. Plain and simple.

But I sympathize with them, somewhat.

There is no global music database in existence. There should be one master list which contains every song ever written and every recording ever released with all of the proper data: recording artist, label, distribution company, publishers, all songwriters with correct splits, every backup musician, producer(s), ISRC code, ISWC code, name and addresses of all rights holders, and so on.
+What If ISP’s Are Responsible For Most Copyright Infringement?!

This list doesn’t exist yet. So, yes, it’s tough to track down all of this information. But that’s no excuse.

Spotify (and Apple Music, Tidal and Rhapsody) should require all distributors to provide all metadata for every track they receive.
It’s not as tough for the distributor to require this information from artists and labels as it is for streaming services to track down this data for the millions of songs in their database.

If you search “All Along The Watchtower” on Spotify, hundreds of tracks appear. Only one is actually Bob Dylan, the artist, singing Bob Dylan, the songwriter’s, song. So the hundreds of other releases, by Jimi Hendrix, Dave Matthews Band, Eddie Vedder, Neil Young, and so on, all earn Bob Dylan (the songwriter) a mechanical royalty. But how does Spotify’s data system know that “All Along The Watchtower” by Bobby Womack is the Bob Dylan composition and not a song, by the same name, by a different songwriter? Titles can’t be copyrighted. 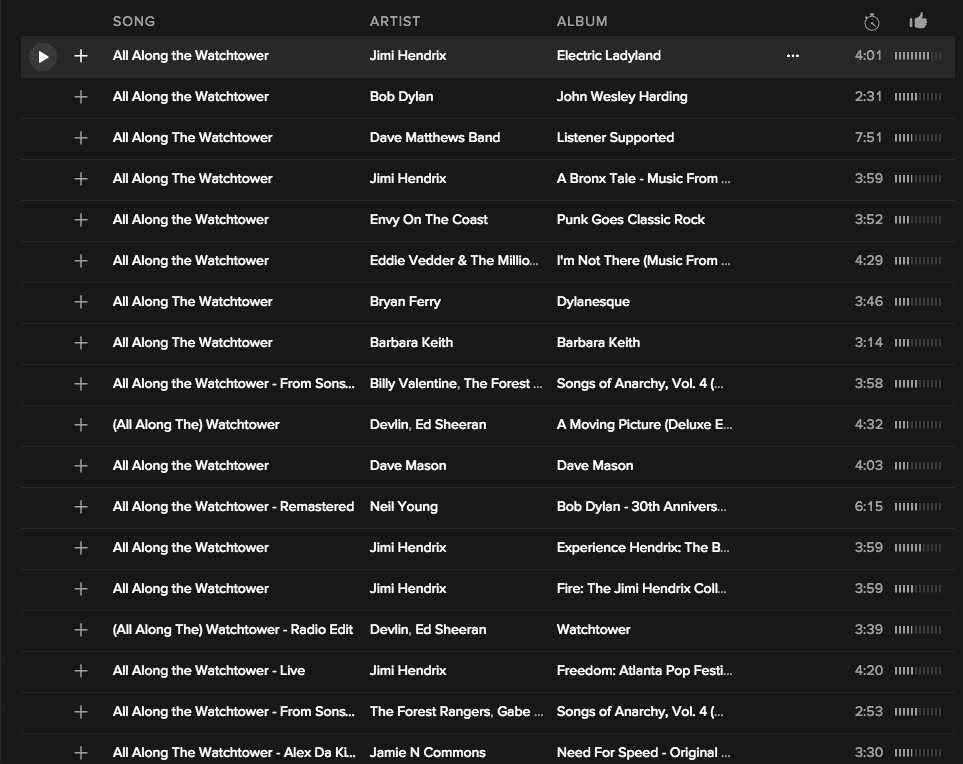 There are a bunch of songs titled “Butterfly,” but how would anyone know that the Jason Mraz “Butterfly” isn’t just a cover of Mariah Carey’s “Butterfly”? Walter Afanasieff co-wrote the Mariah Carey version. So every cover of their song earns Walter and Mariah a mechanical royalty. 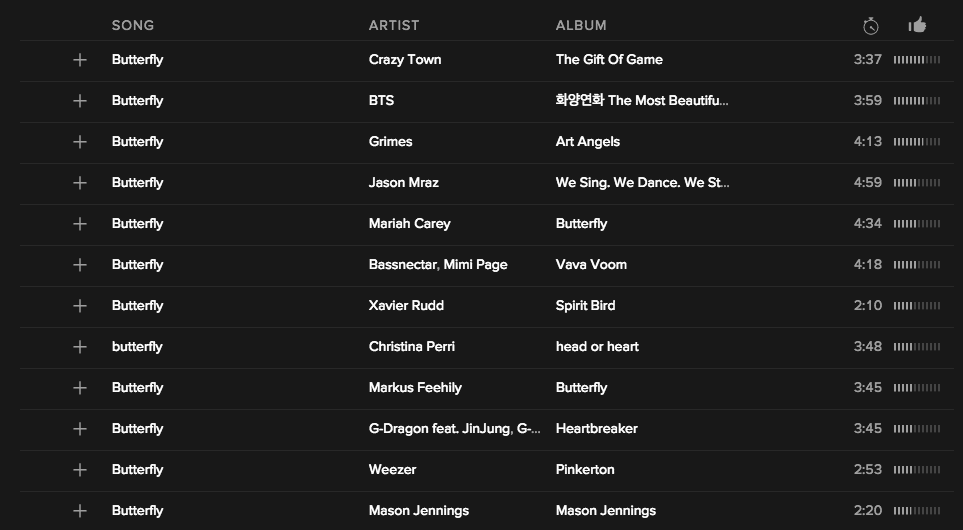 The only real way to distinguish (currently) is to actually listen to the song and determine if it is an original or a cover.

So, that’s why the streaming services should require distribution companies to provide this information. It would solve all of these problems (for new releases).
+Do You Want To Get Offers To Play More Shows? This Is The Best Site To Make That Happen!

But since there are millions of songs already on Spotify which have incomplete data, the industry needs to figure out a way to deal with this.

Sources have said that Spotify has put aside $17-25 million for pending and unmatched songs to pay publishers who come forward and request their mechanical royalties.

But, regardless, the law states today that streaming services must obtain mechanical licenses within 30 days of releasing the songs on their service.

And if it’s proven that Spotify has knowingly infringed, they could be on the hook for $150,000 PER INFRINGEMENT. That’s per song that has been registered with the US Copyright Office. That could be quite a bit of money.

If Lowery and company, win this class-action lawsuit for the asking $150 million, every songwriter who falls within this class (all those who haven’t received NOIs, given Spotify a direct license or been paid all of their mechanical royalties) will be entitled to an equal split of the $150 million – regardless if they’ve released one song for 0 streams or 100 songs for 100 million streams.
+Is Your Music Being Pirated? Find Out And Do Something About It!

And it’s not just Spotify. Apple Music and the rest better get their books in order and start to come up with a solution because they could be next.

Ari Herstand is a Los Angeles based singer/songwriter and the creator of the music biz advice blog Ari’s Take. Follow him on Twitter: @aristake

Photo is by Sorosh Tavakoli from Flickr and used with the creative commons license.